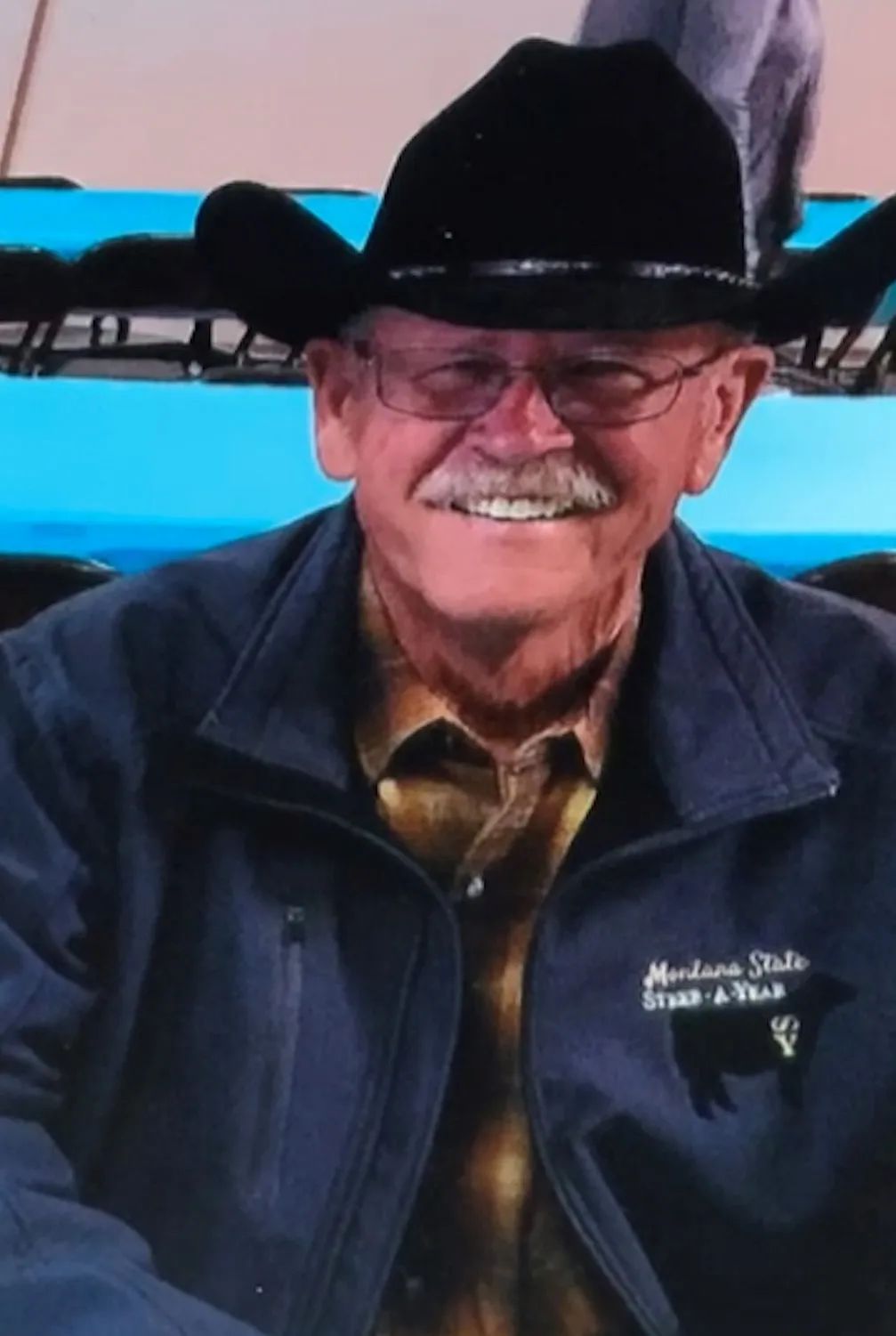 When someone says the word cowboy, Chuck Plymale comes to mind.

His birthright began in 1899 when his grandfather, Bert, came to Montana from Ohio to build a cattle and sheep ranch in Broadwater County. Charles Gilbert Plymale was born to Laird and Eva (Quist) Plymale in 1943 in Townsend, Montana. His sister Bonnie joined the family two years later. It is here that Chuck learned the cowboy way of life.

At a young age, he kept busy on the ranch helping with the livestock. Chuck loved being with Uncle Hubert and the sheepherder hired by the ranch. A favorite task of his was to “help” by riding the sheepherder’s horse while the herder walked alongside.

Chuck was known as his Uncle Hubert’s sidekick. It was Hubert who taught him about livestock and took him along on many cattle drives. Later, Chuck was able to break his own horses. As he progressed in his understanding of livestock, he became the trail boss of the Plymale cattle drives which hosted guests from all over the world. On one of those drives, his cowboy wisdom should have been heeded by his daughter: do not follow cattle when they struggle to cross a bog or downed log as the horse will lunge to cross and the unsuspecting rider will be thrown off. After ensuring she was okay, Chuck simply shook his head and continued up the trail trusting that his daughter had learned her lesson.

The building of Canyon Ferry Dam in Broadwater County flooded most of the family ranchland and the decision to keep only the cattle was made. In 1954, Bert formed a partnership with his sons Hubert, Laird, and Wayne, who at the time were all in their mid-thirties. This was the beginning of the Plymale Brothers Ranch which remains in operation today with Chuck, his son David, and cousins Dwain, William, and Randy Plymale.

When Chuck was thirteen years old, he purchased his first cattle herd, which consisted of two cows he used for his 4-H project. He earned three dollars a day when he began working on the ranch and paid three dollars per month to pasture his cows.

In later years, he was again involved in 4-H with his children Francie, Jennifer, David, Suzanne, and Carrie. Many hours were spent helping to teach them how to lead a steer, feed the right portions for weight gain, and getting a horse trained and ready for the fair. He in turn had them help with the ranch: feeding livestock, branding, cattle drives, fencing, and farming.

Chuck played football all four years of high school. The Broadwater Bulldogs won the state championship for two years and were co-champions the third year due to a terrible blizzard that prevented the playoff game.

In his college years, 1961-1965, at Montana State University in Bozeman, he was involved with rodeo club and the wool judging team. He graduated with a degree in range management which was utilized in his ranch life. During cattle drives he would enjoy pointing out various flowers, grasses, and weeds to his family and providing their names.

His college roommate and close friend, Jerry, introduced him to Carole Gliko who was a student at the College of Great Falls, now the University of Providence. It was during his visits with Jerry that Chuck’s relationship with Carole grew and they were eventually married in 1967.

Chuck joined the United States Army Reserve and served as a medic in San Antonio, Texas. He took part in the maintenance and transportation fields. His granddaughters agreed that they always felt safe with “Papa” because he had medical training.

Chuck was instrumental in constructing the Broadwater County Rodeo Grounds in Townsend. He proudly maintains the roping chutes and keeps them in good working condition. Chuck participated in parent-child roping as well as team roping with his wife and fellow cowboys.

This cowboy is a gentle and quiet man; carefully weighing his words before sharing his thoughts on a subject. He has instilled the love of his nation and western way of life in his children and grandchildren as well as set an example of being a good neighbor. When seeking out someone to help move cows, write a brand inspection, or engage in a discussion about agriculture look no further than Chuck Plymale.