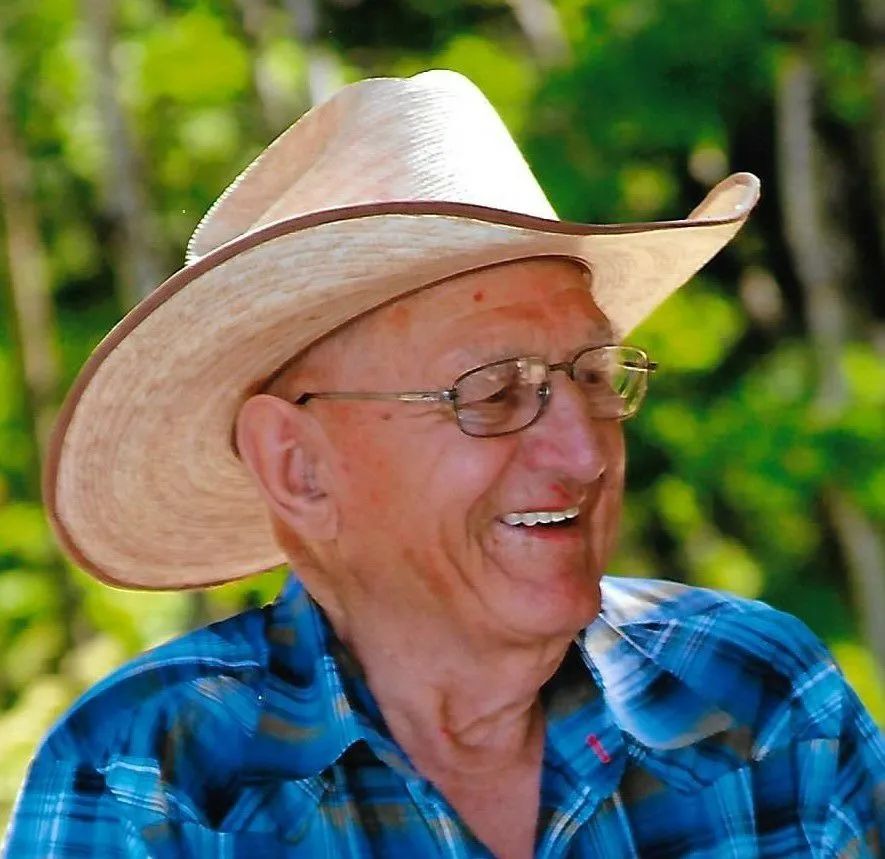 Irwin Conrad Allen was born on the family homestead near Rothiemay, Montana on January 16, 1923, to Stanley and Carrie Allen. He was the youngest of two siblings and attended grade school at Huffman Gulch School and Ryegate High School. Having always worked on the family ranch, at the ripe old age of 16, Irwin started in the sheep business by raising bum lambs. In 1953, he sold what had now become a large band of sheep and went into the cattle business. During the summers, Irwin raised his sheep and cattle in the foothills of the Big Snowy Mountains. His sheep camps were tended from a little cabin in Swimming Woman Canyon. He always said it was a good job when the weather was nice and the herder good natured. All the years he spent on the mountain produced endless stories. From coyotes and bears killing sheep, moving camp at least five times every summer, run-amok strings of pack horses, to switchback trails into the Cottonwood Canyon, the tales are mind-boggling to the average person. Irwin lived and loved every minute of it.

Although Irwin worked hard his entire life, he also made time for the things he valued, which included his many hobbies. He enjoyed restoring antique cars and tractors, writing an Allen family history book, woodworking, horn hunting, fishing, snowmobiling, being horseback, hunting big game and fishing the ponds on his ranch. His favorite pastime was flying his Piper PA18 Super Cub airplane but after six years, he decided he needed a new tractor more and sold his plane. Irwin wrote that he thought it was a good idea at the time but later regretted that decision.

Irwin was an active member of his community. One special event he looked forward to, was the annual Rothiemay Community Picnic he hosted every summer at the ranch picnic grounds. He thoroughly enjoyed visiting with neighbors, friends and family.

Another important part of his life was his commitment to the Lavina Temple Masonic Lodge and the Al Bedoo Shrine of Billings. He was also a member of the Billings Scottish Rite, the Montana Farm Bureau, the National Rifle Association and the Dusters Car Club. In 2013 he was named the Wheatland County Stock Grower of the Year. Irwin participated in the 2015 Chief Joseph Appaloosa Trail Ride, Leg 12 by allowing them to camp out on the ranch and guiding them to pick up the trail.

Irwin was a proud supporter of the Upper Musselshell Museum in Harlowton, Montana where he served on the board of directors since 1985. He owned a Heritage Room at the museum which he furnished with antiques that had belonged to his parents and grandparents and items from his early ranching days. Preserving these Allen family heirlooms and their history was important to Irwin.

In 1999-2000 he sold the last of his cows, got out of the livestock business and leased his land to other cattle producers. Until his passing on April 6, 2018, at the age of 95, Irwin continued to maintain the fencing and water on the ranch with a little help now and then from friends and neighbors.