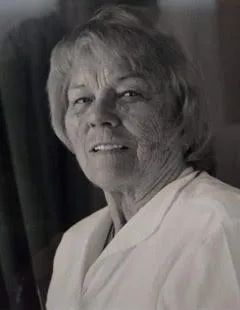 Esther Marie Johnson was born September 5, 1926, the oldest of two children born to Philip Gustav and Catherine (Foley) Johnson. Her father was an executive for Boeing Airlines which required several family moves. Esther and her brother, Philip, spent their early years in Seattle, Washington; Chicago, Illinois; New York, New York; Montreal, Canada and then moved back to Seattle. Esther attended high school at the Ethel Walker Preparatory School in Simsbury, Connecticut, where she made it clear to her parents that her true passions were horses, farm animals, and someday having a ranch. These desires led her to Washington State University (WSU) where she enrolled in the College of Agriculture. She graduated in 1948, being the first women to earn a degree in Animal Husbandry from WSU, as well as a minor in journalism. While at college, Esther was a member of the Kappa Kappa Gamma Sorority and maintained close ties with her sorority sisters throughout her life.

After graduating, Esther headed to Montana where she took a position in the Flathead Valley as a horse counselor for the Shining Mountain Camp. She later moved to a small ranch in the Bitterroot Valley where she put her education to work raising Hereford cattle, honed her legendary culinary skills, and began her long involvement with 4-H. In 1951, while attending the Top Cut Bull Sale in Missoula, she met her future husband John “Pat” McDonald. Pat and Esther were married on November 23, 1953, in Hamilton, Montana. She moved to the McDonald Ranch in Philipsburg where she and Pat expanded the operation and raised their eight children. Esther was proud of the ranch, her family, and the fact that they were able to provide all their children with a college education. In 2018, she presided over a celebration of the ranch’s 150th anniversary.

Esther was busy, both on and off the ranch, and did not know the meaning of retirement. She spent countless hours at her children’s and grandchildren’s high school events.

She was a 4-H leader for over 35 years, during which time she chaperoned hundreds of kids at the county fairs, judging competitions, camping trips, and horseback rides. Most of those kids will never forget camping at Racetrack Lake where it snowed eight inches in July.

Esther was a staunch supporter of agriculture. She served on many committees and advisory boards and was especially proud of her work with the Montana Cattlewomen Association. She was president from 1998-2000 and enjoyed traveling the state developing friendships with like-minded women. Esther was also proud of her involvement with the Granite County Museum and Cultural Center. She served on the Board, was a past Chairman, and volunteered in the Gift Shop.

One of Esther’s favorite pastimes was cooking for friends and family. If you visited the ranch for more than a few hours, she would insist you stay for dinner. At the very least, there was always hot coffee accompanied by fresh cookies or pie. Esther liked cooking so much that she took a job teaching children how to cook at the Anaconda Job Corps in he late 1980s. She thoroughly enjoyed her “second” career and all the good people she worked with.

Esther had a lifelong passion for playing the card game of bridge, which she played well in to her 90s.

She was a dynamic woman of superb leadership skills. Esther’s can-do/will-do approach to all endeavors created positive changes for agriculture, and for women in any lifestyle, commonly recognized only for men in cowboy country. In 2004, she was honored as an outstanding alumnus for being a pioneer for women in agriculture.

She was an accomplished yet humble women who liked helping others but rarely asked for help. Esther always acknowledged gifts or acts of kindness with a handwritten note. She was an icon in the Flint Creek Valley to her family and many friends. Her husband, Pat, passed away in 2017, however, Esther McDonald didn’t stop living life to the fullest until she passed away on February 27, 2020, at the family farm in Philipsburg. She is buried at the Philipsburg Cemetery.