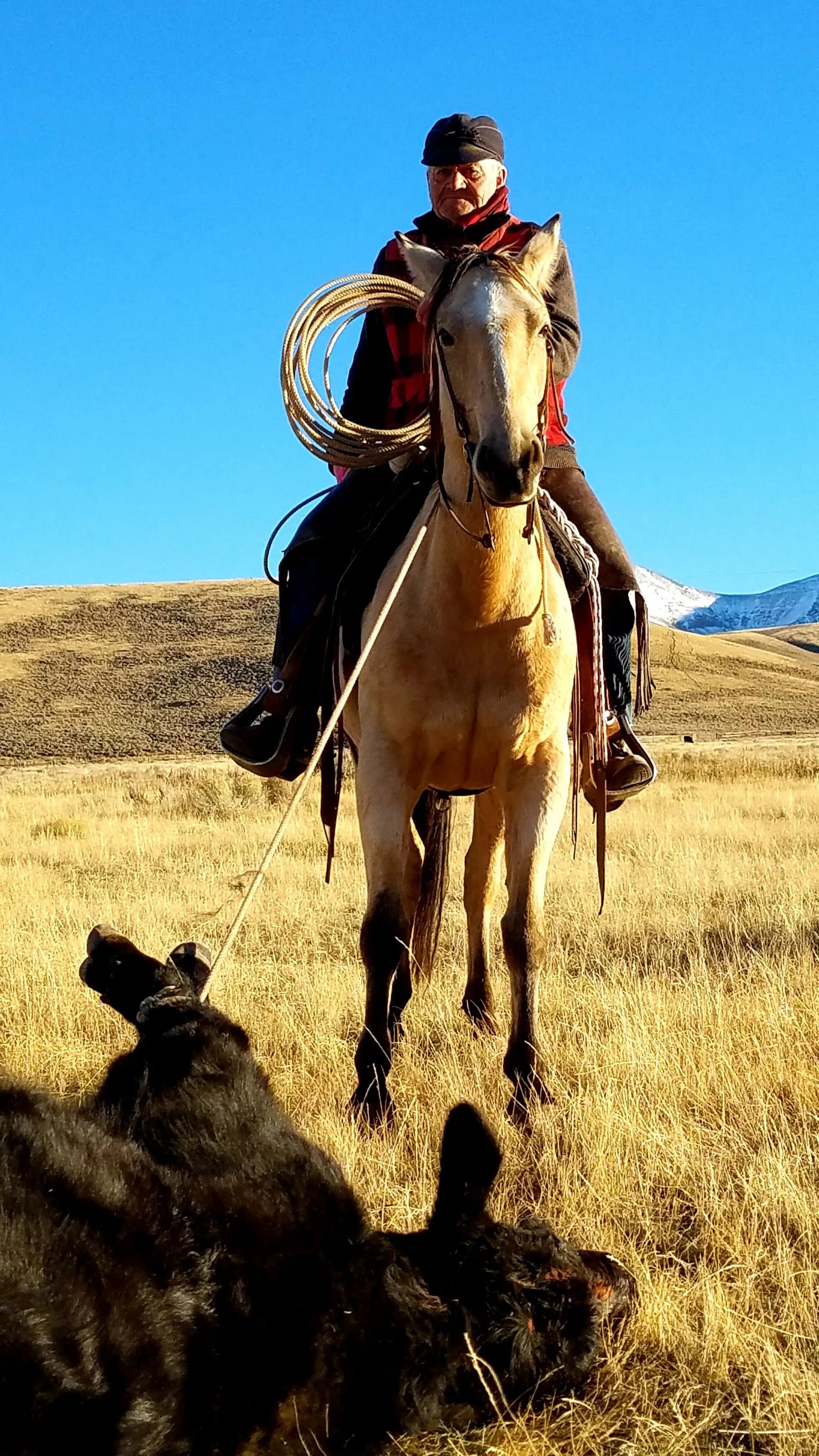 Born in Oregon in the town of LaGrande

Moved to Montana destined to be a steward of the land.

In Beaverhead County is where he would reside

At a square dance in Armstead, he found his bride.

Dan was born November 24, 1940, to Larry and Grace (Willis) Hill in Union County La Grande, Oregon. The middle of five children he followed in his father's footsteps and became a ranch hand at the early age of ten, when the Hill family moved to Armstead, Montana in May of 1951. Dan worked with his father on some of the largest ranches in Beaverhead County; Rock Island Cattle Co (currently The Matador Ranch), LC Livestock (presently the Dragging Y) and for Pete Stefonic, (now the LaCense Ranch).

Dan graduated from the 8th grade in the little town of Armstead, which is now the location of the Clark Canyon Reservoir. At the time, working to help provide for the family took precedence over continuing his education past grade school.

On July 4, 1958, he married his Square Dance partner and love of his life Mary Hayden. Dan always says, "I gave up my independence on Independence Day ".

Dan and his wife purchased a ranch near Dillon, Montana where they raised four children.

Dan day worked for the LC, Diamond O, and Shaffner Ranch helping out during calving to make ends meet.

Having not completed high school, it was very important to him that all of his children would graduate, as well as any of his nieces or nephews. So, anytime there was talk by anyone of quitting school Dan would immediately put his foot down.

Dan and Mary raised their children with a love and appreciation for agriculture and ranching, instilling in them good work ethics and practices.

In 1994, the Hill’s sold the ranch in Beaverhead County and moved to the Glendive, Montana area where they purchased a ranch and resided for several years. In 2002, health issues brought them back to Beaverhead County and closer to their children. Retirement wasn't for Dan, so he went back to work cowboying for the

In 2013 Dan had open heart surgery followed by a hip replacement. Again, the slowing down was not for him, and he went to work for Elk Meadows Ranch near Dell, where at 78 years young he is helping manage the ranch and is horseback almost every day. Dan is admired and looked up to by young and old alike. He uses his life lessons to mentor and help those around him who are interested in the cowboy way of life. Dan and his horse "Buckskin" are often the talk of the town, how there's nothing they can't rope or how he can outwork people half his age. But when you love what you do it’s not work.

My dad is the toughest man I know

Like the Energizer Bunny he's always on the go

I can remember when I was a little tyke

In the fall on a hunting hike

Up the trail, he'd lead the way

An elk we'd find for sure that day

My legs were shorter I couldn't keep up

I went to help him cuz he'd been sick

He went to work before me

I was doing chicken chores you see

So when I got there I caught his spare horse

Must be the tallest one in the county of course

I got this I tell myself

My legs are long and I'm in good health

So I clamber up in the saddle

And out we go to check the cattle

There's one calving, take her in

Pen her up and start again

On and off this giant won't be easy

So I wonder; how does he do it this Dad of mine

Getting on this horse is quite a climb

I finally realize the answer to the problem