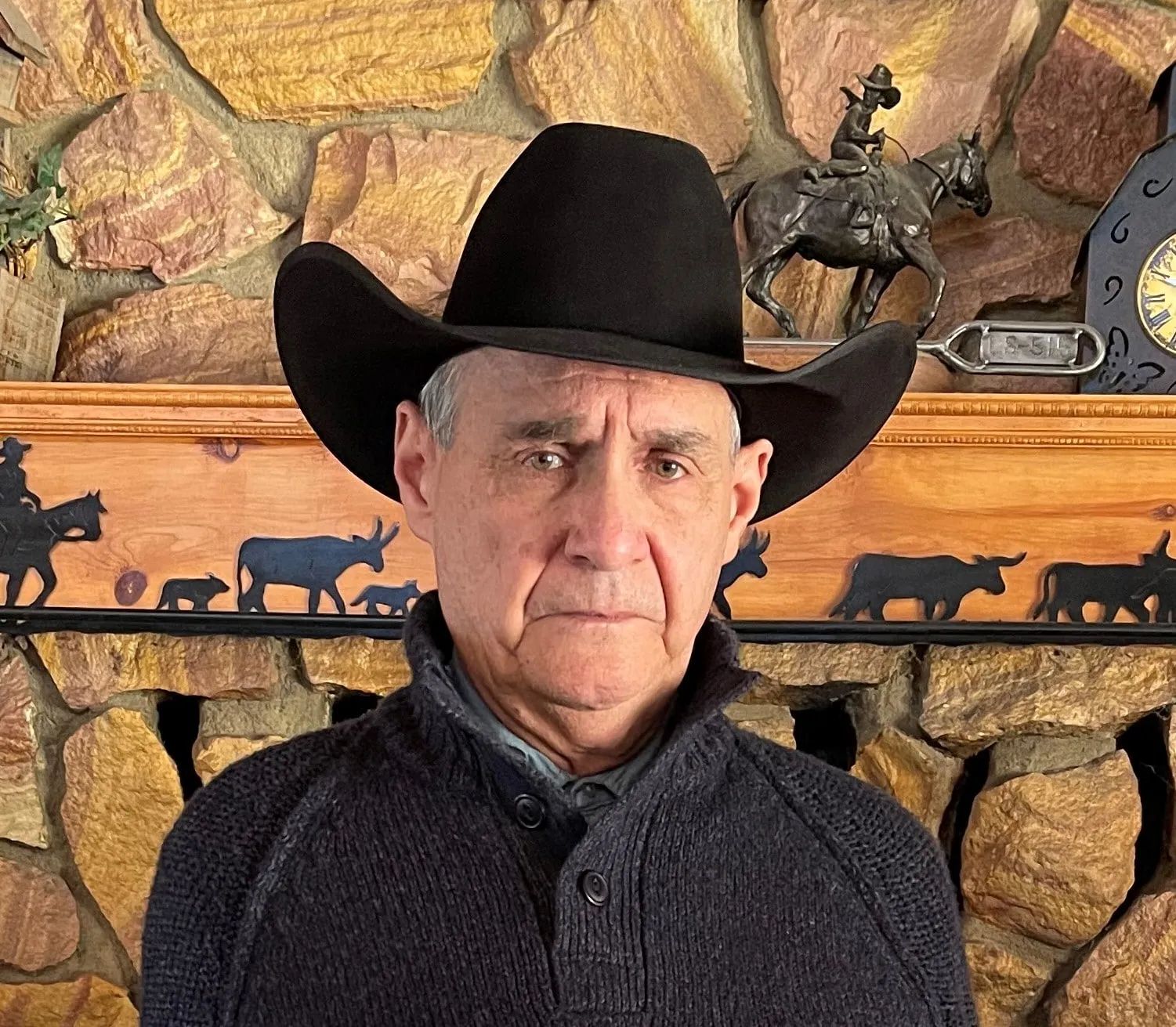 Thomas Michael Harmon was born June 4, 1952, in Lethbridge, Alberta Canada to John Douglas “Jack” and Dorothy (Lastuka) Harmon. “Tom” would become the older brother to Tim and two sisters, Janice and Mary Ellen. The family moved several times between Alberta and Montana until December 1963 when they settled in the Kalispell area.

At around four years of age, Tom received a brown sawdust stuffed horse mounted on wheels as a gift from his “Grampa Jack”, John Donald Harmon. It is worth noting he has been horseback one way or another ever since.

Tom grew up riding an old bay ranch horse and a runaway pinto mare as a kid, then at age 14 he broke a colt of his own. In the fall of his freshman year of high school, he was hired to start a colt for his neighbors, Neil and Mary Sauerbier. Throughout the years Tom started colts at the Flathead County Fairgrounds in Kalispell for numerous people and continued to do so until 2014.

While in high school Tom competed in rodeos where he rode saddle broncs and later competed as a header in team roping competition in the Montana Rodeo Association, the Northern Rodeo Association (NRA), the Professional Rodeo Cowboys Association and entered team roping jackpots – all while continuing to start and ride colts. During this time period he also rode for a horse trader. Tom got on a lot of young trader horses, some good, some not so good. Over the years he has come to realize that the same traits hold just as true for people as they do for livestock.

Tom temporarily went to work for the Montana Department of Livestock (MDL) and worked through the fall of 1973. In June 1974 Tom began his 41-year career with the MDL as a brand inspector at the Kalispell Livestock yards. He attended the Montana Law Enforcement Academy in 1977 and in 1978 he became a Market Inspector. Tom held that position until 1983. After which he became the District 15 Inspector which included Flathead, Lake, Lincoln and the northern half of Sanders Counties. He was commissioned ten year later in June of 1988 by the Bureau of Indian Affairs (BIA) as a Deputy Special Officer in the BIA Division of Law Enforcement Services thus granting him the ability to conduct investigations and exercise authority on tribal lands. He investigated cases involving cattle and horse thefts, white collar offenses and drug-related crimes. In June 2014 Tom, along with another investigator, Ernie McCaffree, were interviewed for a story in the Flathead Beacon, Montana Brand Inspectors: The Original Lawmen. The article was also featured in the summer edition of Flathead Living Magazine. After a long and distinguished career Tom retired from the Montana Department of Livestock in November 2015.

Early on in their marriage Tom made acquaintance with Bob Nordtome. Bob’s dad Ed owned a ranch south of Kalispell. Tom and Mary helped with ranch chores at the Nordtome place where they checked on Ed and brought him meals while Bob was working as a livestock inspector in Arizona. Tom and Mary were asked by Bob to move their family onto the Nordtome ranch. It is here where the Harmon children Jordan, Jessica, and Brian learned how to feed cattle with a team and helped out with calving. They were instilled with a work ethic that serves them well to this day. Jordan followed in his Dad’s rodeo footsteps in saddle bronc riding and works construction. Jessica cared for the orphaned calves and today works as a lab technician. Brian works construction in the Flathead Valley and takes care of his dad’s stock when needed.

In 1985 Tom began his profession as a pick-up man with Rocky Mountain Rodeo. He traveled throughout the year in Montana for numerous stock contractors - Powder River, Gardner, Red Eye, Hoggan Ranch Rodeo Co. and Brash Rodeo. In 1998 Tom was voted NRA Pick-Up Man of the Year and worked the finals picking up at the Metra in Billings, Montana. Tom treasures the years spent alongside fellow pickup men Kenny Carpenter, Walt Vermedahl, Denny Dryer, Bobby Marriott, J2 Brown, Jay Hoggan, Brandon Brash, Charlie Hahncamp, Scott Folkman, and RT Hendrickson. He hung up his chaps in the fall of 2015.

After his tenure with the state, Tom worked for S.M.H. Cattle Co. in Pleasant Valley and Lost Prairie near Marion, Montana. Tom continues to hire out as a local livestock inspector in Flathead County and helps his neighbors calve, brand, and ride on summer leases gathering and moving cattle.

Tom has always tried to share his love of horses with others. As a grandpa and uncle, Tom always has a gentle horse available for the children or uneasy adults who want to ride.

Once during calving season, Tom had to enlist the help of his younger brother, Tim. One of the mother cows was having trouble giving birth and the calf had to be taken by cesarean. Tom opened his knife and told Tim to hold the incision open while he performed the procedure. Once he had the calf out and seeing the look on Tim’s face, Tom said with a smile, “It takes more to be a cowboy than wearing a hat and standing at the end of the bar.” If you were to ask Tim what those words translated into, he’d tell you he heard his brother say that being a cowboy is an unspoken ideal; a way of life that some might argue is drifting away.