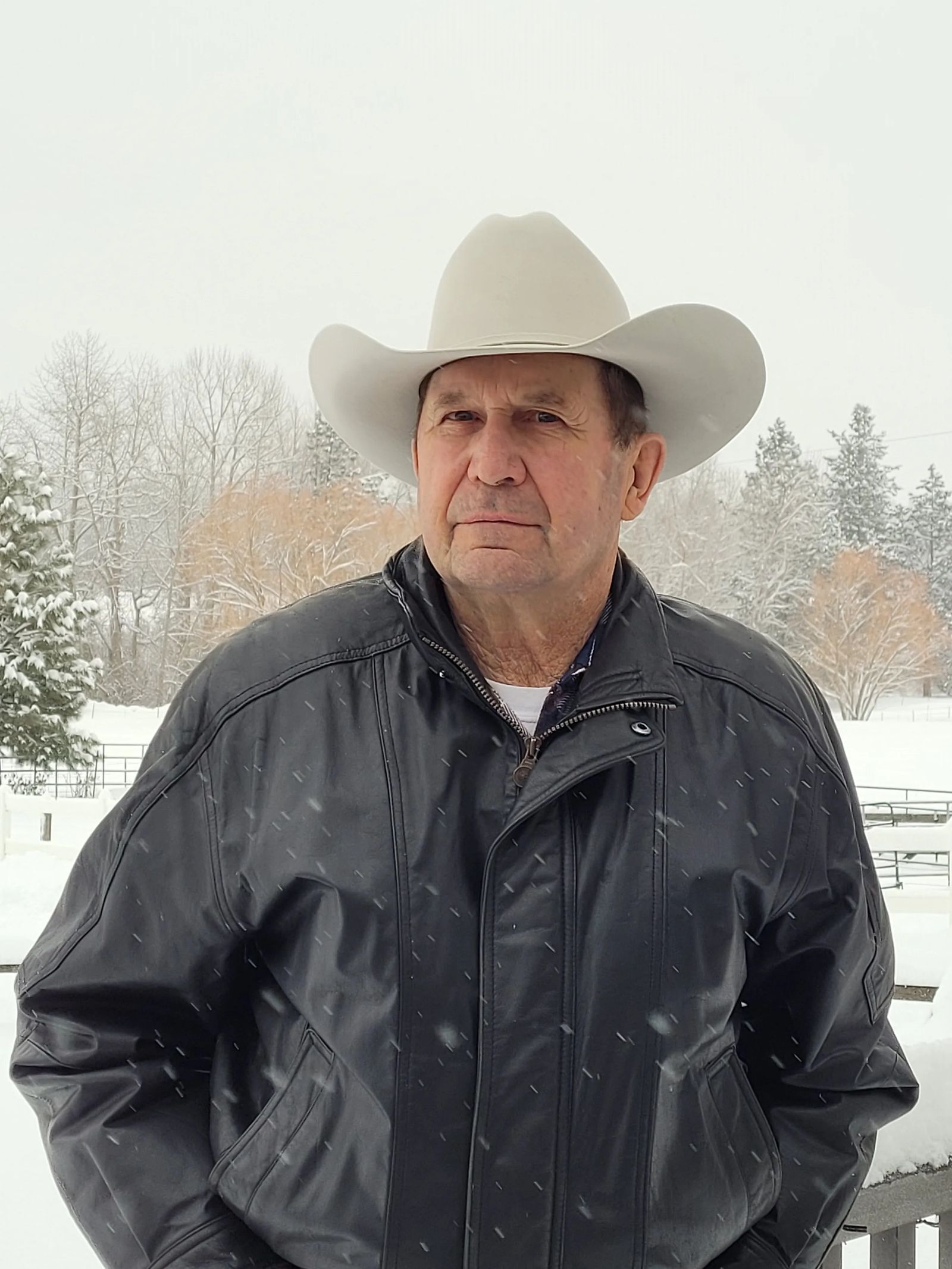 Myrle started riding ponies at an early age and for his fifth birthday received a handmade pony saddle from his father. That fall, they trailed 80 head of cattle, eight miles from Castner Falls to the new Gollaher Ranch, in Chestnut Valley outside of Cascade, Montana. Veterinarian Doc Fisher asked Myrle at age seven to break some ponies and in exchange, he could pick one to keep for himself. Myrle rode them until they quit bucking. He and his buddies Johnny Warehime, Joe VonStein, and Cecil and Sammy Brown, would enjoy races with the ponies. Myrle also trained the ponies to pull sleds and wagons.

Myrle attended elementary and high school in Cascade. He rode calves in grade school and as a freshman in 1957, qualified for the Montana State High School Rodeo in bull riding. Myrle won All-Around Cowboy in 1960, at the District High School Rodeo, taking second in the bare back, bull riding and steer wrestling events.

After graduation, Myrle joined the United States Navy in 1960, and served on an Admiral Staff. He was able to compete in rodeos in California and Hawaii while on active duty and in 1962, leased a stable and broke horses in California. Myrle was contacted by the son of one of the owners he broke a horse for, 58 years later, who remembered Myrle as the man who, “walked the horse around some, stepped on and rode off, when no one else had success in even getting close to the horse.”

Myrle helped farrier Denzel Cameron from Newhall, California and they developed a lasting friendship. Denzel was a horse trainer for renowned Liberty Horse Training, working with horses such as those in the movie The Man From Snowy River. Myrle continues to remain in close contact with Denzel’s widow and family.

In 1962, Myrle was released from active duty and came home to Montana to help his father on the ranch. In 1963, he won the Bull Riding Championship for the North Central Montana Rodeo Association (NCMRA).

Myrle used the knowledge he gained from his college degree in Farm and Ranch Management/Agricultural Business to operate and develop the Gollaher Ranch into what it is today.

His two sons, Mike and Ted, both took an interest in steer wrestling so invested their time in the Blixt School of Doggin’ in Helena, Montana. The boys successfully competed in NRA and PRCA rodeos.

Myrle was interested in different types of Angus cattle so he established his own registered herd of Black Angus in the mid-1970s. It was important to him to have genetically desired cattle that produced a light birthweight calf with a good growth rate. Additionally, it was a good way to raise the bulls that he couldn’t afford to buy. Myrle received numerous buckles and awards for his registered cattle.

In 1993, the Treasure Test Center in Vaughn, Montana, the source validator of high quality, performance tested “Cowboy Kind” Black Angus Bulls, awarded High Individual Gain, 1st Place Bull, and High Gaining Sire group to Gollaher Ranch. Bull ‘Premier Chairman’ produced steer calves who won the highest group (six head of cattle by the same sire) for Montana and was second nationally in the American Angus Association Gain and Carcass Contest. Veterinarian Bill Patton stated, “Do all the numbers you want, but Myrle has the finest herd - because he has an eye for cattle”.

Trailing sale cattle to the stockyard and loading on train cars, to be shipped to the Midwest, was an annual social event Myrle enjoyed amongst the local Cascade ranchers. It was a highpoint to trail Charlie Hodson’s one thousand head of steers thirty miles from the Holland Place down Adel Road to Cascade.

Myrle was an active member in the Cascade Rural Fire Department from 1970-2016. He assisted the Cascade High School wrestling coach Gary Romness for two years beginning in 1973. Myrle devoted 30 years of horse and livestock training and judging for 4-H in Cascade County. The Gollaher Ranch hosted FFA functions until the events became too large and had to be relocated to a facility in Great Falls. To this day Myrle will mentor anyone who asks questions about horse breaking, cattle operations or even share a simple horseback ride to a small, fascinated child.

After 42 years of bull sales, 70-100 bulls a sale, drawing buyers from several states, and owning and operating the Gollaher Ranch for over 50 years, Myrle made the decision to officially retire. He has experienced a fulfilling life derived from many enjoyable and rewarding accomplishments.