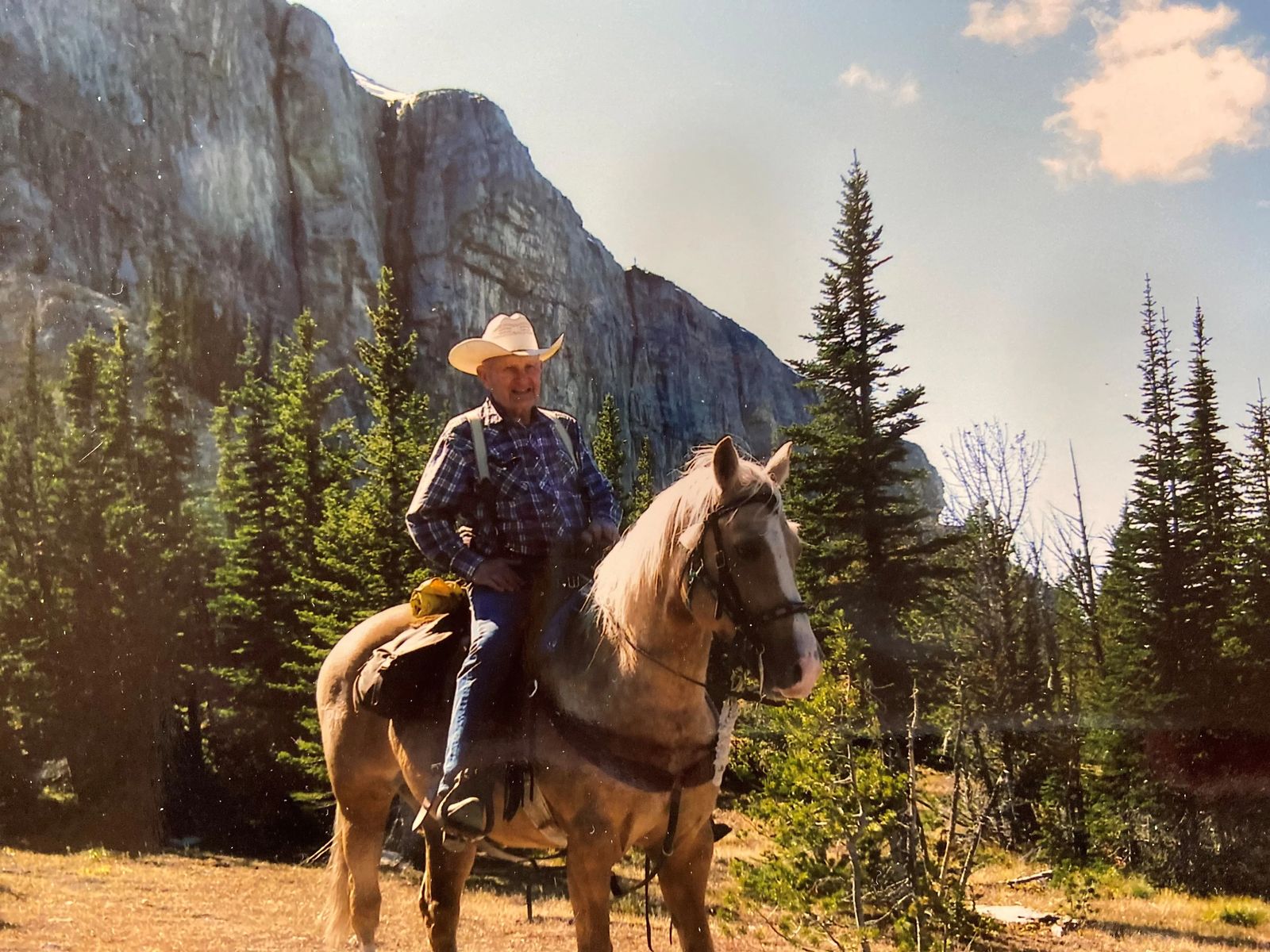 Raymond Glenn Cebulski was born to Nick and Bertha (Mitchell) Cebulski just south of Malta, Montana, on October 9, 1926. Eighteen months later, the Cebulski’s welcomed their second son, Russell, completing their family. During the Great Depression, they moved into Malta, where “Ray” would receive his education and cultivate his passion for horses.

When Ray was eight years old, he began spending summers with his uncles and grandfather at their ranch outside of Malta. This place became a second home to Ray and instilled a strong work ethic in him, as well as a love of ranching, horses and cattle. He recounts that his mother would have to bring him back home kicking and screaming at the start of the school year. When asked about his early-career ambitions, Ray stated, “I knew I wanted to be a rancher from the time I was a young boy. I wanted to spend my time around stock and horses.”

And spend time around horses, he did! When Ray was a freshman in high school, he bought his first horse, Sandy, for $25, which was quite a bit of money in 1941. Sandy was the first horse that Ray broke but would not be the last. As soon as Ray graduated from high school, he went to work for his dad on a leased ranch 25 miles south of Malta. As a top hand, Ray managed the cattle and farming, but happily spent a majority of his time on a saddle horse, riding herd on the cattle. Four years later his father’s lease came to an end, and Ray moved on to assist other ranchers around the area.

Back in the saddle, Ray felt at home. He continued to work cattle and break colts for different ranchers across the region, which kept him busy year-round. On most ranches, Ray’s work began soon after his 6 AM breakfast. He’d work until noon, only stopping for a quick lunch, and continue the strenuous work until 6 PM. This daily commitment earned him room and board, plus a monthly wage. Ray learned many valuable lessons as a young cowboy – although he’d say the most important was, “learning to work and work hard.”

1949 was a dry year and jobs were hard to find. Ray was helping his uncle on the family ranch when based on his reputation for breaking horses, Ray was recruited by Erwin Miller, part owner of Miller Brothers Land & Livestock. Things continued to look up for Ray that year. He not only had earned a job working for Miller’s, but he also met his soon-to-be wife, Barbara Ann Messerly. What began with a dance in Malta, blossomed into a three-month courtship and a 72-year marriage, celebrated annually on September 17 and, as Ray would say, “She’s been winning the arguments ever since!”

In its glory, the Miller brothers ranch owned 346,000 acres from the Canadian border south through the Bears Paw Mountains and the area of Cleveland, Montana. They owned about 7,500 cows that Ray and a handful of cowboys would trail down to the Fort Belknap Reservation each spring, just before calving season. These were some of Ray’s favorite excursions, as they would pull a chuck wagon, like he’d read about in books as a kid. Ray remained at the Miller brothers’ ranch for nearly a decade before it was sold. The Cebulski’s took this opportunity to load up their five children, two dogs, and a couple of good saddle horses, and head south to Seeley Lake, Montana. Once the family was settled, Ray began loading lumber for Pyramid Mountain Lumber to support his family. He quickly came to realize that if he loaded two carloads a shift, he could earn $60 a day, so he set aside his cowboy boots during the work week.

In 1974, Ray opened a successful trucking business and for the next 22 years he hauled log homes across the United States. When he wasn’t on the road, Ray and Barb would gather their children and friends and head out on pack trips into the Bob Marshall Wilderness. This tradition was upheld for decades, forming lifelong memories not only for their children, but also ten grandchildren, and eventually eight great grandchildren.

Ray refers to himself as somewhat of a gypsy because he’s always felt called to explore places he’s never been. In fact, his favorite trip happened just ten years ago, one that he’d be planning over the decades. He took two friends, three pack horses, a saddle horse, and began an eight-day, 110-mile trek, from Glacier National Park to Seeley Lake. During times spent in the saddle, Ray forged countless friendships. Some with other cowboys, but most importantly, with his horses. He treated his horses like they were his buddies and held many conversations with them. His favorite horse was Penny, a friendship that began when he was just a colt. Ray brought this horse everywhere, including the move from Phillips County to Seeley Lake.

It’s clear that Ray had a passion for hard work, his horses, and his family. However, Ray found pleasure in his other responsibilities, as well. While Ray’s children attended Clinton School, Ray willingly served on the Clinton School Board. In 1974, Ray joined the Missoula Electric Cooperative Board to represent the Seeley Lake District. He has held this role for 47 years and played an active part in the on-going changes that have taken shape over the course of time.

In all chapters of Ray’s life, the common thread has been grit and dedication. In or out of the saddle, he is a true Montana cowboy and is known as a man who works hard in all aspects of his life.