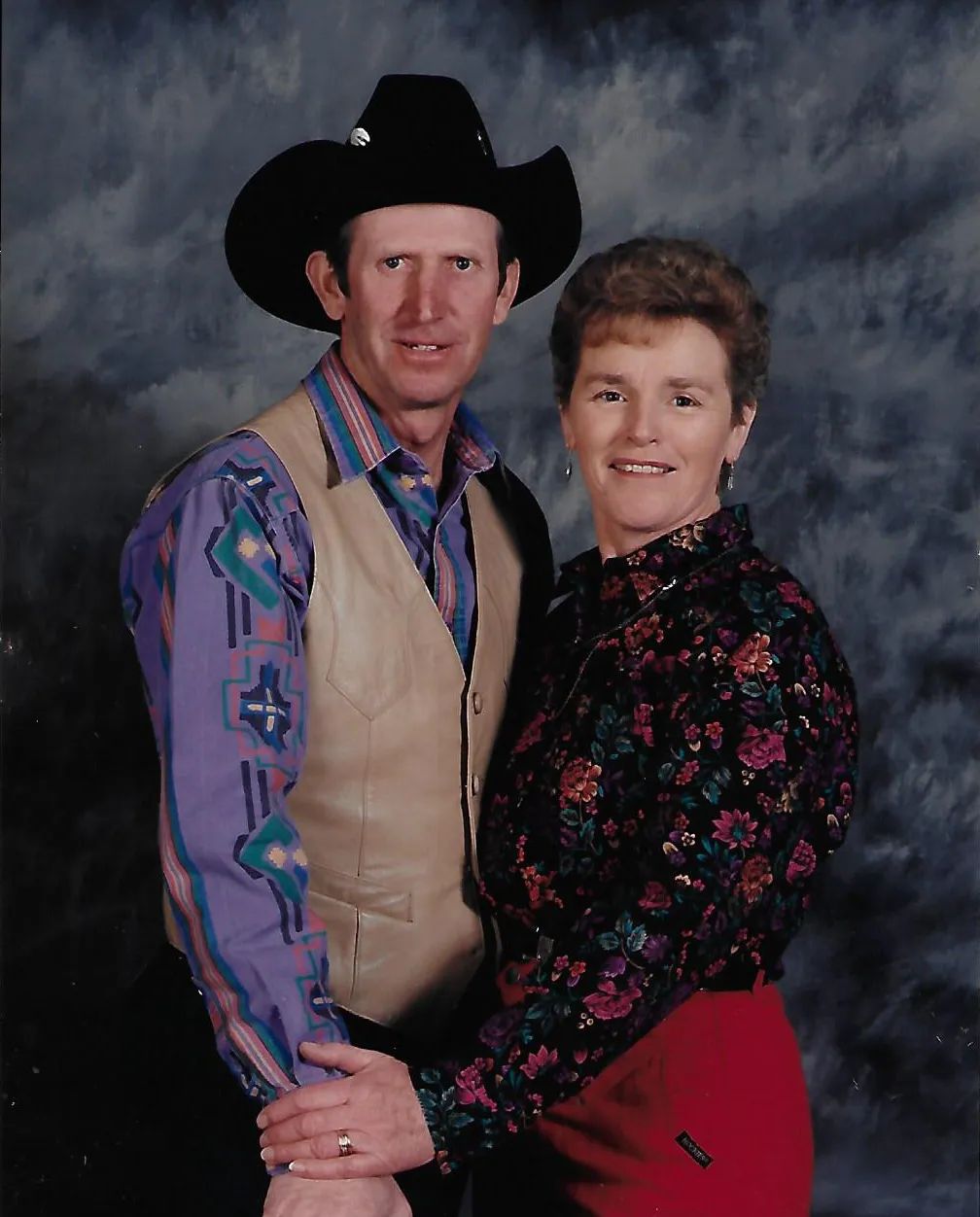 The family roots of Ardelle (Nelson) Sebastian Hart were planted deeply in Montana by her grandparents, cowboy homesteaders, George and Annie McCoy, in 1899. George had trailed cattle with Charlie Russell. Ardelle’s mother, Martha (McCoy) Nelson was the first white child born, in what is now known as Sheridan County, on McCoy Creek. Ardelle was the third child of Martha and Lester Nelson.

As a small girl, while riding her stick pony, she watched her neighbors, Alfred and Les Johnson, ride horses as they worked on their ranch. Her hero, Uncle Bill McCoy, opened the doors for this cowgirl’s dreams to come true by helping her acquire her first horse. With her brother, Leonard “Cowboy” Nelson, the two siblings rode horseback everywhere.

Ardelle graduated in 1957 from Plentywood High School where she was active in the Sheridan County Saddle Club. There she met and then married, a neighboring young rancher, Selmar Sebastian. Four children were born to the Sebastians, Kimberly, Karena, Susan, and Les. The young family enjoyed breeding and showing Hereford cattle and Appaloosa horses along with participating in the sport of rodeo. Several of their highlights were traveling to and showing livestock at national shows in Missouri and Arizona.

The Sebastians began raising Quarter Horses and became friends with Ed and Jean Zugg. The ladies enjoyed barrel racing in Montana and Canada. In 1968, following a tragic car-train accident in Canada, in which Selmar died, the young widow, Ardelle, was left to raise four children under the age of seven and, to the best of her ability maintain the lifestyle they knew and loved. With grit, tenacity, determination, love of family, and a deep faith, Ardelle competently took over the reins, leasing their farming land and selling many of the horses. With the help of her family she was able to expand the cattle herd and keep the ranch operating.

Kenneth “Ken” Hart, son of Wilfred and Ethel Hart, is a native New Zealander, who grew up participating in rodeo. As the 1968 New Zealand All-Round Champion, he came to North America to compete as a World Wide Rodeo Champion. At the Ponoka, Alberta, Canada rodeo, barrel racer Ardelle met rough stock rider Ken. They often saw each other at rodeos and began dating. They were married while attending the Denver Stock Show on January 23, 1971, where Ken was competing in bull riding. With their ready-made family, Ken and Ardelle competed in the summer rodeo circuit. They returned home during the school year, making improvements on their ranch near Outlook, Montana.

Daughter, Rachel, entered their lives on Ken’s birthday, Father’s Day, as one of the best Father’s Day gifts he ever received.

In 1976, while dismounting a bull at the Cheyenne Frontier Days Rodeo, Ken was injured. Ardelle was pregnant with their son, Shane. On the way home from Cheyenne, Wyoming, Ardelle and Ken decided to retire from rodeo competition and concentrate on their family and ranching lifestyle. Not deterred from producing quality red-hided cattle through several drought years, the Harts have kept their herd red with Red Angus.

Their surviving children are grown, married and have blessed them with grandchildren.

Along with being full-time grandparents, the Harts have kept active as the “hearts” of the Outlook community and in Sheridan County through their work and volunteer leadership with 4-H and FFA. They are always available to share their knowledge and to support the endeavors of all youth.

Ken served as a director of the Sheridan County Stockman’s Association and Ardelle actively promoted beef education and awareness through her membership in the Big Muddy CowBelles. As a hobby, Ken took up leather work and has created many saddles and tack for family and friends. His latest project was to teach his grandson, Conner, how to build a saddle.

Ardelle was honored as the 2011 KATQ-AM/FM radio station’s Ag Woman of the Year. She also serves as Minority Advisor for the local FSA (Farm Service Agency), is president of the Outlook Cemetery Association, and is active in the St. Boniface Catholic Church.

Although their rodeo tack was hung up years ago and their trophies are now treasured memories, Ardelle and Ken remain connected to the rodeo world. For over 25 years they have met with life-long friends at the Wrangler National Finals Rodeo in Las Vegas.

To say they have slowed down, is an understatement! They continue to raise cattle and hay with their son, Shane, and help their neighbors at calving, branding, and shipping time.

As Ardelle and Ken say, “Ranching can be hard but it is also a very rewarding way of life. There is nothing better than the smell of green grass, a rainbow after a spring rain, and the ultimate joy discovered in watching a new born calf come to life.”

The Harts cannot imagine living anywhere else than on their ranch in northeastern Montana. They continue to love life and are passionate about their cowboy heritage as they actively transfer that joy to their family’s future.