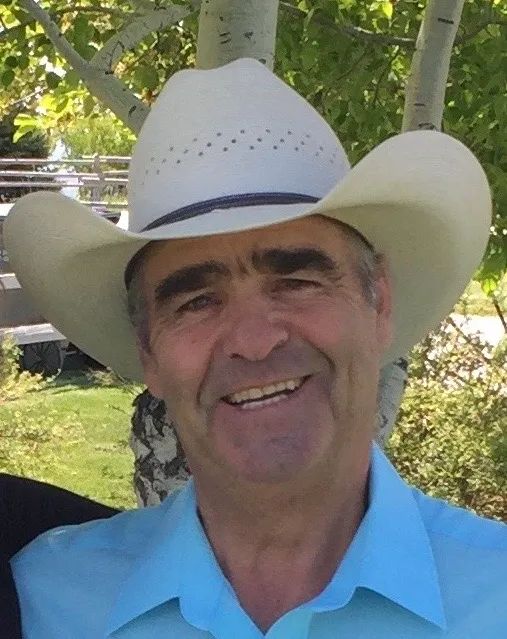 Arthur Wesley “Spike” Short has become a ghost rider in the sky. Bucking horses, snorting bulls, and rugged Montana weather and terrain could not defeat him in his sixty-seven years. It was cancer that made his life go haywire, and although he spent a lifetime fixing broken cattle, fences, and hay machinery, cancer was the one challenge in his life he could not mend. Spike Short passed away on April 26, 2020.

Spike was the epitome of a genuine Montana cowboy. His ranch life legacy abounds within Meagher County through stories of his adventures shared among his vast circle of friends and family, whom he loved to visit at any available gate stop.

Spike Short grew up in a ranching family between two original homesteads near White Sulphur Springs. Since he was related to most of the agricultural landholders in that area, he spent his life mastering the attributes and skills of a true cowboy, all while helping neighbors with their ranch work. The cowboy life was a tremendous source of pride for Spike, and he was eternally dedicated to covering every inch of the county on horseback. In his final years, Spike loved to take drives around the county and describe in vivid detail all the stories he accumulated during a lifetime of cowboying. There were many outstanding horses he trained, cows he conquered, dogs that worked alongside him, and relationships that were enriched because of hundreds of friends he made in the process.

Spike Short came into this world in 1952 and was soon outfitted in chaps, boots, spurs, and a cowboy hat. The “uniform,” as he called it, would be what he wore every day for the rest of his life. Spike’s natural equestrian aptitude mirrored his father’s, and led him to his first independent cowboy job at the age of 12, working for a ranch near Smith River in Meagher County.

During his childhood, Spike watched every cowboy T.V. show there was and even practiced tripping his horse while running to emulate the stunts he saw in the Hollywood Westerns. But that was as close to glitz that he ever got, as his cowboy life in adulthood was more humbly grounded and going “full tilt” in the mountains without a camera or an audience anywhere nearby. That suited him best.

Spike performed some of the most interesting and rugged cowboy horse stunts on the job, often through badger holes, boulders, inclement weather, and with mountain lions stalking him. Most people who knew of Spike, thought of him as the “Man from Snowy River” who could ride a horse down a steep mountainside and bring in a herd of wild horses when nobody else could…by himself. That imagery of Spike is a great representation of his larger than life and movie stuntman skills that were always toned down by his unpretentious approach to getting the job done. Up until the last year of his life, if another rancher had a bull they couldn’t bring in, they’d call Spike and he would go get the bugger.

Through the years, Spike broke hundreds of horses. He preferred to do any ranch work he could horseback, even when there were trendy automated ways available that had replaced the old methods. He saddled up to move cattle, rope for brandings, doctor critters, pack salt and check fences. Spike also broke teams to stack hay and, in the winter, haul wagonloads of hay to cattle. Spike would make treks into Butte Creek on horseback before the spring thaw, rather than use a snowmobile. He could get most horses to do what he needed done, from closing gates horseback to chasing and roping anything challenging that crossed their path while on the job. He always had great horses and kept them neatly shod, even when he was battling cancer.

Spike and his dogs had a solid partnership and saved each other many times from charging cows, porcupine disasters, swampy ground or thick brush situations. They were all together fighting a bull that stuck its head under Spike’s horse’s hind end and wheelbarrowed him down the hill before burying his dog in a snowbank. Spike thanked the dog for the rescue by in turn roping the bull to rescue the dog. There was a sword fight on one occasion where a one horned cow went to war with both cowboy and dog, intermittently, in a jousting style event. That particular cow may have won the battle that day. There is a story about his young cow dog needing a rope rescue after falling into a raging Sheep Creek while chasing cows, and another where his horse got tired of an ornery bull and helped him out by whirling around and kicking it squarely between the eyes to get its attention. There were lots of great battle stories from all the years combined that were complemented by top performing horses and dogs.

Spike worked with mules for both roping and driving. He discovered that mules can be very hard mouthed to drive when the mule team he and his dad were driving stampeded and dragged an old wagon mercilessly across the countryside. The two cowboys ended up putting their boots through the floorboards of the wagon in an attempt to stop the chaos, and both men were running on the ground at times in a process they described as operating a Flintstones vehicle. Spike got bucked off in the middle of creeks, bucked down the entire length of the four-foot calving shed alleyway, and through an entire section of lodgepole pines. He rode that one.

Through all his years as a working cowboy, Spike was a dedicated family man. He brought the kids to the cow camp to move cows and share his way of life. If he ever needed a sitter to watch over them so he could go do some real cowboying, there was always an older cow dog who fulfilled that role. Spike provided much entertainment for the family with his agility skills in being able to get away… from charging cows. He could run, trip, flip a somersault, and still be running when he came back up to successfully head off a horse, when needed. He danced like a gentleman cowboy with his wife and daughters, taught his grandkids how to ride, traded horses regularly with his neighbors, and as a reminder of his time as a Montana cowboy, left fences, loading chutes, barns, friends, and stories everywhere he worked.