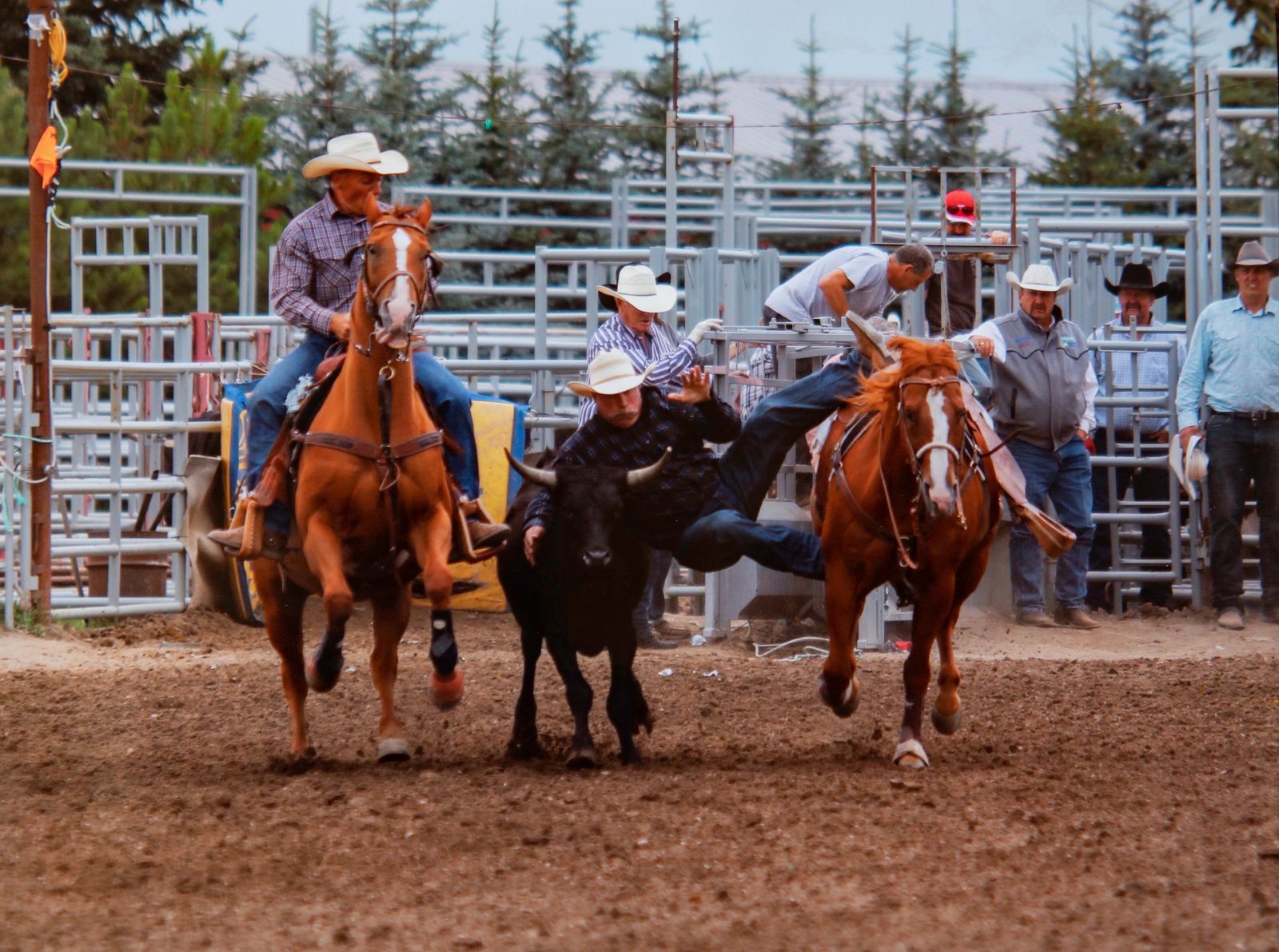 Kent Robert Mosher was born in 1953 to Roland and Carol (Reeder) Mosher.

From an early age, Kent’s life revolved around ranching and rodeo. He was raised on the Mosher family cattle and horse ranch outside of Augusta, Montana. At 14 he attended a calf roping school, in Hayden Lake Idaho, conducted by Professional Rodeo Cowboy Association (PRCA) member George Richmond. At the same time, the closest high school rodeo was being held in Plains, Montana so he made a quick trip there to compete, in order to qualify for District, then back to the calf roping school.

As a Freshman he competed in calf roping and placed in District and State and qualified for Nationals, in Topeka, Kansas. His parents were busy with his siblings and the ranch so he did not make it to the finals that year. His mother later regretted that decision. His Sophomore year he competed in calf roping and cow cutting. When the following year he qualified for Nationals Kent and his mother loaded the two-horse trailer and headed to San Antonio for the National High School Rodeo Finals. In his Junior year, he began competing in cow cutting, calf roping, steer wrestling, and bareback and bull riding. He made it to the National Finals in calf roping and steer wrestling which were held in Fargo, North Dakota. His Senior year, he competed in the same events as his Junior year and traveled to Filer, Idaho for the National Finals. He was awarded Outstanding Senior High School Montana Cowboy from Montana State University (MSU) in 1971. That same year, he enrolled at MSU in Bozeman, Montana competing in calf roping, steer wrestling, bull riding, ribbon roping and bareback riding with MSU Rodeo - 2nd Team. The men’s team were national champions that year. Kent lettered his freshman year and received a full ride scholarship for the remainder of his college term. His Junior year, the men’s rodeo team were Runner-Up National Champions and his Senior year they were awarded National Championship honors.

Kent chose to take a leave from rodeo competition in 1985 to raise his children, Ross and Karlee, cattle, and horses.

In 1998, he pulled out his steer wrestling saddle and entered rodeos that were closer to home.

During his competing years he qualified for the Montana Pro Rodeo Finals several times, in the mid 1980’s and late 90’s.

Kent traveled to high school rodeos in Montana and onto Nationals with his son Ross who was competing in steer wrestling his Junior and Senior year.

In 2007, Kent entered in a handful of Senior Pro Rodeos and qualified for Nationals held in Winnemucca, Nevada. In 2011, he started going harder competing in calf roping, steer wrestling, ribbon roping, team roping and eventually breakaway roping. He qualified for the Canadian finals each year in the Senior Pro Division and World Finals all but one year. Kent has received numerous titles and awards including all-around saddles and trophy buckles. Today, he competes in calf, ribbon, team and break away roping.

Kent served on the Augusta School Board for two terms, totaling eight years. For a number of years Kent helped coach Small Fry Football and Little Guy AAU and USAW Wrestling. He served four years as a Montana High School Rodeo Judge, organized and taught a number of steer wrestling clinics and assisted steer wrestler, Walt Linderman, with his clinics. For over ten years Kent hosted FFA and 4-H Livestock Judging Seminars on his ranch and provided steer wrestling horses to rookies when they first started competing including PRCA Steer Wrestler Ty Erickson. Kent has been a member of the Shrine Fraternal Organization for over 20 years working to raise funds for the Shriner’s Hospital for Children. As a Shriner, he has actively served with the Mounted Horse Patrol and East West Shrine Football Game Committee.

Kent continues to ranch, raising hearty Red Angus cattle and horses with exceptional calf roping bloodlines. His reputation brings repeat buyers for his bulls and bred heifers as well as the feeder calves.