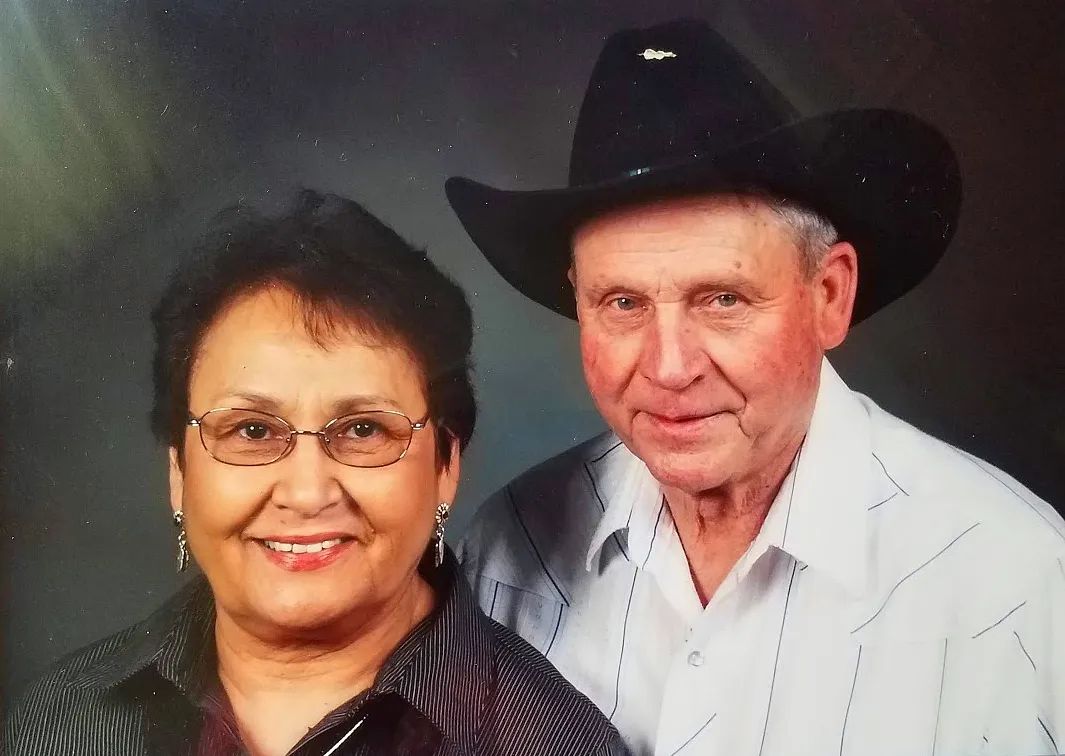 Lewis Carroll was born to Edwin and Nellie (Pond) on his father's homestead near Birch Creek, in Pondera County, on June 10, 1932, the youngest of five girls and three boys. Edwin died in 1957 and shortly thereafter Nellie moved to Spokane, Washington. She continued to make yearly visits to Montana and to the "home place". Nellie passed away in 1984.

As with most Montana families, times were tough during and after the Great Depression. The Carroll family was very self-reliant and sufficient in the fact that they had nothing but also wanted for nothing. An abundant and well-tended garden with a beef or hog to butcher meant "Biscuits were hanging pretty high".

Lewis went to a country school where his mother was also the teacher. He, his mother and siblings walked, rode horseback or traveled by team and wagon to the one-room schoolhouse. Childhood memories were retold on occasion that involved unbroke horses and runaway teams coming and going to school. When Lewis finished the 6th grade, he gave up schoolwork to work on local ranches. In his younger days he wanted to be a bronc rider but gave that up after a few good "wrecks". He continued to be involved with horses most all of his life, breaking colts to be good ranch horses. Lewis used many of these horses during calving time to "doctor" sick calves, drag calves to the branding fire and to check on cattle when they were on summer pasture. He always had a good horse nearby.

Roselynn Pepion was born in 1935, one of five children, to Aloysius and Rose (Hall) Pepion and a member of the Blackfeet Tribe. Her father was born in 1897on the Blackfeet Indian Reservation, where he also attended elementary school. His high school education was obtained at Carlisle Indian School in Pennsylvania. Roselynn's mother was born on the Blackfeet in 1905. She attended both elementary and high school at boarding schools. Roselynn was raised on Blacktail Creek near the southern edge of the reservation and has many fond memories of visiting friends and family up and down the creek. In 1939, Roselynn's brother Martin had a significant part in the Shirley Temple movie, Susannah of the Mounties. She was only three at the time but remembers to the day, attending the local premier of the movie.

In 1955 Lewis rented a ranch north of Browning. Every spring for five years he trailed his cattle from Birch Creek to the ranch on Milk River and back home again in November. The trail drive lasted a couple of days but since fences were rare in those days, the route was fairly straight. The ranch itself had few fences so riding took a great deal of time to keep everything gathered up. Cattle sensed the approaching of winter and were usually ready to get back on the trail home.

Lewis married Roselynn in 1957 and together they raised three children, first on the ranch at Birch Creek and later on the Two Medicine River.

In 1971 they jumped at the chance to buy a ranch on the “Two Medicine” that could run about 500 head. Over the years Lewis & Roselynn have continued to make improvements to the ranch. Lewis was named Conservation Rancher of the Year for Pondera County in 1972.

In addition to managing the Carroll household, Roselynn prepared loving meals for her family as well as endless branding and haying crews for many years. She enjoyed the chores of yard work - pulling weeds, stacking brush and any other that needed to be done as they brought her a great satisfaction of accomplishment.

In 1985 Lewis built a bridge across the Two Medicine River that stands today. The ranch contained the location of the Lewis and Clark skirmish with the Blackfeet Indians and an area where many dinosaur fossils were located. Lewis and Roselynn sold the Two Medicine ranch in 2002, moved to a small place near Sun River and later to their current home in Fort Shaw, Montana.

There was always music in the family and in retirement Lewis played guitar providing back-up music for the good musicians of the Northern Rockies Band and later with District 8 Old Time Fiddlers Association.

Roselynn had a special relationship with her grandkids when they were young, taking them on delightful walks in the hills and along the river. They all enjoy time spent with their grandma and grandpa.

Lewis and Roselynn, now married for 62 years, continue to live an active life at their place in Fort Shaw.