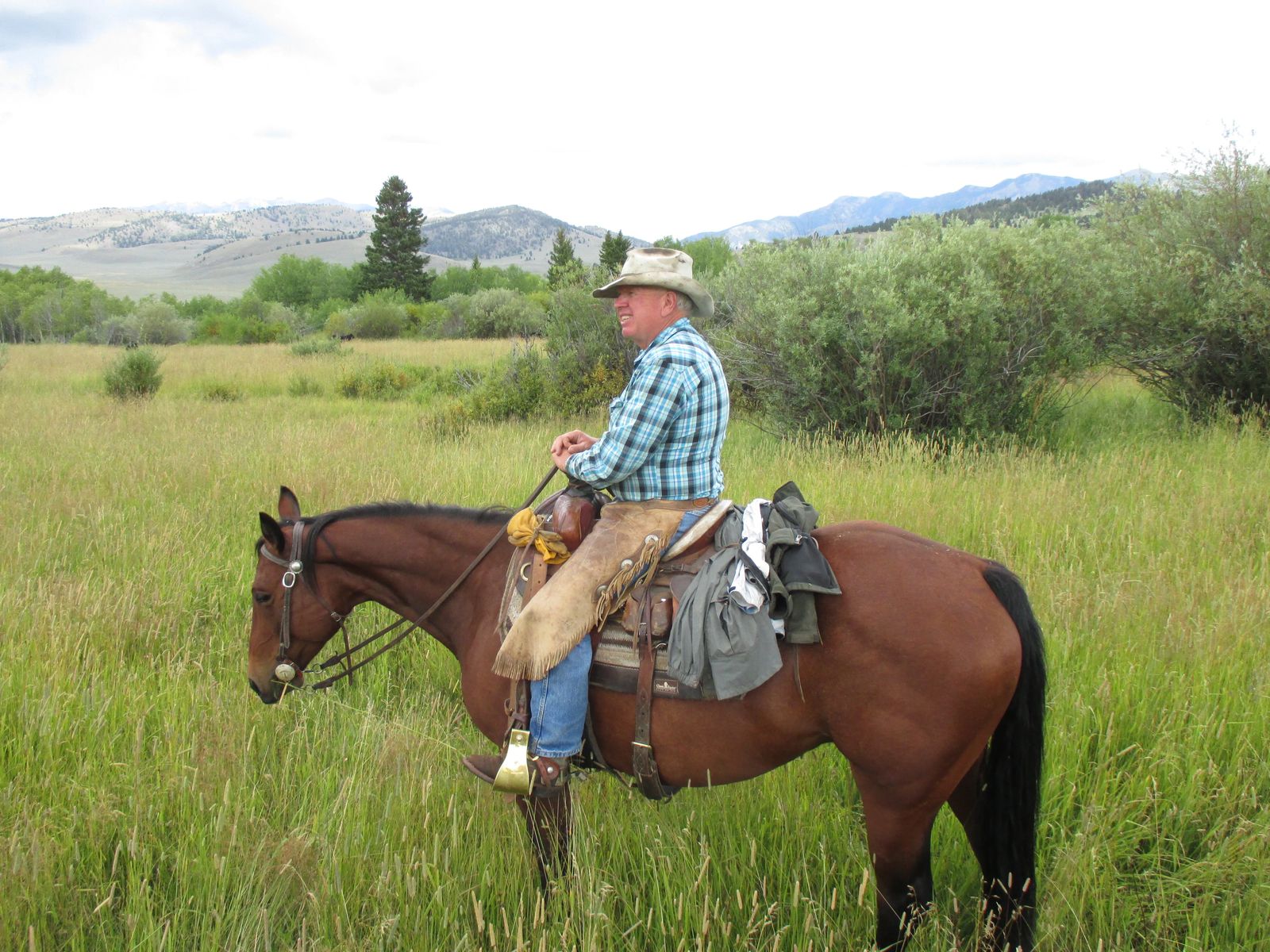 On July 6, 1947, Gary Donald Clark and Gayle Virgil Clark were born identical twins to parents Mike and Pauline Clark (Hadzor) in Butte, Montana. The boys had one sister, Heidi Joyce, who was ten years older. The family owned and operated the Quarter Circle One Ranch at Bear Creek which had belonged to Pauline’s grandfather, Morris Kilner. Morris and his wife, Elizabeth, bought the ranch in 1885 and according to family history raised the first alfalfa in the Madison Valley.

When Gary was a child, his ranch work included managing a band of sheep and the hay ground. In 1953, the family purchased the Virgel Clark ranch south of Jeffers, Montana which included a forest allotment at Antelope Basin. Gary and Gayle spent their winters at the ranch house in Jeffers where they would be close to the local school. They spent their summers at the Bear Creek spread where they would be near the summer forest allotments and the hay ground. As a child, Gary would frequently spend time with the sheep herders during those summer months. The family would pack up horses and spend a week in the mountains, often taking guests to the Spanish Peaks located on the East side of the Madison Valley. Between 1956-1957, the Quarter Circle One Ranch made the transition from raising sheep to running Hereford cattle.

Gary and his brother Gayle attended school in Ennis, Montana. Gary graduated from Ennis High School in 1966 and enrolled in college that fall at MSU in Bozeman, Montana. In 1968, their parents divorced. Pauline remained committed to the Quarter Circle One Ranch while Mike went on to ranch in Canada. The Clark boys helped their mother hold the ranch together, taking turns managing and attending to college. In 1969, Gary met the love of his life Bennie Branger. They were married at Gary’s childhood home in Jeffers on January 16, 1971. That same year he graduated from college with a degree in Agriculture Production Animal Science. The couple’s first child, David Donald, was born on April 28, 1971, and their daughter, Jennipher Elizebeth, two years later on March 27, 1973.

Gary gradually converted production over to Black Angus cattle in the 1970s. In 1973, the ranch partnered with an association allotment in the Centennial Valley at the southern end of the Madison Valley with the Boltz Ranch, Crumley Ranch, and Tommy Miller. For five years while raising hay, cattle, and kids Gary packed in several hunting camps in the fall of the year to the North Fork of Bear Creek. He raised horses on the ranch during the early 1970s, and one of them was a sorrel named Ace. He proved to be quite a challenge with a lot of natural born buck, but Gary often out witted him. One day at the Centennial Valley allotment, Ace went to bucking so hard he broke the bit. Gary was bucked off and hit his head on a rock. Good friends, Bill Crumley and George Bolts, took Gary to the Ennis emergency room and relayed the incident to Bennie. She ended up taking Gary to a specialist in Missoula where they found out Gary had fractured his skull. When the Ennis Fourth of July Rodeo came around, and Gary had healed up, he thought he’d try out Ace as a bucking horse. He proved his worth as stock contractor Andy Gifford bought Ace after the remarkable performance which left the roughstock rider in the arena dirt. Ace went on to buck at the National Finals Rodeo twice in Oklahoma City, Oklahoma.

In November of 1989, Gary was on a hunting trip with David and Jenny where David shot a cow elk. As they were gutting and cleaning the animal, they noticed she was pregnant with a walnut sized fetus. Jenny asked her dad if she could take the fetus to her high school biology class. In the process of removing the fetus, Gary cut his hand with the skinning knife. In June of 1990, Gary fell ill with hallucination fevers. After running several tests that summer, the local medical team struggled to determine a cause, and in late August Gary received a diagnosis of brucellosis. The Department of Livestock was notified, and the ranch was instructed to test most of the cattle herd on the ranch with a premise of slaughter if any were found positive. Adding to the stress of the situation, the blood samples were lost in the mail but were finally recovered and proved to be negative. Sometime later, it was presumed by the doctors that Gary had contracted the disease from the elk fetus based on the timeline. Twenty-eight years later, the Quarter Circle One Ranch is still contending with the brucellosis infected elk of the Madison Valley and are required to bleed the cattle yearly to test for brucellosis.

Today, Gary and Bennie are still hard at work at the ranch managing 300 head of mother cows, roughly five hundred acres of hay ground, several dogs, a few good horses, and four grandchildren. David’s oldest son, Colten Donald, a sixth generation Clark, works full time alongside Gary on the ranch. Colten is the third generation to be involved with the Madison Conservation District. The rest of the Clark family is on hand to pitch in when needed.

Good natured and known as “Gramp” to grandkids and their friends alike, he is always willing to lend a hand by checking the oil in your truck, fixing your broken reins, or helping to halter break your 4-H animal. Having been a member himself as a child, he has always been an avid 4-H supporter. Over the years, Gary and the Quarter Circle One Ranch have provided 16 steers to the Madison County Fair with grandkids alone, not to mention the various steers and heifers sent for projects that David and Jenny took during their years in 4-H. Gary and Bennie will be honored as the Madison/Jefferson County Fair parade grand marshals in August of 2018. He has committed his life to provide fuel, fiber, and food to his fellow man by raising quality cattle and preserving the wide-open spaces of the Madison Valley. To this day, he continues to ride, rope, and repair all the ranch equipment. Whether known as Gary or Gramp, he’s already made the Cowboy Hall of Fame in our books.

Interview with Gary and Bennie Clark