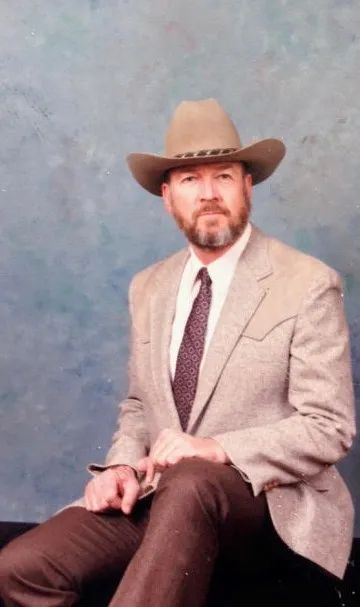 On September 5, 1934, the day Charles Leon Callahan, Jr. was born, his father, Charles Callahan, Sr., loaded his mother, Ernestine (Watson) Callahan into a cattle truck in Lafayette, Alabama, and drove her to the hospital in Atlanta, Georgia, where he also delivered a load of cattle to market. Charles’s parents divorced a few years later, and by age four he was living much of the time with aunts and uncles on their South Carolina farms while his mother worked as a traveling nurse. (Charles’s last name was changed to Floyd when his mother remarried.) It was at these two farms that Charles learned many of the skills and the independence that would shape his later life as a Montana cowboy. He rode mules bareback, racing against his brother, Sam, and their friend, the farm’s sharecroppers’ son. He didn’t see his first saddle until later, on another uncle’s place, where one of his jobs was to keep an eye on the cows in the unfenced pasture. He’d have to cut the switch his uncle would punish him with if his gaze wandered and the cattle strayed. He learned to hunt squirrels, opossums, and raccoons, to keep them out of the crops. After earning money helping with the tobacco harvest, he bought a Remington .22 rifle at age 11, for $13.85.

During his childhood, Charles heard stories of his mother’s oldest brother, Harvey Carlisle Watson, who had homesteaded in Montana in 1908, along with an uncle and several cousins. Uncle Carlisle spent a decade or more cowboying. His cousins, Ralph and Lynch Watson, rode for the famed MacNamara Ranch in Chouteau County.

Charles married Patricia “Pat” Griffin while in South Carolina after serving two years in Alaska as a Military Police (M.P.) officer in the United States Army. He graduated from the U. S. Border Patrol Academy in Texas and worked his obligatory two years on the southern border before transferring to Havre, Montana, in 1962. One of his first acquisitions was a horse, which began a consuming passion, both for the life of a horseman and for his newfound home state. After several years “Charlie”, as he became known in Montana, was able to persuade the Havre Sector of the Border Patrol to let him develop a horse patrol. He loved riding the Canadian border, especially through Glacier National Park. Charlie soon had five horses so that Pat and their daughters Nancy, Janet and Penny could ride the prairie and take pack trips with him into the Bear Paw Mountains and the Bob Marshall Wilderness. The majority of the time he spent with his children and later, grandchildren, was on horseback. Charlie worked his way up from patrol agent to intelligence officer to assistant chief of the Havre Sector. He and his close colleague Mel Heck became legends for facilitating the coordination of law enforcement agencies in the Havre area and for cleaning up corruption in those agencies by mentoring young officers.

Throughout his career, Charlie longed for the life of a cowboy, spending as much time as possible on the back of a horse, helping rancher friends every chance he got. He was called upon to round up cattle, help with brandings, pack gear into the wilderness for the boy scouts, and lend horses and his expertise on a sheriff’s posse searching for the body of a missing man. Charlie was a lifelong hunter and a heavily awarded marksman.

Always dedicated to his state and community, Charlie was appointed by Governor Racicot to both the Private Lands/Public Wildlife Advisory Council and the Bureau of Land Management (BLM) Resource Advisory Council. He served as chair of the Havre Police Commission for 20 years. Charlie played many key roles in his church and on the President’s Council of the Intermountain Children’s Home, the Havre Public School Board, and the Rocky Mountain Elk Foundation Hi-Line Chapter. In recognition of his 20 years as the chair of the Salvation Army board of directors, the organization presented Charlie with a painting of Hereford calves, titled “The Babysitter,” which is what they nicknamed him since he was always there to help and steer them in the right direction. He was deeply moved and humbled by this gift, as he had previously received the organization’s “Others” Award, their highest honor bestowed upon civilians, for doing so much to help others. The Havre Daily News featured Charlie and Pat for their lifetime of community service; they were also featured in a Border Patrol publication called The Drift, as “stand-outs in their community, exemplifying duty, honor, and country.”

In 1989, Montana’s Centennial year, Charlie and Pat rode in the 100-mile, five-day Nez Perce Trail Ride. That same year, at age 55, he retired from the Border Patrol and spent the next 20 years fulfilling his dream of cowboying. In an era of ATVs replacing horses, Charlie proudly kept with tradition, using his horse to check cow/calf pairs and fence lines and move cattle for ranchers in the Bear Paws. Occasionally he would be accompanied by Pat or his friend John Bruington. John considered Charlie his “cowboy mentor,” as John documented in his weekly column in the Havre Daily News, called “Out Our Way.” Charlie’s investigative expertise with the Border Patrol translated to his cowboying work, where he often found himself strategizing for the day’s mission. He was savvy when it came to understanding the habits of straying cattle and had an uncanny ability to locate them. As John’s recent column put it, “Now Charlie, who had worked herds all over Tiger Ridge, knew most of those trails, and because he had real cowboy sense, he often could cut corners because he knew where the cattle on this or that trail were going to end up.” Each fall, Charlie would spend a week or two working alongside an old friend on the sprawling Rocking P Ranch he rode for in Alberta, Canada. After Charlie received a diagnosis of pulmonary fibrosis, he continued to ride for the next couple of years despite his struggle to breathe. His last ride came when he was thrown from his horse while helping a rancher move cows. The visual landscape of Havre became a little less colorful when the bright red, old-fashioned horse trailer he and a friend had built many decades earlier was no longer visible around town. “Everyone knows Charlie’s trailer,” people used to say. When this devoted Montanan died on January 26, 2016, he left behind a wealth of stories of his western way of life. Charlie was forever grateful to have found his way to Montana and repaid the gift many times over. The week of his memorial service, John’s “Out Our Way” column was titled, “Charlie, Your Hat’s Too Big.” A drawing of the author swallowed up by Charlie’s hat drove home the point that a mighty big void had been left in his place. For many years Charlie had made it known that he wanted his ashes scattered in his beloved Bear Paws, where he had spent many glorious days in his leather throne, and where he rests today.