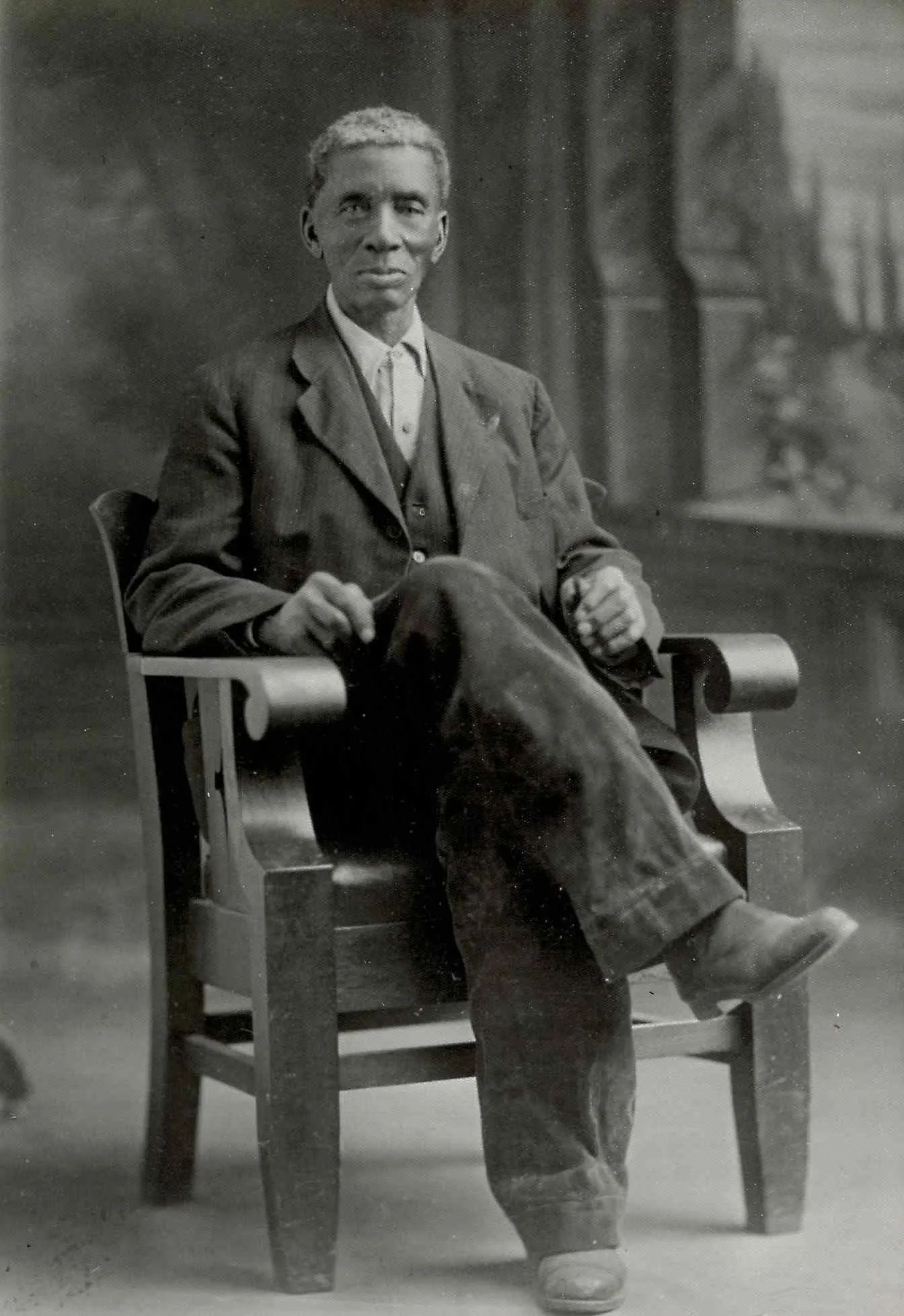 Rosebud County area had a notable number of cowboys in earlier days, but one of the most remembered is Joseph H. ‘Joe’ Proctor, better known later, as “Proc.” Joe was born into slavery in Texas and spent his early years on a cotton plantation. Uncertain of the year of his birth, he did remember that when he was about age six, he was put to work chopping weeds out of a cottonfield, but that he did not know the weeds from the cotton plants. Therefore, he was soon tasked with keeping the chickens out of the front yard of the home. During his childhood, his father was sold to a neighboring plantation whose master was a kind man and allowing Joe's father to return on Saturday evenings to spend Sundays with the Proctor family. Joe distinctly remembered the day his master released all the slaves, giving each a sack of corn, thus completely depleting the plantation's stores.

Proc immediately set out to find employment and began herding and horse wrangling. Later he gained employment with one of the larger cattle outfits and for a time, worked for the Ogalagh spread. In 1876, they headed for Wyoming and Montana with one of Matt Murphy's trail herds. When they reached the Platte River, they were informed of the Custer Massacre. Proc recounted, "We turned them loose on the Platte." Returning to Texas he later accompanied another large Murphy herd to Wyoming and Eastern Montana. When the Murphy’s moved to the Crow Reservation in Montana, Proc was sent to the new range as one of the top cow hands on the 79. There he remained for many years. His hiring spoke volumes, as most of the old-time Texas hands would not work with a black man unless he was an exceptional hand and exceptional, he was. The Murphy cattle grazed with the buffalo, as this was around five years before the bison herds were nearly wiped out.

When Murphy closed out, Proc began working for the Flying E outfit, then owned by C. J. Hysham. When his friend, “Red” Carolan became range foreman for the famed F U F horse outfit, Proc decided to cast his lot with that concern in 1885 and remained there until about 1908, when the F U F closed out as well.

In 1900 Elizabeth “Lizzie” McHarg, an African-American girl, raised in Missouri, came by boat to Miles City, Montana, with the Terrett family and was the JO cook for a year. The Terrett’s had previously hired white girls to work as domestics, but they all immediately married cowboys. Lizzie was introduced to Proc and like the others young ladies - she married her cowboy as well. Elizabeth McHarg became Mrs. Joseph H. Proctor in 1901.

The couple later ranched in the Castle Rock community for a number of years, near where Colstrip is today. In 1931, they sold their ranch and bought a small place on Sheep Creek. Proc and Lizzie had two daughters, Martha and Sarah. Both of them were good riders and well acquainted with cattle work. They held various jobs for people in the area and later in life married local men. Sarah to Oliver K. Beebe in 1961 and Martha to Gene Sprague in 1976.

There are several stories about Proc's humble life, that are worthy of being retold. One, is that when he was on a roundup, he would get his plate of food and sit alone, never by another hand, but if they came and sat by him, he was fine with that. A mannerism perhaps from when he was a slave growing up in Texas. Another is when Proc and the men of one of the outfits he worked with stayed on in town after shipping. They headed to the local saloon, while inviting another Texas hand to accompany them, but when he remarked, "I'll be damned if I'll drink with a damn black man,” he quickly found out he was not welcome to join them. Word was there may have even been a bit of gun play over that remark.

In 1934, the fiftieth anniversary of the Montana Stockgrowers Association Convention was held in Miles City, Montana. In spite of Proc feeling he should not participate in the gathering; area ranchers were steadfast that he should. Word, is they had the county attorney serve him a subpoena to attend. Proc even rode in chuckwagon with the roundup cook during the Stockgrowers parade.

There were a few ranchers in the area that raised thoroughbred horses. The Pinkerton family’s horses were known to be quite wild and could surely run when given the opportunity. Jick Pinkerton said the only way to catch them was to cut your bridle reins nearly in half so you were afraid to pull your reins too hard to slow your horse up. The story goes that one day Proc, among other cowboys, were helping to gather the horses. As they looked at the Pinkerton herd across the valley, and to the far ridge, Jick turned to Proc and said, "Proc can you start them horses?" In which Proc promptly replied, "I sure can Mr. Pinkerton, can you stop them?"

When an electric power line was put across the Proctor's land, it was said Proc would not ride under line, apparently due to his own superstition. He also had a great fear of snakes. This may also have been a superstition, or perhaps because of where he was raised in Texas, the enormous rattlers there were quite lethal. Proc had a bit of an entertaining trait within him and enjoyed amusing children. He had a record player in his possession and liked to play Ole Black Joe and Old Chisholm Trail, among others. Proc was ahead of his time having made a 'kitty door' by cutting a five inch hole in a door and covered it with a canvas flap so the cats could come and go as they pleased. When the area schoolteacher – of undoubtedly the Proctor School - had a couple of snakes behind the blackboard she immediately sent the Proctor girls home to get their father to come and kill the snakes. Although Proc had that fear of snakes he obliged and came with his shotgun. When he sensed he had located the snakes, he cut loose with his shotgun and blew most of the blackboard off the wall! On what was left of the board he wrote, "I kilt yore snakes".

In a long and respectful 1938 obituary one paragraph reads: "Though of a different race, the tolerant, generous minded folks of the West accorded the late Mr. Proctor every consideration and courtesy and kindly disposition and gentlemanly traits of character served to implant in the minds of who knew him that their confidence in, and esteem for, him were never misplaced."

In the book Cowboy Curmudgeon by Wally McRae, is a poem called OL' PROC. Wally mentions a number of notable cowboys of that era and location but Proc is the main subject, and his life is well covered in rhyme and meter.

The above information was acquired from several Rosebud County area ranchers, whom, if they did not know Proc, some of their family had. My grandmother, Lena MacDonald, had his obituary in her scrapbook and my mother had a picture of Proc on his paint horse. A few stories vary a bit, but all basically the same. Margie (Schultz) Smith, March 2015