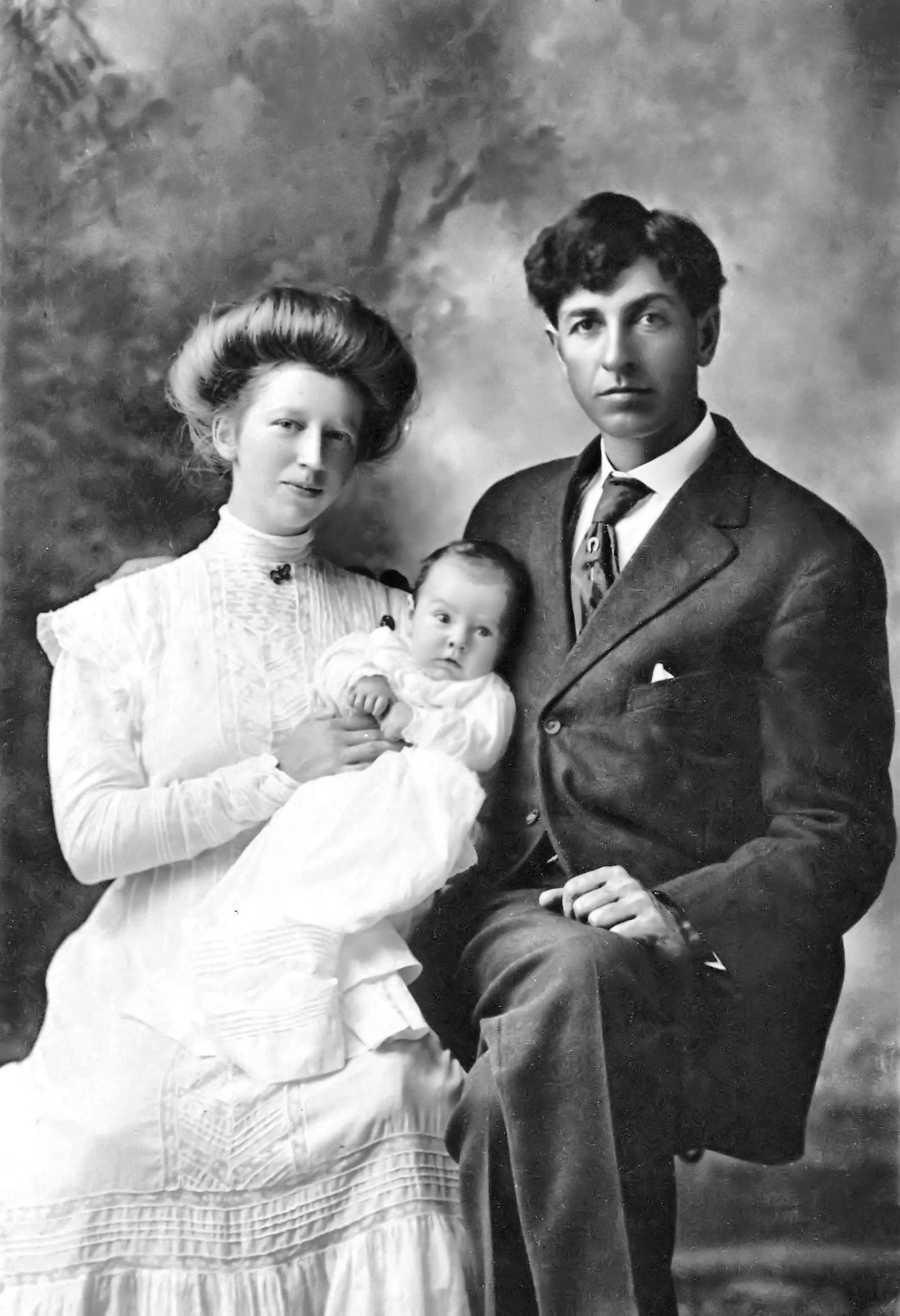 In the Valley of the Yellowstone, the Kempton name is well known, and Berney E. Kempton is a member of the Montana Cowboy Hall of Fame. There was, however, another Kempton who was the heart and soul of both the Kempton Ranch and the Kempton Hotel in the small town of Terry, Montana. This was Martha Magnuson Kempton, Berney Kempton's wife and equal partner, whose life embodied the strong pioneering spirit of Montana and the American West.

Martha's emigration alone and at such a young age is an unbelievable story of courage, tenacity, and grit. She was born on her family farm in the Village of Byn, Gunnerskog, Sweden. Martha and her five siblings enjoyed a happy childhood. Their father, as a young man, studied agriculture at a college in Kansas for eight years before returning to Sweden, where he married, and began raising a family. His dream was for all of them to travel to America and begin a new life. Unfortunately, his wife died of childbirth complications, and he became ill with consumption. Just a few years later, he passed away leaving the six children without parents. Against all odds, the eldest daughter worked and saved for her passage to America. Once she settled in Miles City, Montana, she brought the younger siblings over, one at a time, thus fulfilling their father's beloved dream of living in the United States of America.

In Miles City, Martha was enrolled in elementary school, where she completed all grades in one year while also learning the English language. She was the Valedictorian of her high school graduating class. That year, she met Berney E. Kempton, one of six brothers from the Kempton Ranch, near Terry. Martha and Berney fell in love and Martha's siblings, who thought this would be a good match, gave their blessing. The two were married in 1909 in Moorhead, Minnesota, while Berney was on a cattle-buying trip.

When the newly married couple returned to the Kempton Ranch, Martha immediately took over all the cooking and household management from her mother-in-law, Maria Gerry. At the time, Maria was ill with the cancer that would take her in 1910, just months after her husband, JB Kempton's unexpected death from pneumonia.

Not only did Martha take care of the family, ranch hands, and guests at the Kempton Ranch, but she also supervised the large Kempton Hotel and dining room, in nearby Terry. When the hotel was built, she told a friend, "If I have to cook for so many, I might as well be paid for it."

Martha's cooking was legendary. Each Sunday, she prepared a special meal for a crowd of ranchers, townspeople, and guests at the Kempton Ranch. Those Sunday night dinners became an institution in Eastern Montana. Martha's steak and roast chicken were unrivaled, she made some of the best gravy in all of Montana, and her apple pies were known all the way to Seattle. Meals at the ranch were more casual and family style, while the more elegant menu in the restaurant of the Kempton Hotel was served on bone china plates from Limoges, France, with matching tablecloths and napkins on flower-bedecked tables.

Martha and Berney were the parents of five boys. In addition, Martha also mothered the young women who worked as maids and waitresses in the Kempton Hotel, many of whom were away from home for the first time.

In about 1950, Martha made a discovery that has proven to be vital to historians and those interested in the culture of the American West. While cleaning out the ranch house attic, she came upon a dusty old box, shoved deep under the eaves. The box, practically disintegrating, was filled with old-fashioned account books that might easily have been discarded with the trash. Fortunately, she recognized the value of these small books kept by her mother-in-law's father, Elbridge Gerry, at his trading post in Fort Laramie, Wyoming before 1850. (Gerry was the grandson of a man with the same name who signed the Declaration of Independence.) The detailed entries in these books give us a look at the commerce of the early trading posts, where buffalo hides were bought by the hundreds and sugar sold by the cup. Gerry did business with Indians, early settlers, and gold seekers, and his records give us a fascinating look at life in the early West.

After Berney passed away in 1943, Martha continued to run both the ranch and the hotel with help from her sons. She had worked hard for sixty years and now wanted some time of her own, so she sold the ranch and later the hotel. Although the ranch and hotel are no longer in the family, cattle still graze on the hillsides, crops grow on the flatlands, and the Kempton Hotel still welcomes visitors with the same warm Montana hospitality that Martha and Berney extended over one hundred years ago.

Martha Magnuson Kempton lived a life filled with great challenges as well as fulfillment. She overcame each difficulty with a positive attitude, hard work, and strong tenacity. She was an excellent businesswoman, respected rancher, superb chef, fine hotelier and the heart of the Kempton family.

Martha died at her home in Terry in December of 1964 and was buried in the Kempton plot of the Terry Cemetery.

Letters between Martha Kempton and her son, Jerry.