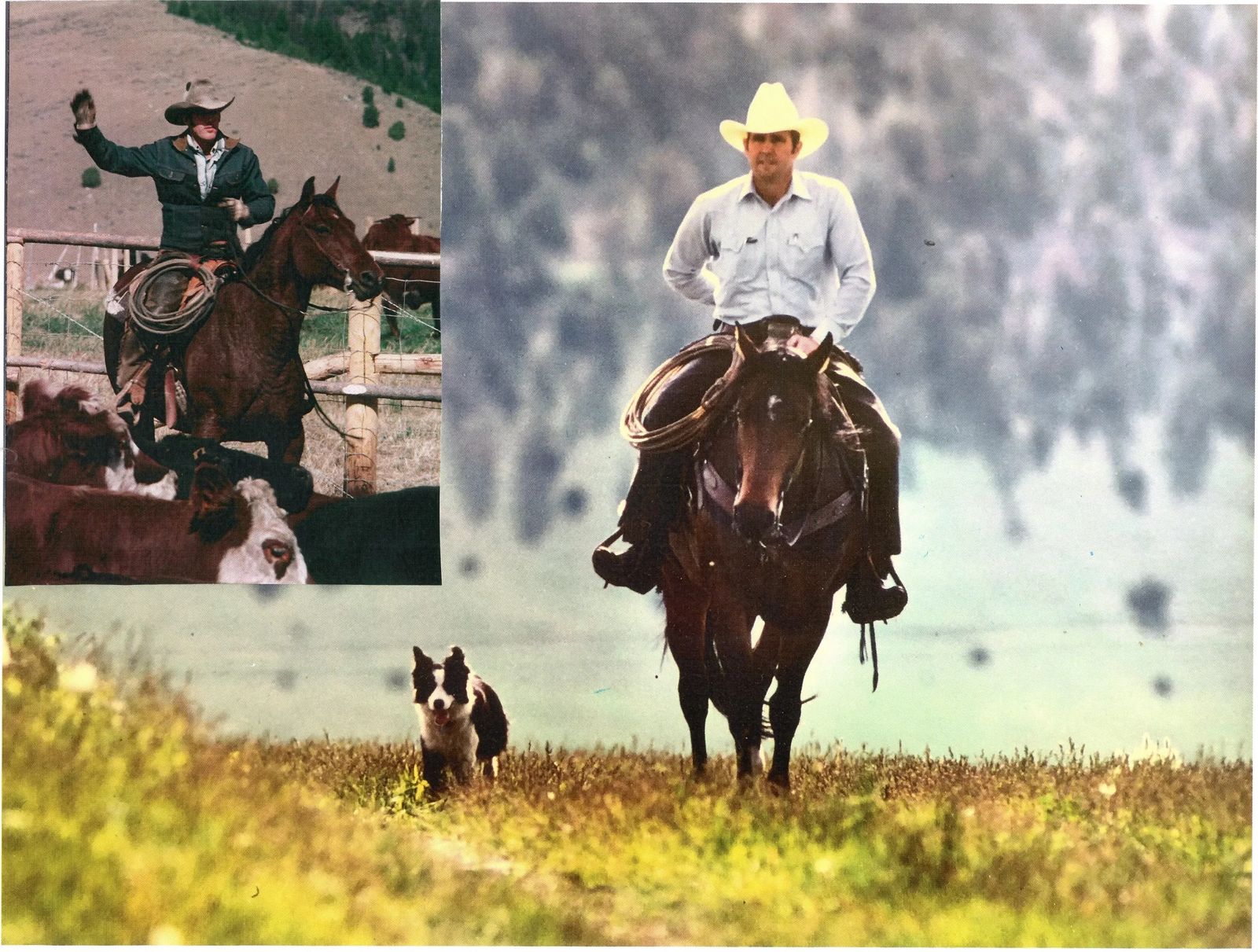 Lester “Bud” Griffith was born July 27, 1937 in Danby, Vermont, to John and Edith Griffith, the fourth of five children. He attended all grades of school and began his baseball career in Danby. Throughout his childhood, he was active in many sports and activities, but would often slip away from friends and family on the weekends and fly fish alone. His family owned a dairy farm and also produced maple syrup on their property. As Bud approached high school, he became a star athlete pitching baseball for his high school team. He was later recruited to play for the Kansas City Athletics as their head pitcher.

In 1955, Bud took a trip with his baseball coach to Montana to visit friends. When they reached Gallatin County, Bud was persistent to stay. However, his parents instructed him to return and complete his senior year of high school in Vermont. After graduating in 1956, Bud decided to turn down his recruitment offer to play baseball and revisit Montana with intentions to stay. He got his first ranch job at the B Bar K Guest Ranch in the Gallatin Canyon for Jack Hume. He tended to about 200 head of cattle at the Stone House property, which was part of the Flying D Ranch on the Gallatin River. At that time, Boots Shell was leasing the Flying D from the Irvine Company and hired Bud for his first cowboy job. Bud cowboyed until 1962 with mentor Bill Hadden where he learned to ride horse, doctor cattle and handle yearlings.

That same year, Bud was on a telephone party-line speaking to Cheryl Thompson of Gallatin Gateway, whom he would later marry. Their conversation was interrupted, on the line, by a contractor who informed Bud that the new owners of the neighboring Spanish Creek Ranch were in need of a manager. Upon hanging up on a very understanding Cheryl, Bud rushed over to meet the owner Jim Ray and was hired on the spot to oversee 20,000 acres of ranch land and 750 head of cattle. Bud worked for Jim for over ten years and in that time he and Cheryl were married and began raising two boys, Jeff and Bob.

In 1972, Jim sold the Spanish Creek Ranch to Robert Shelton, owner and operator of the King Ranch in Kingsville, Texas. Years later Shelton went on to purchase the Flying D Ranch, putting the two neighboring ranches back together again. Bud co-managed the Flying D and Spanish Creek Ranches with Jeff Dorsey, which consisted of approximately 130,000 acres, 3,800 Santa Gertrudis mother cows and 3,000 head of yearlings on summer pasture as well as a horse program. Bud became full manager within a year and worked for Shelton Ranches for over 17 years. He raised his family on this beautiful ranch while establishing a self-sufficient cattle production of the only Santa Gertrudis cattle in the state and introduced a successful horse program which was affiliated with the King Ranch.

In 1989, Shelton Ranches was sold to Ted Turner-media mogul and founder of CNN, the first 24–hour cable news channel out of Atlanta, Georgia. Staying on as manager, Bud had to make quite the adjustment from operating a production ranch to overseeing Ted’s vision of Bison reintroduction onto his newly acquired ranch properties. He was put to the task of disbursement of all the cattle and the horse programs as well as tearing out 500 miles of interior fence. The Flying D had now become the grazing land for a herd of nearly 4,000 head of Bison. Bud had to adapt to using four-wheelers instead of horses as well as modify his cowboy skills when handling the bison. He had a once in a life-time opportunity to meet and enjoy a meal with many of Turner’s guests which included world leaders such as Mikhail Gorbachev, Kofi Annan (Head of the United Nations at the time) and President and Mrs. Jimmy Carter. Although he was very humbled to have met these dignitaries, they in turn appreciated Bud for being the genuine Montana cowboy he was.

Bud is often asked how he was able to run such an impressive ranch property and according to him it was solely because of two particular women. Cheryl, his biggest supporter, was just as dedicated to ranch life as he was. She was at his side whenever needed, whether cooking for the cowboy crew, or shipping livestock. Secondly, Gloria Burkhart of Bozeman, Montana was his secretary at Turner Ranches. He considered her the brains of the operation and his right hand ‘man’. Simply stated, “I couldn’t have done my job without her.”

In 1999, Bud resigned from Turner Ranches and took a management position with William Kriegel, the owner of La Cense-Montana Ranch in Dillon. At the ranch, Bud oversaw 1,700 Black Angus mother cows and was responsible for taking in pasture cattle as well. The beef production was extensive, focusing primarily on all grass-fed beef. The La Cense horse programs in Montana and France were linked to the Equine Program at the University of Montana-Western and was under Bud’s management as well. In 2009 Bud and Cheryl retired and stayed in the Dillon area.

When asked about his career and his utmost blessing, Bud talks of how lucky he was to have worked with many “best of the best” cowboys who taught him well over the years. In particular, he admired John Flowers who was the first cow boss on the Flying D. John set the stage for wanting to be a great cowboy and was the foundation of the long-lasting ranching history that Bud had the privilege of learning from. One of Bud’s greatest and most cherished memories happened on the tenth of May every year when he and the cowboy crew would gather 1,500 head of horses that had been turned out on the ranch for the winter months and trail them back to Yellowstone Park where they were used for the stage coaches and dude horses.

In 2014, Bud packed up his beloved Cheryl and moved to Shepherd, Montana where they would be closer to the boys and her healthcare facility. Since her passing Bud continues to reside in Shepherd, where he spends time with his family and four grandchildren, sharing the many stories about his adventurous life.

In 2015, Bud, a respected baseball pitcher of days gone by, received "Athlete of the Century Award" from Burr and Burton Academy in Manchester, Vermont and was named an honorary member of the athletic department.

Bud enjoys the sport of fly fishing, is active in his community's church and the Masonic Temple. He feels most fortunate to continue his cowboy lifestyle by lending a hand to Jeff and Bob in their ranching ventures.  Bud is a man loved by many and respected by all.