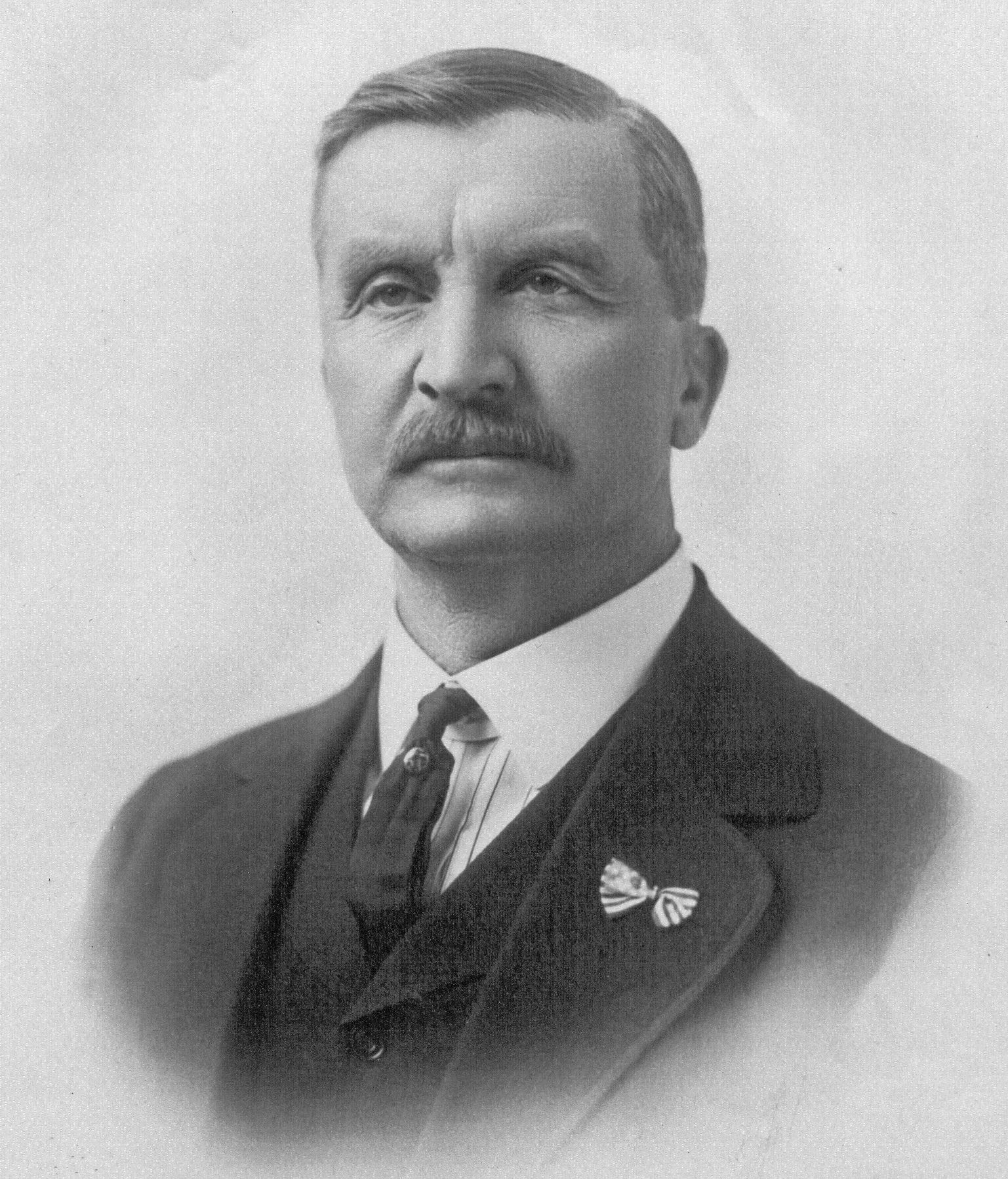 Ignatius Daniel “I.D.” O’Donnell was born in 1860 in Ontario, Canada, to second-generation Irish immigrants. The family later moved to Michigan. As a young man, he left home and headed west to Chicago. Unable to find work, he rode to the end of the Northern Pacific Railroad line in Montana in 1882.

While wrangling at the IJ Horse Ranch near Maiden, Montana I.D. became friends with Parmly Billings and Edward Bailey, son and nephew respectively, of Frederick Billings. Parmly was former president of the Northern Pacific and the largest private landowner in newly established Yellowstone County. In 1884, the elder Billings ordered his son and nephew to the City of Billings, where they assumed management of the family’s land and development interests. Parmly placed his various Yellowstone agricultural interests under I.D.’s supervision.

The Minnesota Montana Land and Improvement Company, which laid out the town of Billings, had dug an irrigation canal dubbed the “Big Ditch” in 1882. For a cowboy, I.D. took to irrigation quickly. He became the ditch manager and, by decade’s end, he was considered one of the region’s irrigation experts. The Big Ditch and irrigation canals that followed, converted the semi-arid landscape of Billings into tree-lined streets surrounded by verdant green cropland.

He married his childhood sweetheart, Louise, in 1887 and they raised six children. Their gracious home at 105 Clark Ave., Billings, is a National Historic Site.

I.D. and Bailey bought Hesper Farm west of Billings. I.D. later became sole owner. He was dubbed the “Alfalfa King” and agricultural products he raised consistently won prizes both at state fairs and at the 1893 World’s Fair.

He is credited with producing the first successful sugar beet crop in Montana. I.D., P.B. Moss and others were instrumental in the building of the Billings Sugar Co. factory in 1906, making sugar beets a cash crop and boosting Montana’s economy.

I.D. was instrumental in building irrigation projects state-wide that provided parcels of irrigated land for settlement and agriculture. He helped establish the National Irrigation Association, which became the main lobbying force for the Newland Reclamation Act of 1902, forming the U.S. Reclamation Service (USRS). The USRS develops and oversees water diversion and delivery projects throughout the western states for irrigation and water supply.

I.D. oversaw the Huntley Reclamation Project bringing settlement to Huntley Flats and Lake Basin Country. To show the new farmers how to raise irrigated crops, he founded and managed the Huntley (Montana) Experiment Station. Interested in the science behind agriculture, he worked closely with professors at Montana State College.

The early years at Huntley showed I.D. both the potential and the problems inherent in the initial USRS irrigation projects. Realizing that while the projects were impressive engineering feats, that alone would not transform the arid West into an agricultural garden. In fact, as initial projects went into operation, criticism of the USRS grew among the settlers.

In 1914, he was appointed USRS Supervisor of Irrigation for the seventeen Western states. He traveled to all the irrigation projects talking with the farmers and representing them in matters with the engineers and bureaucrats of the service.

“The underlying thought which prompted the creation of this office and the appointment of Mr. O’Donnell as the first incumbent was that there should be in the field, connected with the service, a practical business farmer, who could look at questions involved in the operation and management of the projects from the standpoint of the water user as well as from that of the service.”

Credited with “humanizing the Reclamation Service”, for the rest of the decade, I.D. would push the interests of irrigators and ‘practical’ farmers before local, regional, and national forums, culminating in the 1918 publication of his treatise Better Business, Better Farming, Better Living: Hints from a Practical Farmer.

Recognized today as “the father of irrigation in Montana”, he continued to preach his vision of an irrigated West into the 1930s. I.D. was President of the Montana Irrigation and Drainage Institute, which he helped organize with Montana State College. He was Agriculture Development Agent for the Great Northern Railroad, promoting sugar beets in the northern part of the state and working with the Blackfeet Indians on farming practices.

I.D. was also described as the City of Billings principal booster, who had more to do with organizing and getting new businesses started than almost any other man there. He helped the Billings family establish the Parmly Billings Library in 1901 and served on the library board until the 1940’s. He was President of the, newly formed, Chamber of Commerce in 1907 and later given an honorary life membership.

He was involved in the establishment of the Billings Polytechnic Institute, which later became Rocky Mountain College. He served on the Board for many years and was President in 1918. I.D. was elected to the Billings School Board at various times in the early 1900’s and donated a piece of Hesper Farm for the Elder Grove School in 1904.

I.D. bought the historic Boot Hill Cemetery and Yellowstone Kelly gravesites, later deeding them to the City of Billings. He was a charter member of the Pioneers of Eastern Montana and helped them raise the money for the monument that is at Boothill.

I.D. was instrumental in the publishing of two books: Crow Country by Agnes Jones and Old Neutriment by Glendolin Damon Wagner. He interviewed many of the early pioneers of the state in 1927-28 and produced a collection of biographies entitled Montana Monographs, which he gave to the Billings library. Because of his interest in local history, the Montana Room at the library is dedicated to him.

I.D. O’Donnell passed away at his home in 1948. It can be said that O’Donnell’s legacy as the “practical farmer and irrigator” of Montana is found not in the history books, but in the land itself.