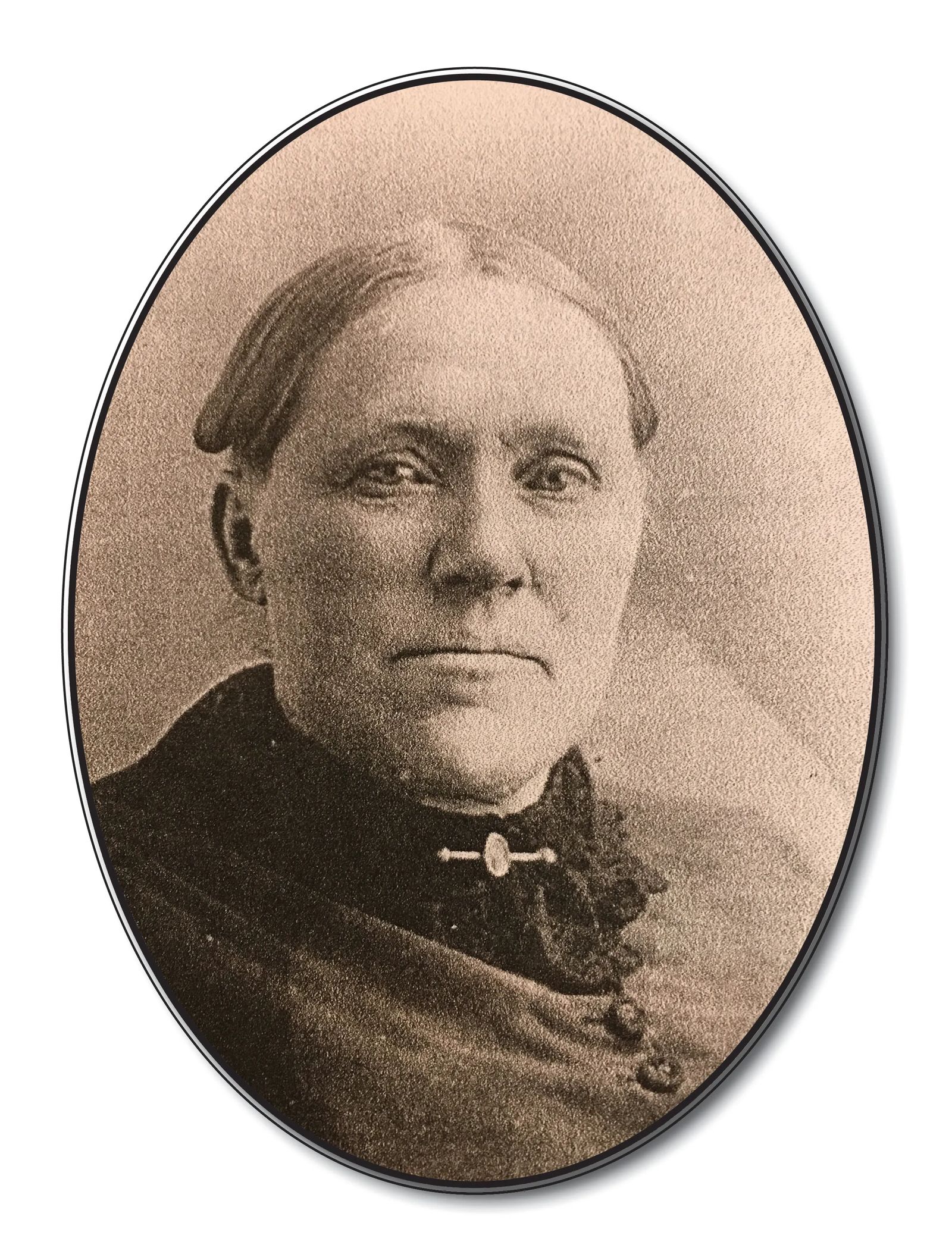 Ann Annie McNally was born in 1836 in County Mayo, Ireland. Her parentage is lost to history, but it is known that she persevered through the potato famine of 1847-50 and yearned for a better life for herself. She married Edward Fergus in 1855 and the two dreamed of building that existence in the open expanse of the United States of America. They began to raise their family while still in the old country as Annie gave birth to three sons while still on the Emerald Isle. William was born in 1856, followed in biannual succession by Owen and Patrick before the young couple decided the time was right for them to immigrate to the land of opportunity.

The Fergus family journeyed across the ocean in search of the great unknown in 1860, despite the fact that the United States was being plunged into the catastrophic Civil War. Annie could neither read nor write, but her determination outweighed that deterrent and the family was off to the New World. Patrick died during their voyage and the family made their way to Pennsylvania, where Edward found employment in the coal fields. The family picked up stakes after three years and moved on to Michigan where Edward began logging. In 1863 James, a fourth consecutive son, was born to the couple. The family settled into their new life, and it was there that Annie birthed four baby girls over the next 7 years: Sarah-1865, Mary-1868, Cathern-1870, and Margaret-1872.

Tragedy struck the family a few years later when Edward was killed in a logging accident. The oldest boys, William and Owen decided that the family’s future was in the west, and they thought Montana was the place for them. The lure of free range in the newly tamed territory held a strong appeal. The two men travelled by steamboat to Fort Benton, Montana in 1883 and began a cattle and sheep ranch near Shonkin Creek in the Highwood Mountains. The idea was to establish a ranch and then send for the rest of the family; they followed through with the plan in 1884 when Annie and the five remaining children loaded their belongings.

It is unknown whether Annie and the children embarked from St. Louis, Missouri, or Bismarck, North Dakota, but they made their journey on the steamship Josephine to Fort Benton. This was one of the very last steamers to make the trek up the Missouri River, as former president U.S. Grant had pounded the Golden Spike in the Northern Pacific Railroad in September 1883. Annie and her clan spent their first Montana winter in the Highwoods Mountains, but then looked east to establish their own foothold.

She purchased a 160-acre plot on Davis Creek about eight miles north of Geyser in present day Judith Basin County and began her own cattle and sheep operation. Just five of the children were part of this endeavor; James had died and William had moved to Eastern Montana. The remaining family members worked the ranch and by homesteading their own places or buying land they expanded the landholdings. Owen was the only one to never marry and spent the balance of his years engaged in ranching.

Meanwhile, Annie focused on running her ranch and overseeing an ever-growing family. While the winter of 1886-87 was the undoing of many ranchers, the Ferguses survived this challenging chapter in their lives. The monthly trip to Fort Benton to garner supplies was arduous in their freight wagon, but necessary as that was the nearest mercantile. Like most places in the late 19th and early 20th Centuries, they butchered their own meat, and milked cows. As a ranch owner and devout Roman Catholic, Annie tended to the physical needs of her livestock and the spiritual needs of her family. She kept the welcome mat out at all times. One of her regular visitors to the place was a young cowboy and part-time artist named Charles Marion Russell. According to family legend, Russell was a frequent guest who insisted on bestowing his artistic gifts to Annie in gratitude for her hospitality. A favored piece painted by Russell was of Annie drawing water from the drinking well. The artwork has long since disappeared, but there remains a connection between the artist and Annie’s family.

Annie became a United States citizen in 1895, but even then, she had to sign her name with an X, as she still couldn’t read or write. As the story goes, when she was very young, back in Ireland, she passed the corpse of a dead man on her way to school. She is said to have stated “If I have to pass a dead man to get larnin’, I’ll get no larnin”. Yet she had the spirit of an entrepreneur and was a very successful businesswoman in the days when that sort of enterprise was considered “man’s work”.

Without a doubt, Annie McNally Fergus was a pioneer who displayed the grit and determination that characterizes the people who settled this rugged and beautiful land. She imbued to her descendants her strong work ethic, leaving her legacy to those who still work the land in Judith Basin, Chouteau, Cascade, and Fergus counties. Her eldest daughter Sarah married A.J. McDonald, and several generations later that family still ranches in the Highwood Mountains. The Evans family, also descendants of Sarah, raises cattle in Judith Basin County. Daughter Cathern married David Pimperton and their great grandson and great-great grandchildren operate the family ranch on Cora Creek in the Highwoods. Other modern cattle operations stemming from Cathern’s progeny include the Sweeney and Chesbro ranches near Belt and the Kelly and Pimperton ranches near Fort Benton. Annie’s youngest child, Margaret married Alexander Duncan, and the Hill and the Anderson families carry on the agricultural legacy in Judith Basin County.

Annie spoke often of her days in Ireland, but never expressed a desire to return. Montana was her home, and Ireland was in many ways a bleak memory. Annie passed away in 1925, and is interred in the Old Calvary Cemetery in Great Falls, Montana. While she’s been gone for nearly a century, her perseverance and resolute determination represent the best of Montana’s past, present, and future.