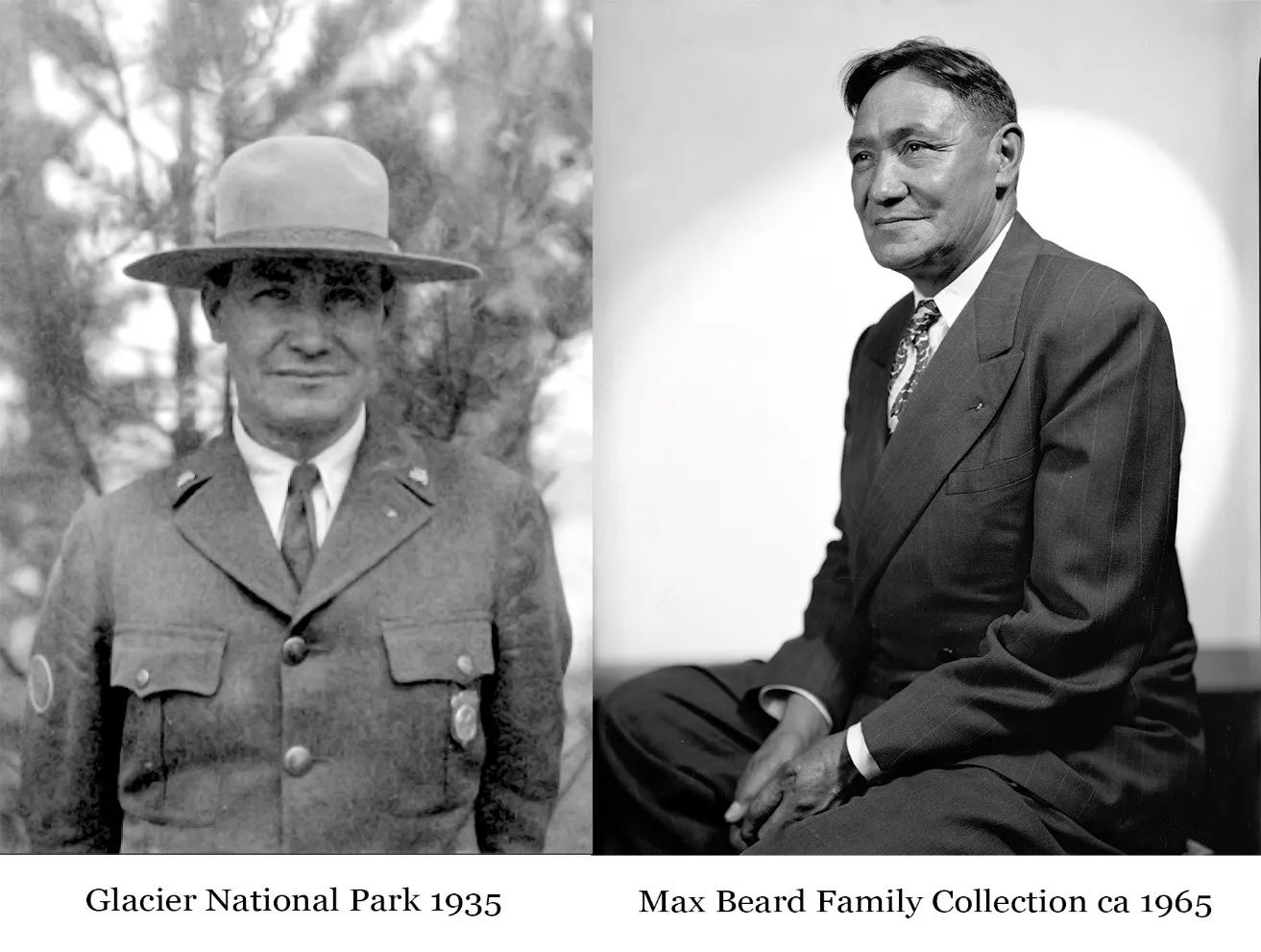 Francis "Frank" Xavier Guardipee was born on November 4, 1885 on the Blackfeet Indian Reservation at the Old Agency on Badger Creek. He was the son of Old Eli and Sadie Guardipee and the grandson of Jean Baptiste Guardipee and Judith Guardipee. His famous father Eli was a friend and companion of James Willard Schultz. In Schultz's book describing their float trip down the Missouri River, he said that Eli was the best shot he had ever seen, white man or Indian. [1] Though of French, Cree, and Shoshoni origin, Eli was married into the Blackfeet tribe and became one of its' principal authorities on tribal lore and history as did Frank later in life.

Frank first attended the Jesuitrun school at the Holy Family Mission on the Two Medicine River. Later he attended the Carlisle Indian Industrial School in Pennsylvania. That was the first federallyfunded, offreservation, Indian boarding school located on a military reservation. Frank learned to manage and synthesize the two cultures within himself. While at Carlisle, Frank played football under coach "Pop" Warner, who later became the football coach at Stanford University. [2] According to the Hungry Horse News, Frank was "a 10-second man in the 100-yard dash." [3]

During a trip to Atlanta, Georgia for a Shriners Convention in 1914, most likely a trip promoted by Louis Hill (owner of the Great Northern Railway), Frank was given the name "Ah koo in slak mi" (Big Lodge Pole) by Chief Two Guns White Calf, Bird Rattler, and other tribal elders. This name refers to the main pole in a tipi that provides support to the entire structure. He was 29 years of age. [2]

In the following years, Frank traveled and had many adventures. For a time, he drove a taxi in New York City, a sightseeing bus in Denver, worked for the American Museum of Natural History, and was reportedly a cast member in the silent Western film, "The Covered Wagon," released by Paramount Pictures in 1923. [2]

His impact, influence, contributions to the Blackfeet Tribe, State of Montana, the National Park Service, his church, and the countless thousands of youth on the Blackfeet Reservation and elsewhere is hard to fathom. He was long famed as an outstanding speaker and motivator with his strong, deep voice.

*In 1916, he founded Boy Scout Troop 100 in Browning, Montana, believed to the first Native American troop in Montana. Frank led Troop 100 for more than half a century. No other Montanan had served the Boy Scouts for so long. The Boy Scouts of America (BSA) bestowed two of their three highest awards in Scouting to Frank for his service and numerous other recognitions from his many thousands of hours for the good of young boys and all men whom he considered his brothers. [4]

+Frank served on the Presidential Security detail consisting of Secret Service and Park Rangers for President Franklin D. Roosevelt's visit to GNP on August 5, 1934. He drove one of the security trucks immediately behind the President's car. [7]

*Knights of Columbus (KoC): Like the Scouts, Frank spent many decades serving the KoC in Montana.

+According to the Kalispell KoC, Frank "...not only was the 1st but probably the ONLY Native American that was ever elected as State Deputy in the entire US." [10]

+Frank was a Faithful Navigator of the 4th Degree. [10]

*Recipient of two of the three highest awards in the Boy Scouts of America for his great service; Silver Beaver and Silver Antelope awards. [11]

*In 1932 when Frank joined Glacier National Park as a Park Ranger he became the first Native American Ranger to work GNP and in the entire U.S. Park Service. [12]

*Three years after Frank's death, the U.S. Board of Geographic Names approved a 7,682-feet elevation mountain on the Continental Divide in the Two Medicine Basin "Chief Lodgepole Peak" in Franks' honor. [13] The presentation was made by Glacier National Park's Superintendent, William J. Briggle, and Blackfeet tribal elders at the Starr School during the dance of the Black Lodge Society. [6]

*In recognition of Frank’s service to the Park, Glacier National Park featured his photographic image on their 2017 Annual Park Entrance Pass. [14]

Frank died of a stroke on February 10, 1970 and is buried in Willow Creek Cemetery, Glacier County, Montana. [15] His obituary reports "His constant effort was to lift up the members of his Tribe and he had no patience with a person, Indian or not, who did not help himself. He instilled in all he came in contact with the virtues of honesty, industry and determination. Rarely in the history of mankind has one person contributed so many thousands of hours for the good of young boys and all men whom he considered his brothers." [16] The Flathead Living Magazine stated, "A man of so many firsts and superlatives, it's safe to say he left behind much more than a mountain name." [17]

Jack Holterman, Who Was Who in Glacier Land, self-published, 2001.

“Give wisdom and understanding to my leaders. Protect my warriors and bring them back safe. Give to the young, love and contentment. Give health and long life to my old people, so that they may remain with us a long time. Make my enemy brave and strong, so that if defeated, I will not be ashamed. And give me knowledge, so I may have kindness for all. And let me live each day, so when my day is done, my prayer will not have been in vain. . . . . . Big Lodge Pole”