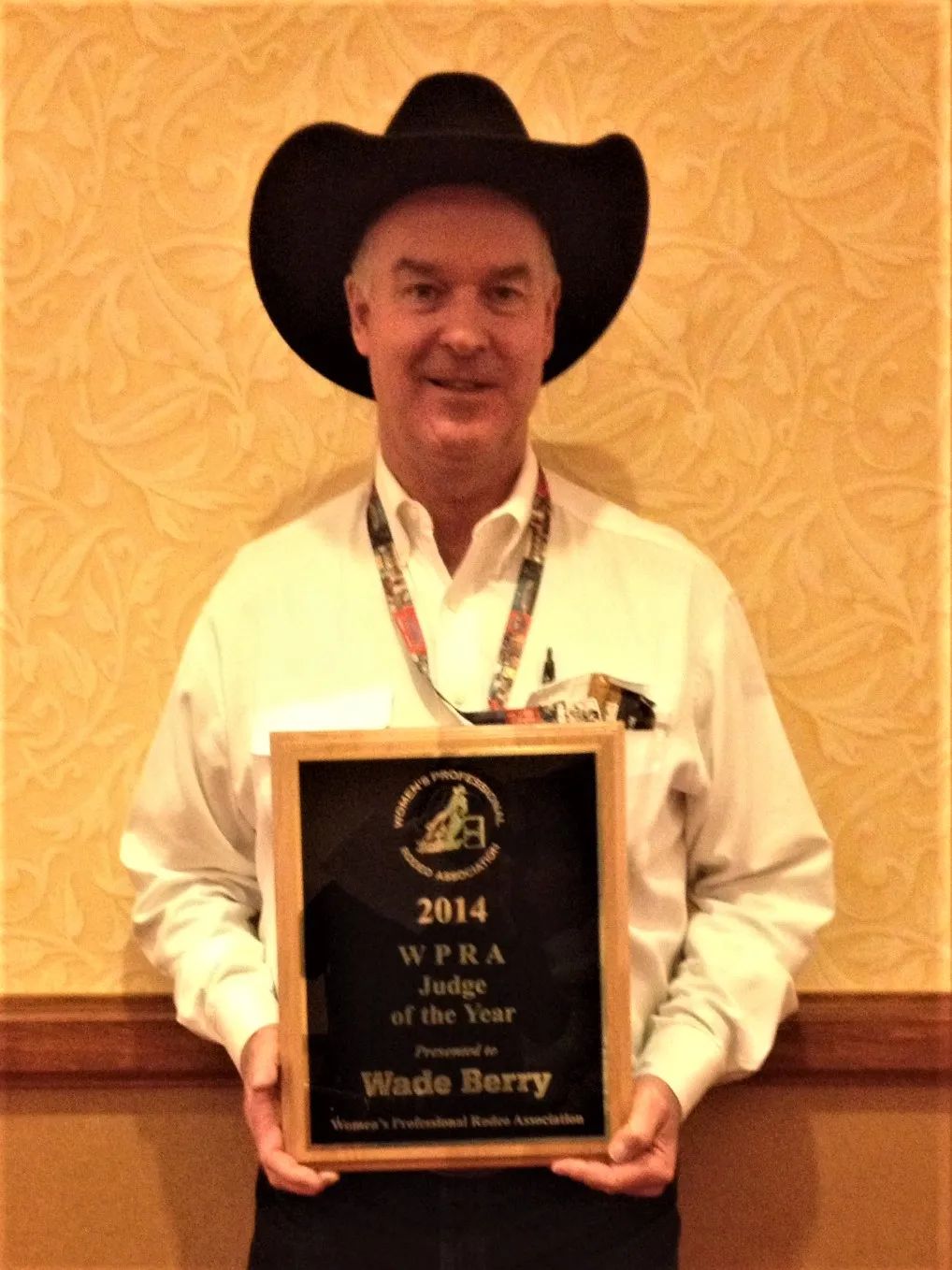 Wade Wayne Berry was born in Farmingdale, South Dakota, March 12, 1957 to Buster and Mary Lou Berry, the oldest boy of six children. He was raised on a ranch where he learned to rope, ride, calve and brand at a very young age. Wade broke his first colt while in the second grade and knew he was hooked. He attended elementary, middle, and high school in Wall, South Dakota, where he excelled in basketball, football, and rodeo. Wade was the South Dakota High School All Around Champion cowboy in 1974. The next year he bought his membership card to join the Professional Rodeo Cowboy Association (PRCA), competing in multiple events at the pro level.

With college behind him, Wade went to work at the Art and June Reukauf and Cliff and Lila Glade ranch north of Terry, Montana and later for Art's, son in law, Fred Berzel, in Ismay, Montana. He worked side by side with Fred for three years in every aspect of ranch life. After several years of day work breaking colts, and rodeoing, Wade began working full time for Bill Murray on the Murray ranch south of Miles City. He spent five years with Bill as head ranch hand.

Wade married Corina (Mayberry) on June 4, 1983 and to this union children Ace and Trista were born, joining their half-brother Wayne.

Although Wade was no longer riding broncs, or jumping steers, his love of the sport of rodeo remained strong and found alternative options for staying active in the sport. He became an active member on the Montana High School Rodeo Association board while sharing his rodeo knowledge to up and coming competitors. Aside from hosting numerous steer wrestling clinics, continuing to assist with coaching rodeo at Miles Community College, and traveling to youth rodeos with his kids, Wade found his newest calling in 1980 as a professional rodeo judge.

Wade continues to reside in Miles City with his wife, Corina, where they both support local rodeo and ranching events. He and Corina are foster parents, allowing Wade to expose a new generation to the sport of rodeo. He has created a lifestyle and raised a family that upholds strong Montana western tradition. As an inducted member of the Montana Pro Rodeo Hall and Wall of Fame Wade is a valued figure in Montana’s ranching and rodeo community.