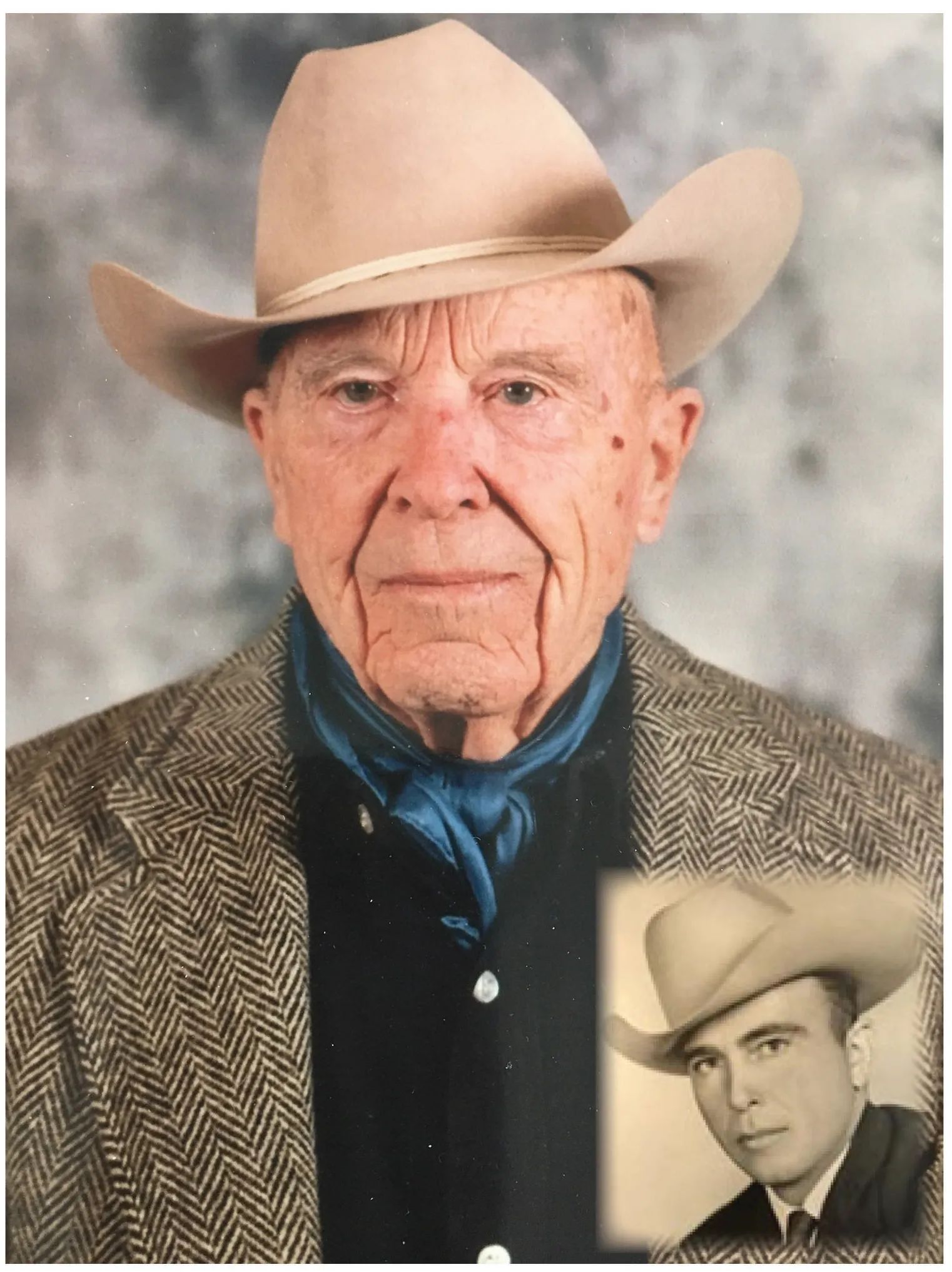 Paul T. Ringling, rancher and World War II veteran, was born in New York City in 1920. His mother, Aubrey (Black) Ringling, and father, Richard T. Ringling, were part owners of the Ringling Bros. and Barnum Bailey Circus. At the time of Paul’s birth, they were in New York with the circus but returned to the family ranch when Paul was six weeks old.

The roots of Paul's family tree run deep in Montana. His maternal great uncle was the last territorial governor of Montana. In 1894, Paul’s mother was born in White Sulphur Springs where her father worked as an attorney. His father came to Montana as a young man to check on land that his uncle had invested in near Ringling, Montana. Richard and Aubrey were introduced and married in 1918.

Paul’s home was always in White Sulphur Springs on the Ringling ranch where he once raced his pony down the aisle of the dairy barn with a childhood friend. He started riding horse when he was seven. Paul observed that living in the country made him more self-sufficient. "I had a really free life…when I was young, riding all over the country hunting and fishing…you thought a little for yourself. I enjoyed that environment."

As a child, Paul’s life was far from ordinary. His family traveled often because his father’s work as a manager for Ringling Brothers. Then, in true Ringling fashion, Paul worked for the circus from 1937 thru 1941. He started out as a ticket taker, helped set up tents, and eventually worked in advertising.

Paul’s childhood idyll came to an end when his father died in 1931. Paul was eleven years of age. His observation of the time after his father's death, "we didn't have much of a family life." After graduating from high school in 1937 in Livingston, Montana Paul attended St. John’s Northwestern Military Academy in New York where he was in the cavalry unit. Paul always said no matter where his journeys took him, “most of the time I missed White Sulphur Springs.”

Paul met his wife-to-be in White Sulphur Springs and in his words, "they got serious about each other when they were sixteen." Althea Shearer was born on a homestead at Sixteen, Montana, a well-known station on the Milwaukee Railway, and attended school in White Sulphur Springs. Paul married his high school sweetheart, on December 18, 1940 and they shared 65 years together.

In 1941, Paul left the circus, anticipating a call to serve in World War II. He was drafted into the service and remained active from 1942 to 1945. Paul was first stationed in North Africa with the United States Army Signal Corps then to Italy, as a high-speed radio operator in a counter intelligence unit with the Air Corps. Although he had two battle stars, he spent most of his time in the service detecting the Morse Code used by German Luftwaffle. Paul shared his experience with his family, “When I identified German communication, I then communicated with the code cracker, who deciphered the message. It was true team play between radio operators and code crackers. Everything we did was stamped top to bottom Top Secret.” When he was discharged in the fall of 1945, Paul attended the Agricultural College of the State of Montana and studied agriculture on the G.I. Bill.

From 1946 to 1949, Paul managed the Ringling Ranch on the Smith River, running both sheep and cattle. Paul's mother and her second husband, Jim Haley, in the meantime, sold their shares in the circus in 1947, and in 1949, she decided to sell the family ranch. Paul and Althea bought 25,000 acres from his mother "with no money and a lot of credit" and started their own ranch. During this time, their three children were born: Rick in 1946, Ann in 1948, and Rock (Paul D.) in 1952.

In 1959, Paul and Althea sold their White Sulphur Springs ranch and bought the Sheep Mountain Ranch near Springdale, Montana. In 1964, the Ringlings left Sheep Mountain for a ranch in prime range livestock country near Ekalaka in the remote southeast corner of Montana. As a rancher and a lifetime conservationist, Paul was an excellent range manager and top producer of Angus cattle.

By the late 1950's, the Farm Security Administration of the Department of Agriculture needed new management and purpose, including Montana's Department at Bozeman. Through Senator Mike Mansfield, President John Kennedy asked Paul to take on the office and to either "shape it up or close it." Ringling agreed to give it two years. In that timespan, the office was reorganized, and the Commodity Stabilization Service became the Agricultural Stabilization and Conservation Service (ASCS), with concentration on conservation.

Paul was a lifetime lover of print, whether newspapers, news magazines, or books on history, especially presidential. He had an encyclopedic mind for history, people, and places. Paul continued to live at the ranch and in Miles City, Montana until his death. Althea passed away in 2005.

Paul T. Ringling, a true gentleman, with roots in circus life and ranch life, lived a storied time. He passed away in Miles City on the evening of March 7, 2018.

Lee Rostad and excerpts from her book "Three Ringlings in Montana"