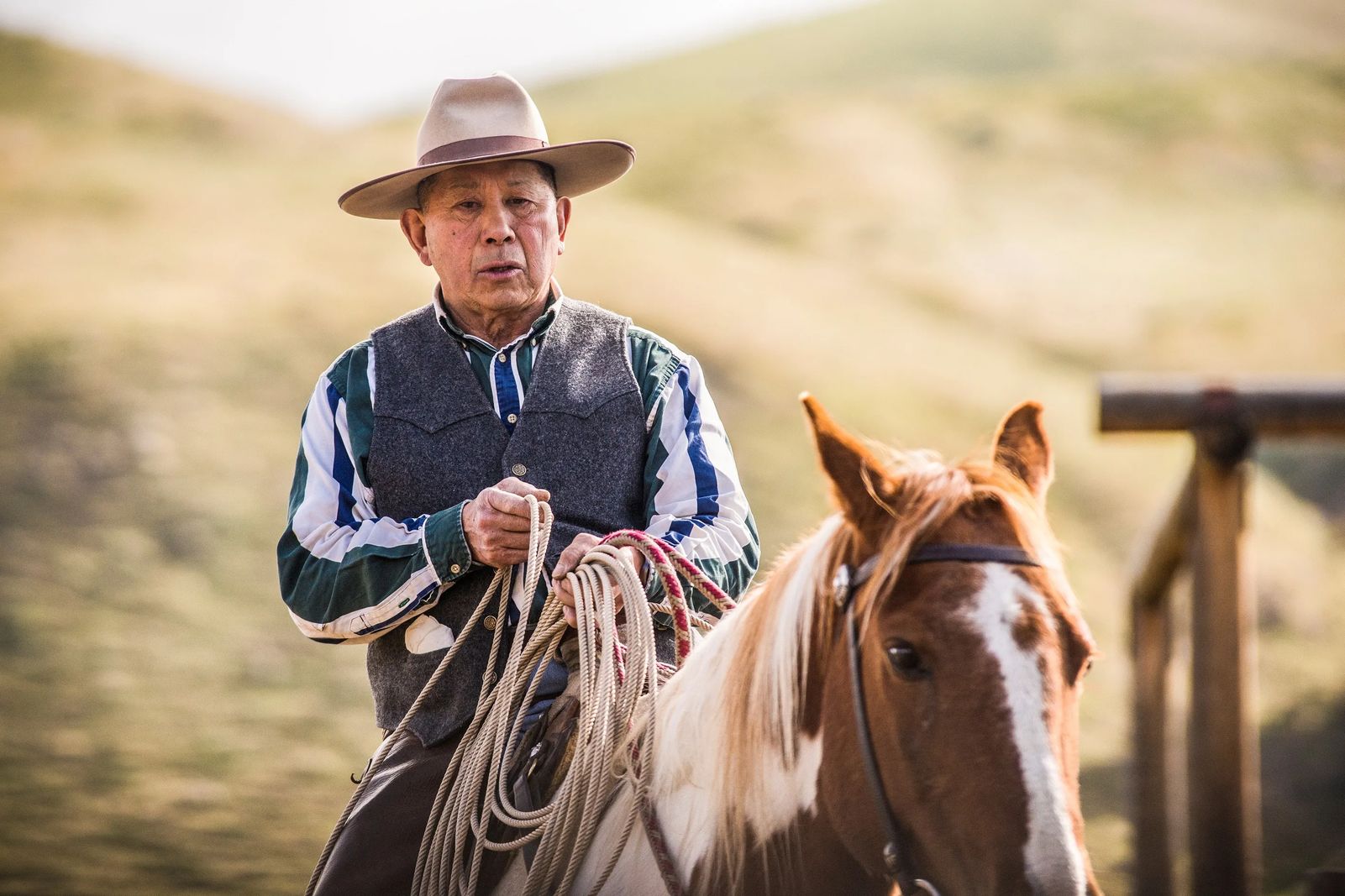 You know that guy who always brings a good attitude to every event he attends? His enthusiasm becomes infectious? The guy that never has a negative word to say? Always tips his hat to the ladies? Makes the best out of any situation? He is courteous, funny, and just someone everybody enjoys being around. Well Louie Vero has been and always will be “that guy”.

Louis “Louie” Woodrow Vero has spent most of his adult life helping to foster the western lifestyle and traditions. He is a cowboy, a horseman, a veteran of the United States Air Force, a poet, and most importantly a gentleman. As one of his former hired men says when asked about Louie… “He makes everyone around him better and everybody aspires to be like him. When I am around Louie I have to up my game.”

Louie was born July 4, 1939 and at a young age became enamored with the West and animals, specifically horses. His first horse was a mustang that packed him around during his elementary years. She put up with him and his siblings. It laid the basis for what lay ahead for his horsemanship. After graduating high school in 1957 he attended Cal-Poly San Luis Obispo to study animal science but in his words “I flunked out”. He then enlisted in the Air Force serving his country from 1961-1965 as a surgical technician. After his service, he returned to Cal-Poly and earned a Bachelor’s Degree in Animal Science and Agriculture. While there he learned more about becoming a horseman and a cowboy in earnest.

Bill Gibford was the head of the horse department at Cal-Poly at the time. He was training hackamore and spade bit horses. Horsemen like Les Vogt, Roger Hunt, and Emmitt Mundy boarded their horses at the college, so Louie got exposure to some of the greatest hands in the country. “Learn by Doing” was the Cal-Poly motto at the Equine Center. Louie was all about “doing”. He would ride and rope nearly every day soaking up everything he could between classes. He earned his Bachelor’s Degree by hitting the books, but the hands-on approach was more his style.

During the summers of his college years he took a job in Montana with the E Bar L Ranch, one of the oldest guest ranches in Montana. The horses and Big Sky country suited him right down to the core, but what really suited him was the boss’s daughter, Mary. After courting her with great tenacity, she said yes, and they were married. During the first years together, Louie cowboyed in Idaho and Oregon for some large outfits with over 1000 mother cows and honed his skills with horses and cattle. Doctoring the cowboy way was the norm back in those days. A good horse and skill with a rope was required - Louie had both.

After a few years away from Montana the couple returned to work on the E Bar L. and have become part of the ranch’s almost 100-year history for nearly half of it. They kept up with ranch guests, cared for the horse herd, put up hay, managed pastures and the natural resources with logging and weed control. They even managed to raise two kids: Juanita and Emmanuel. Both followed in their Dad’s footsteps in different ways. Emmanuel is currently serving his country in the United States Army while Juanita is helping run the E Bar L. At the moment - Louie calls himself retired.

For close to 50 years Louie has been passing on his love of the Montana traditions and Western lifestyle to his children, friends, and guests from all over the world. Always looking to improve his horsemanship Louie attended a Ray Hunt Clinic in Wyoming. He got along so well with Ray that he attended a few more before inviting him to Montana. Louie hosted Ray’s clinics several times at the ranch all the while learning more and more from the legendary horsemen. The most important thing to Louie was to give the horse credit for your success and stay out of his way. Well, Louie has been giving the horse credit for many years and is a tremendous role model for others who hope to become half the horseman that he is. Louie has probably forgot more than most folks will ever learn when it comes to horses!

Louie has competed in Team and Ranch Roping’s over the years and is one of the charter members of Western Montana Ranch Roping. He is competitive, placing in the Season Series Top 5 on multiple occasions. Louie won the Cowboy Traditions Ranch Roping in Ellensburg, Washington in 2012 at age 73 and this year at age 78 his team placed third. Typical of Louie, when asked about the Ellensburg roping, he talks mostly about the horse he raised called Red Tail. Staying true to giving the horse credit, Louie will talk modestly about himself while bragging up the paint gelding. Red Tail has been ridden by several competitors in the years of the Cowboy Traditions Ranch Roping while carrying a winner to three overall titles as well as placing in the money each year the event has been held since its inception in 2011.

Louie served on the Sunset School Board for ten years helping to keep the idea of a one-room school house alive. The small school is in Greenough, Montana and served area students Kindergarten through 8th grade. Louie followed a simple creed while serving as a trustee: hire a teacher, make sure there is fuel for the furnace, and don’t let the water lines freeze. It must have worked because the school is still in operation today. Maybe someday Louie will do some poetry teaching at the school. Louie has a unique way of telling a story that is rarely matched and has performed at the historic Wilma Theatre in Missoula, Montana. Louis Woodrow “Louie” Vero will leave a lasting and deserving legacy to his family and all of Montana.