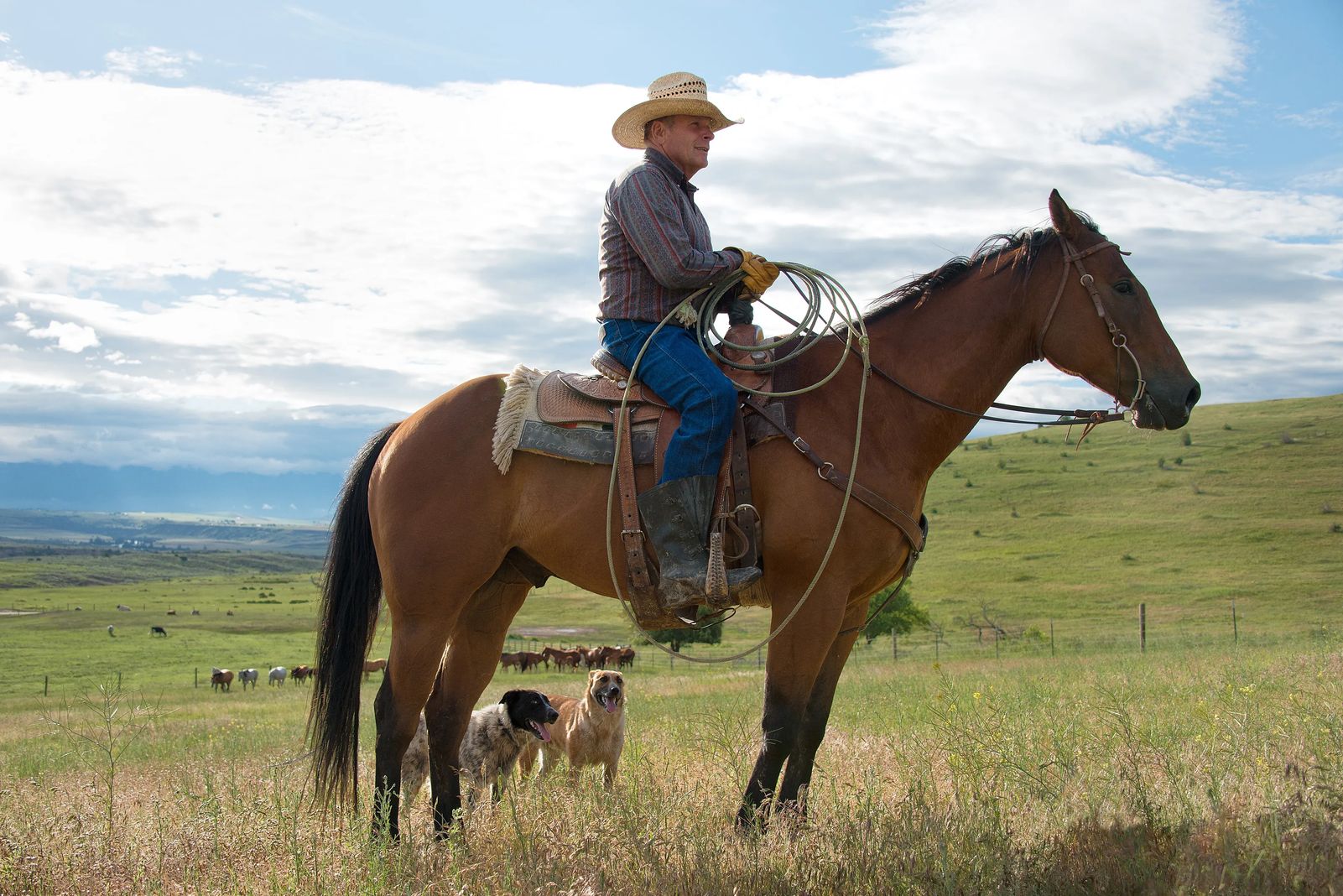 Carl Victor Moss was the sixth child in a family of eleven children born to Reuben R. and Elmyra Carey Moss. He was born on May 29, 1947, in Jackson, Teton County, Wyoming, when that part of the world was not the glamorous, lucrative playground that it is today.  In 1952, when Carl was five years old, his parents sold their cattle ranch in Wyoming and moved to a ranch across the Flathead River from the Moiese Valley in western Montana. And it has been within the shadows of the beautiful Mission Mountains that Carl grew to manhood learning and developing his skills as a horseman, cattleman, good neighbor, honorable man, and, most importantly, raising a family with his beloved wife, Kathy Hammond Moss. They take pride in the fine family they raised which includes eight daughters and two sons.

On the day, he was to start first grade, he was nowhere to be seen. His sister found him in the barn where he announced that he wasn't going to go to school because he didn't know how to read or write! His life, even at that tender age, was immersed in cows and horses. However, of course, he did go to school and did graduate from St. Ignatius High School. But his main cowboy education came from the “School of Hard Knocks”, real life experience, and natural ability.

Some men, like a tree, cannot be measured until they have fallen. Not so with Carl. (Upon learning that Carl was going to be nominated for this award, many comments were received from various people whose lives have been touched by Carl's actions). Mostly, this unpretentious, quiet, 5'9” giant of a man's influence has been felt by his willingness to be of service to anyone in need, by his honesty, his loyalty, his experience, and by his perseverance, even during adversity. Drought, fires, grasshoppers, broken bones, cattle and hay prices - all seem to be built into the life of a rancher.  A man and his cow dogs, doing an honest day's work, starting at daylight and unsaddling after dark or you might say “working from last star to first star”, but always finding time to be a good neighbor or friend.

Carl is a humble man where discipline of religion serves a big part of his life. You get that sense when you walk into his home and see, at his place at the table, his scriptures and reading glasses.

In 1963, Carl and his brother, Howard, took over the 7,500-acre ranch (plus an additional 8,000 acres of leased land) when their parents moved to a smaller ranch in the valley.  This land, under the care of the two young brothers, located a long way from town and somewhat isolated, with both mountainous terrain and irrigated hay fields, could be considered their freshman year at that School of Hard Knocks. But they learned and prospered. Five years later Howard moved on to another ranching opportunity.

Carl's cowman skills are outstanding. Some, such as performing most of his veterinary needs, were developed in part out of necessity because of the distance to his ranch and the blessing of veterinarians who were willing to advise and guide him along the way. Carl is proficient at cesarean sections and pregnancy testing. He is perceptive in diagnosing an animal’s condition, treatment and prevention of suffering, but also knows when he needs to call for assistance. His cow-sense is apparent as he can recognize his cattle at a distance, or, at a glance, spot a stray in his herd. In most cases, he can identify a cow, her current calf, last year's calf, and so on, detailing the genealogy of several generations. Carl does his cowpunching horseback, so he can go into the places cows go. He rides year-round checking, trailing, gathering and managing the herd of 500 – 600 head. Other time is spent “preg” testing, calving, branding, castrating and vaccinating not to mention irrigating, haying and feeding.

Although Carl is a good cow man, his first love is his horses.  In 1969, Carl started his Quarter Horse operation using sons and daughters of the specific blood lines of Jet Deck, 3 Bars, Leo, Depth Charge, Sugar Bars and Joe Reid. These lines are still strong in their pedigrees and have a good all-around reputation for usability in ranching, racing, roping and barrels.  They are not pampered horses but live in conditions that have benefited them in their athleticism and durability. In 1993, his herd of approximately 250, were featured in an episode of “Backroads of Montana.”  His horses have been photographed for years for the iconic Marlboro ads that have been seen by millions all around the world. Even now, Marlboro photographer, Norm Clasen, teaches photography workshops and brings his students to Montana where thousands of new photos are taken every year of Carl and his outstanding herd.

One man said, “Carl is the kind of person you want for a neighbor” and another, who has known Carl for 65 years said, “If you are looking for a true Montana cowboy, you will never find one more qualified than Carl Moss.” Gil Mangels, became personally acquainted with Carl over 30 years ago through church affiliation and Gil’s business, Mangles Machine Works and Welding. Gil remarked, “His checks were always good, and he would often tip me because he didn’t think I was charging him enough for equipment repairs, even when cow prices were down, and hay prices were up. Carl would literally give you the shirt off his back in the middle of a Montana blizzard, if you were cold”. Gil, founder of the Miracle of America Museum, would occasionally invite Carl and his faithful wife, Kathy, to share their oral and video presentation about their string of horses. Gil further remarked, “They are clean-talking, clean-living and ‘old school’, real ‘salt of the earth’ folks”.

His wealth would not be impressive if you looked at the bottom line of his bank statement, or his pickup, but look at the army of friends and neighbors that are always glad to see him, come to him for advice, or just a friendly conversation - now that is a rich man.

For a little time off, he and his wife Kathy saddle up and enjoy a peaceful ride into the country they love so much. After 65 years in the Mission Valley, they relocated to the magnificent Big Hole Country of southwest Montana in the spring of 2017. The location will change but you can rest assured, Carl will not.