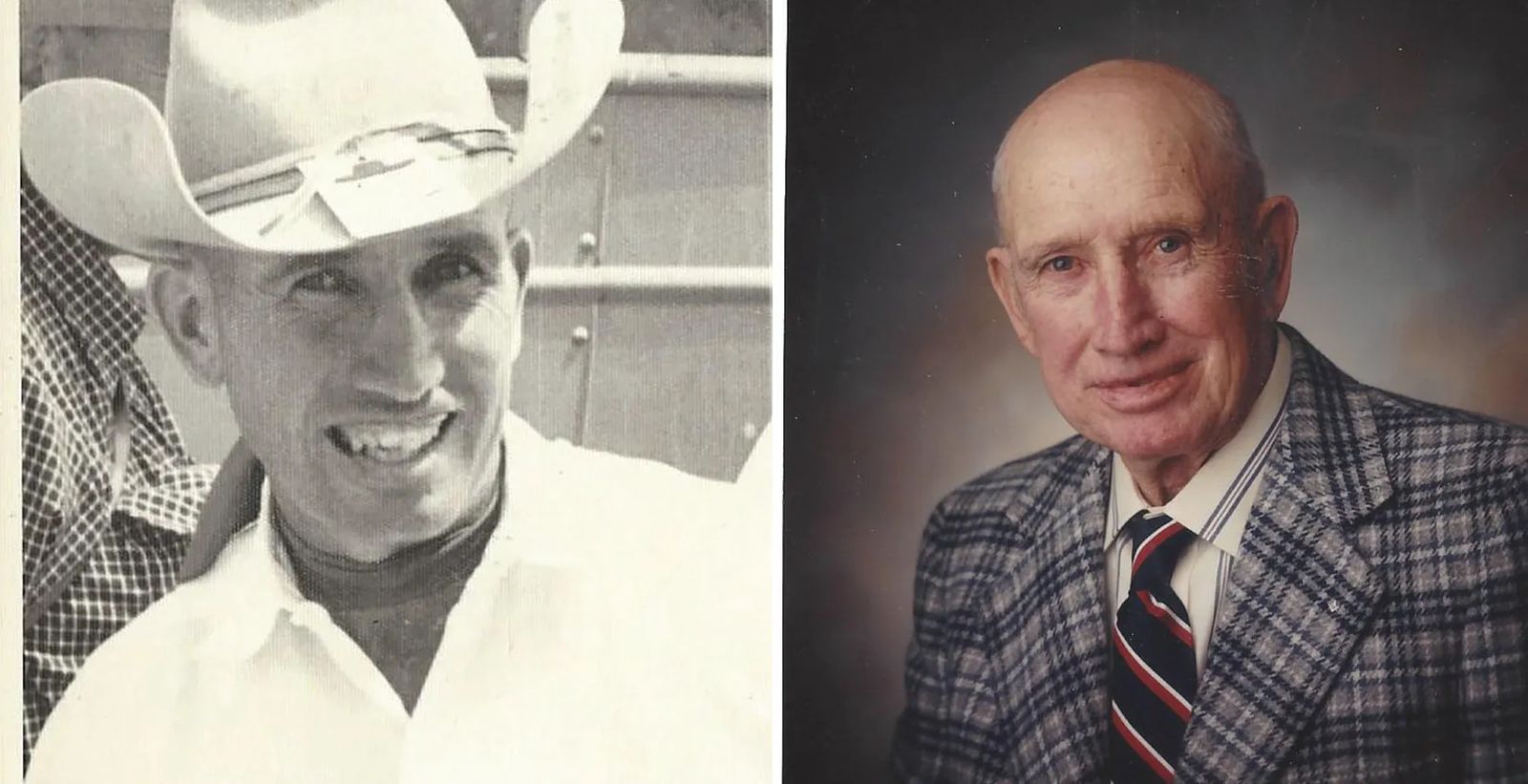 From taking his first steps on the platform of the Missoula, Montana, train station, Asa Clayton Brooks left a big footprint on the lives of many Montana cowboys.

The Flathead Indian Reservation opened to homesteaders in 1910 and that same year the Brooks family arrived to claim their land adjacent to the National Bison Range. They bought lumber to build their house and settled in the Mission Valley.

At the tender age of four, “A.C.” sat on the corral fence keenly observing his older brother, uncle, and Indian cowboys wrangle wild horses for ‘breaking’ to be ridden or harnessed for domestic purposes. Selling their homestead, the Brooks family moved near St. Ignatius. With nearly 400 horses and 200 head of cattle, they hired local cowboys to assist with the work including his uncle Charley Crowder who taught ‘Little Acie’ a great deal about roping and good horsemanship. The family sold horses to the United States Army during World War I, for service overseas. A.C. later sold horses, that he trained, to the U.S. Forest Service and the National Park Service.

At age seven, A. C. acquired his first horse, a pinto mare and became adept as a horse trader when offered five horses in trade for his favorite horse, Roanie. On July 4, at the age of eight, he rode Buck in his first horse race and won $50.00. Over the next three years they continued to race and win - later selling him for $150. He became true friends with his neighbor, Abraham, a Flathead Indian who shared many insights on how to be a gentleman and a knowledgeable horseman.

When A.C. was in grade school, his father traded for a young white mare with spirit and speed. The cowboys called her Snowball but A.C. named her White Swan and was his pride and joy. He trained the mare to jump over a rope tied between two gate posts. After learning to jump the rope, she began jumping 4-wire fences at A.C.’s command and then the family’s old Model T car. Ed Lane, who drove a fancy Oldsmobile and Grey Scott were showmen at rodeos and wild west shows. One day, they drove to the Brooks ranch as they wanted to see the mare jump. A.C. fancied up the mare, jumped the fence and the Model T then asked, “Want to see her jump your fancy car while you men sit in the front with your hats on?” They agreed with the top down but behind the front seat. A.C. galloped the horse up and over never leaving a scratch. The men were taking a western troupe to New York City to perform at the Madison Square Garden and wanted A.C. and his horse to be the show’s star act. When asking his mother if he could quit school and go, she replied “No! I don’t raise circus kids. Cowboys ride the range and not the trains!” Ed had a new cream colored 10X beaver, western hat with a beaded hat band and joyfully offered it to A.C. With $125 and a new hat, it was a bit easier to sell his beloved White Swan. Ed and Grey reported that White Swan was a well-received act in the show and starred for many seasons.

During his childhood A.C. had ridden through many miles of the Bison Range as it had no cross-fences. Later, his good friend, Cy Young, Operations Manager of the range and he would take young ladies on rides through the “park”. Both managed to enlighten the hearts of Gladys Gillis and Katherine Smock into marriage proposals on these adventures. Encouraging others to ride the range, A.C. proposed to the Mission Range Riders Saddle Club that they sponsor an annual ride each May when the park was opened to outside horsemen. This ride grew from 36 riders in 1951 to over 500.

A.C. served as the state president of the Montana Saddle Club Association and was a charter member of the Mission Valley Back Country Horsemen’s Association. He, Katherine and their daughters were actively involved in the sport of O-Mok-See.

Many young boys hung around the Brooks’ home and became A.C.’s protégées. Wayne Bates, acquired many tips, tricks, and talent from his mentor. He passed on his knowledge of horsemanship by building an arena and training more than 300 horses a year for kids in the Port Orchard, Washington area. The men agreed that horses keep kids from unhealthy pursuits. When Wayne was recovering from a broken leg, he yearned to go elk hunting. A.C. got him and the casted leg, onto Katherine’s horse and headed into the mountains in search of that elusive elk. When spotted, Wayne aimed his rifle, laying the stock on his shoulder with the barrel pointed between the ears of the horse’s foretop. Kaboom! The horse remained quiet and calm as the elk went down. A.C.’s horses didn’t implode mentally in an arena for a barrel racer or pole bender, either, but exploded in speed and dependability. A former NFR champion calf roper and steer wrestler told A.C.’s daughter, “I heard about a man in western Montana who could make a horse and man behave so well they would be winners. So, I looked up this man by the name of A.C. Brooks. Not only did I buy several extremely well-trained horses from him but those horses and I were like countless other young men; we learned that a man and a horse must always be gentle, loving, kind, dependable, and work hard.”

When A. C. was 85 years young he bought a rank cayuse, stating, “After a few days, it’ll be a really good one!” A.C. was thrown from that bronc and died instantly of a broken neck but, not from a broken spirit. His family remembers endless and memorable horseback outings into the Mission Mountains to fish, ride, explore, and enjoy each other. A.C. often said, “Well, we kind of like to ride horses”.  His philosophy shines in his sons-in-law who admired him for his ranching skills and his grandsons who have carried his legacy into the roles of ranch manager, fish management, and rodeo pick-up man. A.C. was buried June 1994 at the Pleasant View Cemetery, St. Ignatius, Montana. His X 9 bar brand, representing the year 1910, and the welcome sign to his ranch “Cows and Cayuses” continue to reflect the image of his footprints.

A. C. Brooks, “For My Wonderful 9 Grandkids”, 8 cassette vocal tapes made in his home at St. Ignatius, Montana, 1987 containing his narrative of his life