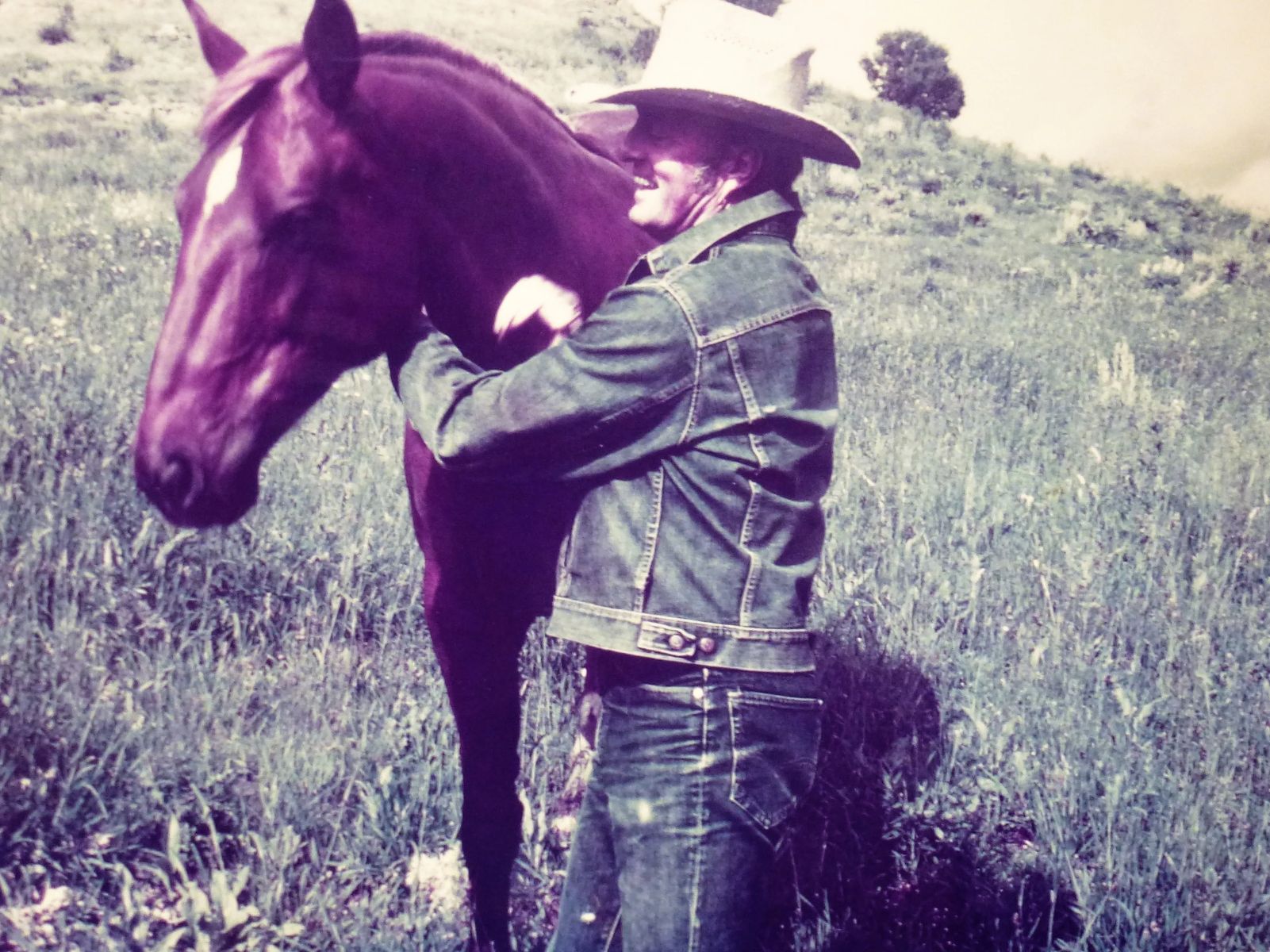 Ernest “Ernie” Briggs was born August 5, 1919, in Brittin, North Dakota, a small town 20 miles south of Bismarck, in Burleigh County, the tenth child of Geroge and Stella (Hubbard) Briggs. At that time, Ernie’s dad was a sextion foreman for the Soo Railroad line off the Northern Pacific. While Ernie was still a baby, his dad was transferred from Brittin to Pollock, South Dakota. George soon left the railroad and took up a small farm six miles south of Pollock. Ernie’s early years were spent growing up on that farm with his brothers and sisters. He attended a small country school through the eighth grade.

In the early 1930s, Ernie's dad, along with several neighbors lost their farms due to the great dust bowl that extended from Canada all the way into the Texas Panhandle.

In the spring of 1936 the family moved west to Wilsall, Montana. Some of the family had already moved into the Shields River Valley. Ernie was 16 years old at that time and he went to work for neighboring ranches, working for wages until 1941. At that time, Hitler was waging war in Europe and President Roosevelt began the Selective Service Act. They were drafting all young men who were 18 and older into the service for one year. In January of 1941 Ernie was the first man from Park County to volunteer. The American Legion gave Ernie a sendoff dinner and the next morning, he boarded a train bound for Fort Lewis, Washington. He spent one night there and after breakfast the next morning, once again boarded a train bound for Salinas, California. Upon arrival, they were met by large army trucks and taken to Fort Ord. It was there that they were given a choice of which branch of the service they wanted to join. Being a farm boy, Ernie said he wanted to be in the cavalry. No such luck, he was told that the army was getting out of the cavalry and they were short of medics, so the Montana farm boy was enlisted into the Seventh Medical Battalion attached to the 32nd Infantry. At Fort Ord, he received his basic training and first aid training. His company commander asked him if he would like to go to Letterman General Hospital in San Francisco to take medical or surgical training. Ernie replied “Sir, I only have an eighth-grade education and you have to have more education to take those classes.” The commander said that he had done so well in the first aid training that if he wanted to go, he would see to it that he would. So, off he went to Letterman General where he worked half a day with the nurses and went to school half a day studying to become a surgical technician. He received his diploma in three months and was returned to Fort Ord where he was advanced to the rank of Staff Sargent, and put in charge of 30 men.

He was in four battles in the Pacific. Attu in the Aleutian chain, Kwajalein Island in the south Pacific, Leyte in the Philippines, and the last battle of WWII in Okinawa. His one-year stint in the service turned in to five. He was discharged and arrived back home in October of 1945.

August 16, 1947 Ernie married Ellen Holliday and in the spring of 1948 they moved on to a ranch in the foothills of the Crazy Mountains northeast of Clyde Park. It was the Holliday family ranch since 1897 when Ellen's grandfather bought two sections of land from the railroad. That was their home for the next 50 years. The first year on the ranch there was no electricity, no phone and it was one of the worst winters in Montana history. The only way they could get out was by using the front bob of a sled with what was called a pung box on it and a team of horses. They would go two miles to a neighbor's where they kept the car. They were snowed in until the Army Corp of Engineers came in and plowed the road in the spring. Ernie wasn't sure his young bride would stick it out. Her response was “Where was I to go?”

Ernie fed his cattle with a team and sled because the snow at 6,000 feet above sea level was too deep to do it any other way and he enjoyed it. He had a love for the livestock and working the farmland to make a living high up there in those Crazy Mountains.

The ranch consisted of two sections of land of which 310 acres was farmland and the rest was pasture. The farmland was seeded to mostly alfalfa that was needed to feed the Hereford cattle through the winter. The cows calved in the spring and the calves were sold in the fall. Branding time was always a big event on the ranch with lots of help from friends, family and neighbors. There was never a shortage of things to do. Mending fences, working up the fields, haying, harvesting the grain, but Ernie always found time for family and friends. Many fond memories were made picnicking on Cottonwood Creek and family gatherings at the ranch.

In 1951 Ernie and Ellen welcomed a son, Rodney Ernest to start their family and four years later, a daughter, Renee Ellen joined them to make their family complete. Rod is now retired from a contracting business in Portland, Oregon and has come home to take care of his dad. Renee is a doctor’s assistant at the Mayo clinic in Phoenix, Arizona. Whenever there was a Briggs family function, there was sure to be music. Music was a big part of Ernie's life. He loved to play his guitar and sing. Montana Ernie Briggs, the singing cowboy entertained all over Park County. He sang at weddings, funerals and talent shows. He recorded two CDs featuring many old-time favorites of country and gospel songs. Many people in Park County have copies of his music and it is listened to, still to this day. Eventually his arthritic hands no longer allowed him to play, but he still sing and does so whenever he gets a chance.

After 50 years on the ranch he retired and sold the place, that he loved so much, keeping 80 acres on which he had a log cabin built. The cabin has been a wonderful place that family and friends enjoy whenever they visit.

Ernie and Ellen built a house in Clyde Park where they spent their retirement years together until Ellen passed away in 2009, ending 62 years of wedded bliss. Ernie still lives in that house today. He had the floor plan for that house in his head. He said, “You have a lot of time to think going around and around on the tractor”.

He says he has lived his dream and God has blessed him in more ways than he ever could have imagined.

Montana Ernie Briggs, the singing cowboy is going on 98 years and is known and loved by a great many people in Park County and the Shield's River Valley. Keep on singing Ernie!