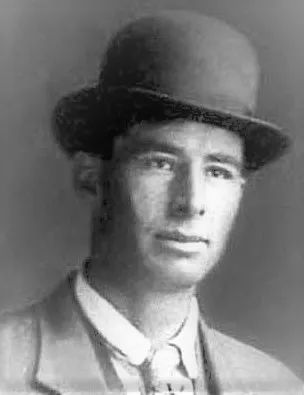 Brian greatly contributed to the sustainability of the Blackfeet Tribe. He served on the Blackfeet Tribal Business Council for over twenty years and actively worked for the well-being of its tribal members. He witnessed families who became deeply in debt when they honored family members with a decent funeral. When the Blackfeet Tribe settled a major treaty dispute, Brian successfully advocated using a portion of the settlement funds to establish a burial fund for tribal members. His vision of what is known today as "purple insurance" continues to offset funeral expenses for all enrolled tribal members.

He was well known for his honesty and concern for others but he had little patience for those who exploited their fellow tribal members. He also was known for the stewardship of tribal funds and consistently voted against dishonest deals. He thought that tribal income should be spent for land purchases or for per capita payments to individual tribal members. Brian led a faction that opposed what they viewed as the Bureau of Indian Affairs undue encroachment into tribal affairs and had an ongoing correspondence with Senator Mike Mansfield about questionable bureau dealings. Although he was not always liked by other council members, he was elected again and again by the people.

Brian F. Connolly was born February 2, 1887 on the Shonkin, near Fort Benton, Montana. His parents, Joseph and Angeline (Cobell) Connolly moved to the Blackfeet Reservation around 1895 and settled on her allotted land on Willow Creek in the Meriwether area, between Browning and Cut Bank. His father was an Irish immigrant and his mother was of Italian and Blackfeet descent.

Brian attended a local day school, St. Peter’s Mission and Fort Shaw Indian Schools in Cascade County and Carlisle Indian School in Pennsylvania. In his younger years, he worked as a cow puncher for the Fry Cattle Company, which leased land on the Blackfeet reservation.

He married Ida Johnson on February 21, 1912 and they moved to the family's Willow Creek ranch. They raised a family of eleven and took in other children who needed care or a place to stay. In later years, their home was usually filled with grandchildren visiting during weekends or holidays. Everyone were expected to pitch in regarding all aspects of work on the ranch.

His family faced hard winters and then the years of the Dirty 30’s depression. To supplement ranch income, he took on paying jobs including grading the highway with horse-drawn equipment. He sold cream to the Cut Bank dairy that was shipped from his ranch via the Great Northern Railroad and supplied milk to the local day school.

During the hard winter of 1919, many area ranchers lost nearly all their stock but Brian was one of a few that sustained his ranch during these hard times. He had stocked up with hay and was even able to take in some starving cattle from North Dakota. He acquired land that sustained his cattle and horse herds, initiated cross-breeding and diversified crops.

Over the years, Brian established a substantial cattle herd and many horses. Because of this, the United States Government issued Brian and six other reservation ranchers thoroughbred stallions for breeding to their mares for U. S. Calvary horses. They had to be “rough-broke” to three gaits, which his older children helped to train. Brian sold his horses that didn’t meet Calvary specifications to a Polo Pony Company in Oregon and some as bucking stock. The Connolly family continued to provide stock for area rodeos for many years.

He was one of the first ranchers to crossbreed which was not as accepted as it is today. Every five years, he crossed his Hereford cattle with the Shorthorn for weight. To his critics he said, “The meat tastes the same.” He bred a Percheron stud for work horses on the ranch. From this herd, he supplied ten teams to his brother-in-law, Jim Johnson's crew that worked on the construction of the Going to the Sun Highway through Glacier National Park. He was paid $2.00 each.

Brian remained active with the ranch business up until he passed away June 26, 1969. A reflection of his legacy is that many of his descendants continue to work the land that he arduously developed.

The tribute published in the Glacier Reporter, a local newspaper, truly reflects his influence and inspiration to others. Charlie and Marie Fisher cited a passage from the book, “Profiles in Courage” by John F. Kennedy to recognize Brian’s life's work. The text of their tribute is included here.

“Because of your recent retirement from the Tribal Council and because of your fair and impartial devotional service to the welfare of the whole Blackfeet Nations, we, to show our admiration and to give thanks, dedicate the following quotation taken from a book which was dedicated to men of political courage of whom you are one...

In whatever arena of life, one may meet the challenge of courage, whatever may be the sacrifice he faces if he follows his conscience – the loss of friends, his fortune, his contentment, even the esteem of his fellow men – each man must decide for himself the course he will follow.

Thus, you gave hope, provided inspiration and you taught us well. Men with your principles are few, are seldom awarded medals, or are dedicated monuments to, but the common people remember your dedicated service to this community. We thank you, Mr. Connolly. We hope you will inspire the same hope, the same courage, and the same honesty in some of our new Tribal Council members. Otherwise we forever be lost.”