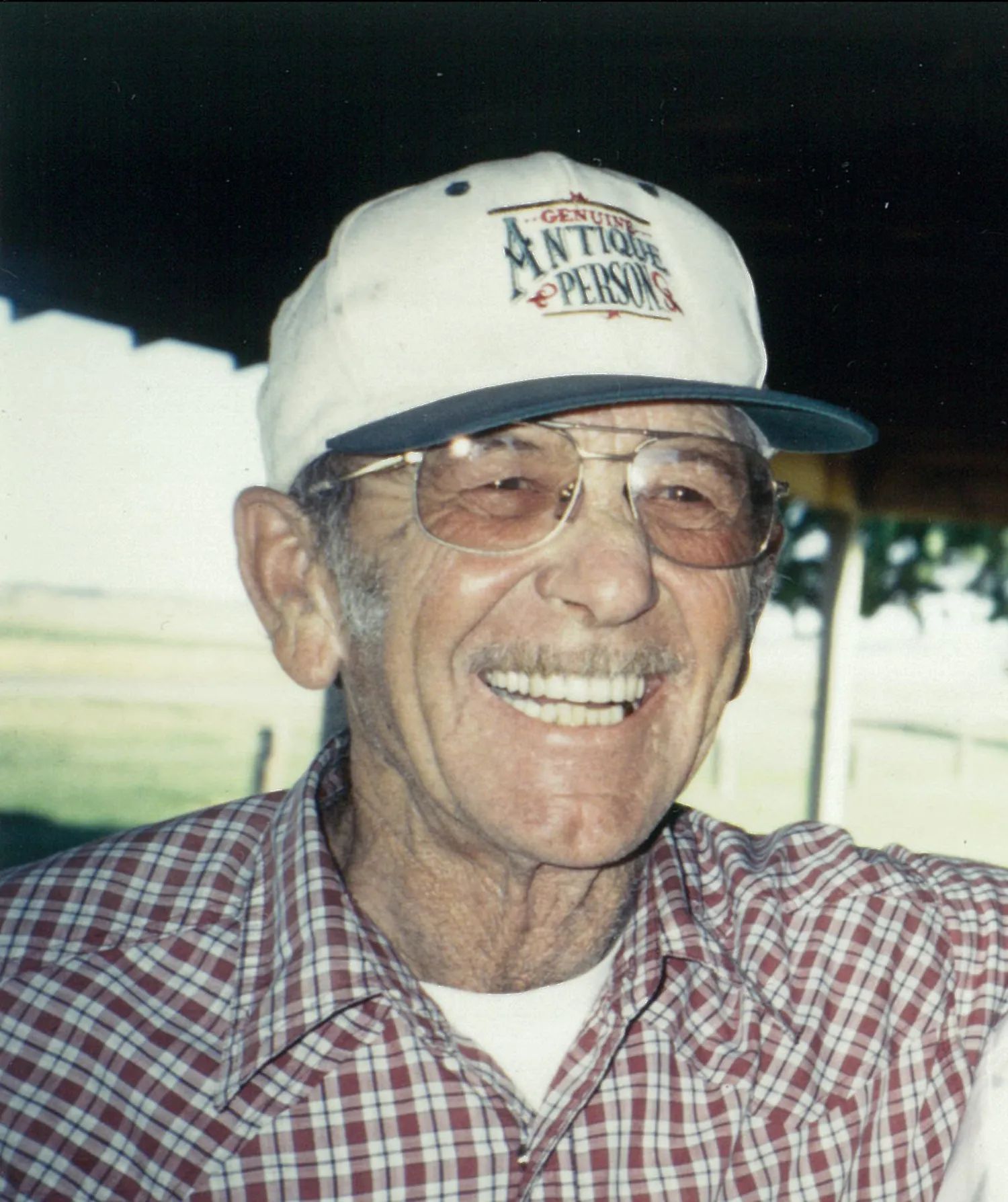 Jack Keith Ward was born on March 22, 1932. His parents were Joseph Henry Ward and Montana Susan Clemens Ward (a relative to Samuel Clemens, aka Mark Twain). Jack grew up on a ranch 80 miles east of Billings, near Hysham, Montana. He went to grade school at Sanders, and graduated high school from Hysham. He attended college at Montana State, were he earned a B.S. degree. He attended veterinary school in Pullman, Washington and received his D.V. M. degree in 1958.

During the course of his schooling, he and Della June Hale married in 1951, and both worked diligently to put Jack through medical school. Jack says he worked at least 23 different jobs during this time. It all paid off, as after graduation, he got a job with the J.W. Kilpatrick and J. W. Jackson Vet Clinic, in Hamilton, Montana. He bought the business in 1965, and has been a practicing veterinarian for 58 years in the Bitterroot Valley.

At the beginning of his career, livestock producers were experiencing the deaths of many newborn animals—calves, colts, and lambs. Vaccines were not prevalent, and much research was in its infancy. It was apparent that young animals were very weak at birth, and had major respiratory problems, and the losses had a major economic impact on producers. Jack became determined to discover the cause of all these problems, and began his personal quest to solve the mystery—a quest that still continues.

After 25 years of diligent research, and aided by a renowned virologist, Jack finally found the underlying cause—a virus contracted by the cow, and passed to the calf. He also developed a course of treatment to counteract it, thus saving many calves, and the ranchers’ bottom line.

In 1983, in recognition of his work researching this problem, Jack was awarded The Practitioner Research Award, from the American Veterinary Medical Association, and he traveled to New York City to receive the Award. In addition to his research on Weak Calf Syndrome, Jack was conducting research on Broodmare Infertility, and recognition for that work was also included in this award.

Jack and Della have four children, Beth, Lorri, Steven and Jason. They all grew up, and were schooled in Hamilton.

In addition to his family, Jack was very busy keeping animals healthy, mostly specializing with large animals, saying, “Back in the day, I rotated shifts with the other vets in the valley so that one of us was available 24 hours a day, 7 days a week for house calls, and we were plenty busy. My busiest day one spring was when I delivered 8 calves, performed three caesareans, and took care of whatever came up in between.”

In 1971-72, Jack had to take a year off from practicing medicine to allow a back injury to heal, and so became a delegate to the Montana Constitutional Convention in Helena. One hundred delegates met for 60 days, and wrote the Montana Constitution, under which we are governed today. It has won high praise for its content, and is oftentimes used as a role model for other states.

Jack and Della owned and raised good Quarter horses, and each fall for many years held a production sale of their colts. It was an event everyone looked forward to all year.

Jack is an accomplished horseman, grew up riding, and became a student of good horsemanship. Many times he was the demonstration rider in Charles O. Williamson clinics held in the area. He was also a fearless driver in the chariot races held at the Ravalli County Fair.

He often put his horsemanship skills to a practical use, and helped local ranchers move their cattle into the mountains in the summer, and gather them in again in the fall.

Another pastime was working on old cars and trucks. He was an excellent mechanic, and could keep any machinery running. At one time he even had a little shop set up.

Jack is straightforward and direct, and calls a spade a spade. As for his bedside manner, one rancher told him that he had none—but since it didn’t seem to bother the cows, he guessed he could put up with it, too. Jack is a good, caring vet, and worked under very primitive conditions at times. If he was considered “cranky”, then consider that he commonly pulled calves on slick side hills, in temperatures hovering at 20 below, with a stiff cold breeze blowing. Make anyone a little testy…..

Jack has slacked his work schedule in recent years, and has concentrated his research on the disease carrying capacity of wolves, and the effect it is having on humans and other animals. Cystic Hydatid disease originates with wolves, but can transfer to human beings, and the cysts can lodge and grow in their brains and livers. Jack says, “I hate to say it, but the threat of wolves is less about the threat to livestock, and more about the diseases they spread.” In conjunction with this belief, he helped form the Western Predator Control Association, and helped write a 30 page booklet on predator diseases.

Jack was president and secretary of the Montana Veterinary Association for seven years, and has authored many articles related to veterinary and scientific matters. Practice, education, and research have gone hand in hand with his professional life. He also served as Trustee for the Montana Cowboy Hall of Fame and Western Heritage Center for eight years.

He and Della weathered many storms in their marriage, and she has partnered with him through thick and thin – as when he battled alcoholism and won. He has since lectured on “the booze, the bottle and the battle”, and is happy to have come out the other side with a sound liver, his health, and a “few functioning brain cells”.

Jack is quoted as saying, “If I die tomorrow, I’ll have had a good life. A long time ago someone told me the difference between knowledge and wisdom—wisdom is knowledge with experience. I think I’m finally getting some.”