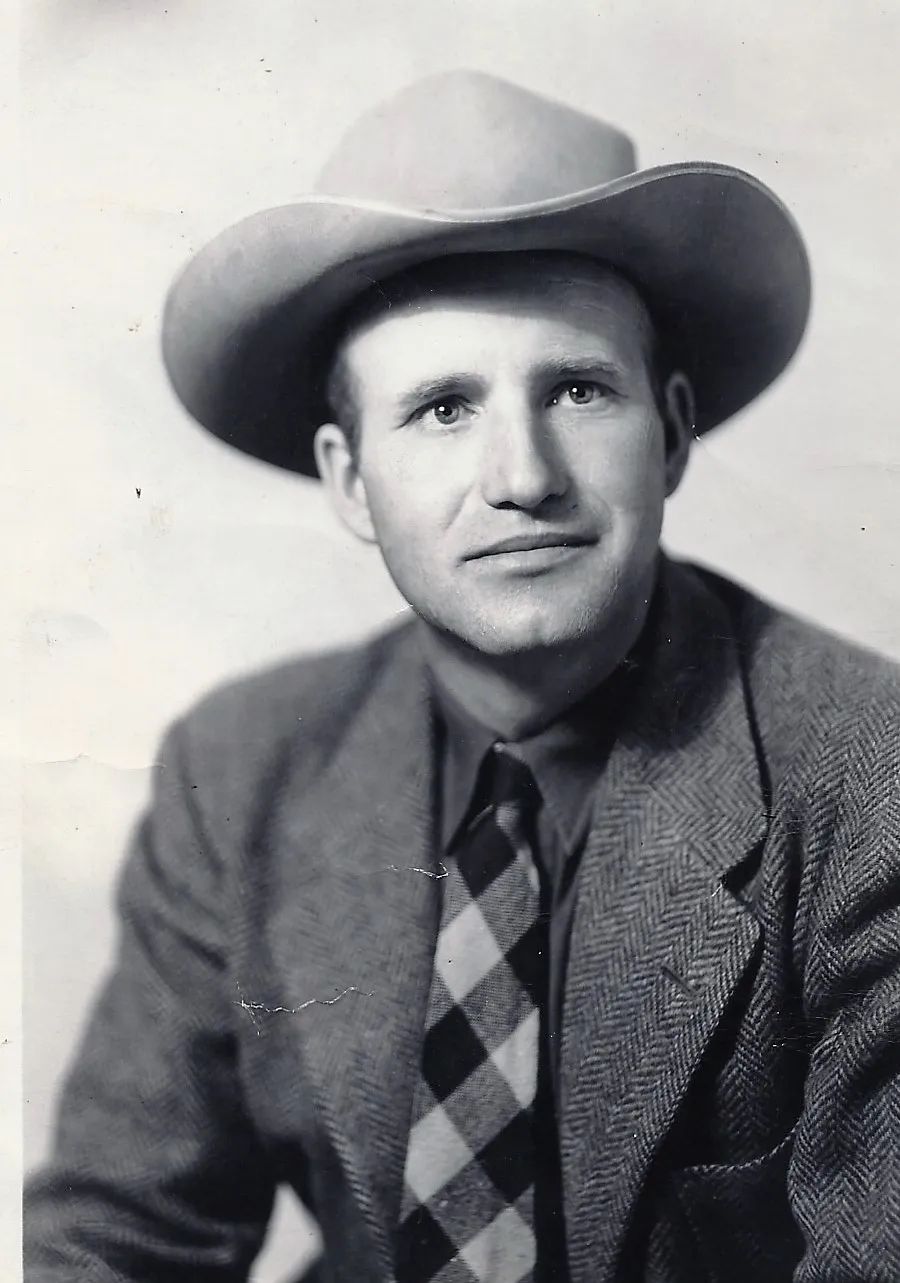 Jules Klint “Duke” Gustaftson was the fourth of eight children born December 24, 1913, to William and Alice Gustafson of Rapelje, Montana. Duke went to school in Rapelje and finished high school in Baker, Montana.

Duke was a horseman from his early days on, riding horses to school every day. He and his brothers would trail wild horses from their farm in Rapelje to the Crazy Mountains for summer pasture. During the summer they would till the farm ground with teams of horses. Recreation and work were all done on the back of a horse.

Duke went to college at the University of Minnesota for a year, staying with his sister Gertrude and her husband, Dr. Barr. He finished his college degree at Montana State College, graduating in 1939. He played football for both Minnesota and Montana.

His involvement with the MQHA included serving as a National Director of the American Quarter Horse Association in 1962. Duke was a judge for the AQHA, traveling all over the west judging horse shows and cutting events

In the early 1940’s Duke was the manager of a ranch in Ennis, Montana. They trailed the market cattle nearly 100 miles annually from Boulder to Ennis and onto a shipping point in Idaho.

Duke loved horses, and along with his horses, he loved the world of rodeo. He used horses’ bred for speed to enter rodeo calf roping, steer wrestling and team roping events in the early 40’s.

Duke, Shirley, and his college friend, Danny O’Neil, purchased Havre Livestock Commission Co. in Havre, Montana. At that time, calves were bringing 25 cents and cows 15 cents a pound respectively. Both he and Danny worked as “field reps” visiting ranchers who agreed to bring their cattle to the auction ring in Havre. During this time, they increased cattle numbers going through the ring and profited from the phrase “action through the auction”. In the fifties Shelby Livestock Commission Co. and the Glasgow Livestock Auction Co. were added to Duke and Danny’s management.

To expand on his love for rodeo, Duke, Jack Bloxham and Jack Willie started the JDJ Rodeo Company in the early 60’s. They produced rodeos in Havre, Chinook, Warrick, Montana and other small communities around the Hi-Line. Horses were trailed from pasture to the rodeo arenas usually a distance of over 50 miles.

Duke and Danny purchased the Great Falls Livestock Commission in 1961. Duke moved his family to Great Falls to run the business, and Danny stayed in Havre. By 1961 they had sold both the Shelby and Glasgow facilities.

In July 1961, an expansion grand opening was held at the Great Falls Livestock Market Center. In 1972, they moved to a new location and facility that was comprised of completely covered steel pens, the first in the northwest, and a computer scale in the auction sales ring.

During his tenure as president of the Montana Livestock Auction Markets, he hosted the National Auction Markets Convention in Great Falls. During this event he promoted a special feeder sale at the Montana State Fairgrounds where feeder cattle were run through the stage where the National Auctioneer Contest was held. Each auctioneer had several drafts of feeder cattle to sell to show his skills. At the end a champion auctioneer was crowned and ranchers were awarded a premium for their calves.

Duke and Shirley had three children, Greta, Dave, and Gary. Greta and Dave are deceased and Gary lives in Ennis on the ranch that his grandparents settled in the 1800’s. In his later years Duke was involved in the ranch where he helped move cattle from the ranch to the summer grazing, some twenty miles distance and two days in the saddle.

Duke’s weekly livestock report on KMON radio in Great Falls was more about his children’s athletics than the livestock market, but everyone enjoyed listening to the additional news.

His passion with football led him to get involved with fundraising, when his son Gary played for the Bobcats of Bozeman in the late 60’s. The “Steer-A-Year Program” benefitted student athletes at Montana State University. Duke served as a MSU board member.

Duke’s contribution as a Montana Cowboy will not be forgotten. He leaves behind a legacy of loyalty to the livestock industry, American Quarter Horses, and the sport of rodeo. Duke enjoyed the friendships he developed throughout the years and the friends he gathered along the way.

Duke passed away on October 13, 2000 – his ashes are scattered over the graves of his mother, brothers and sisters where they are laid to rest in Rapelje.