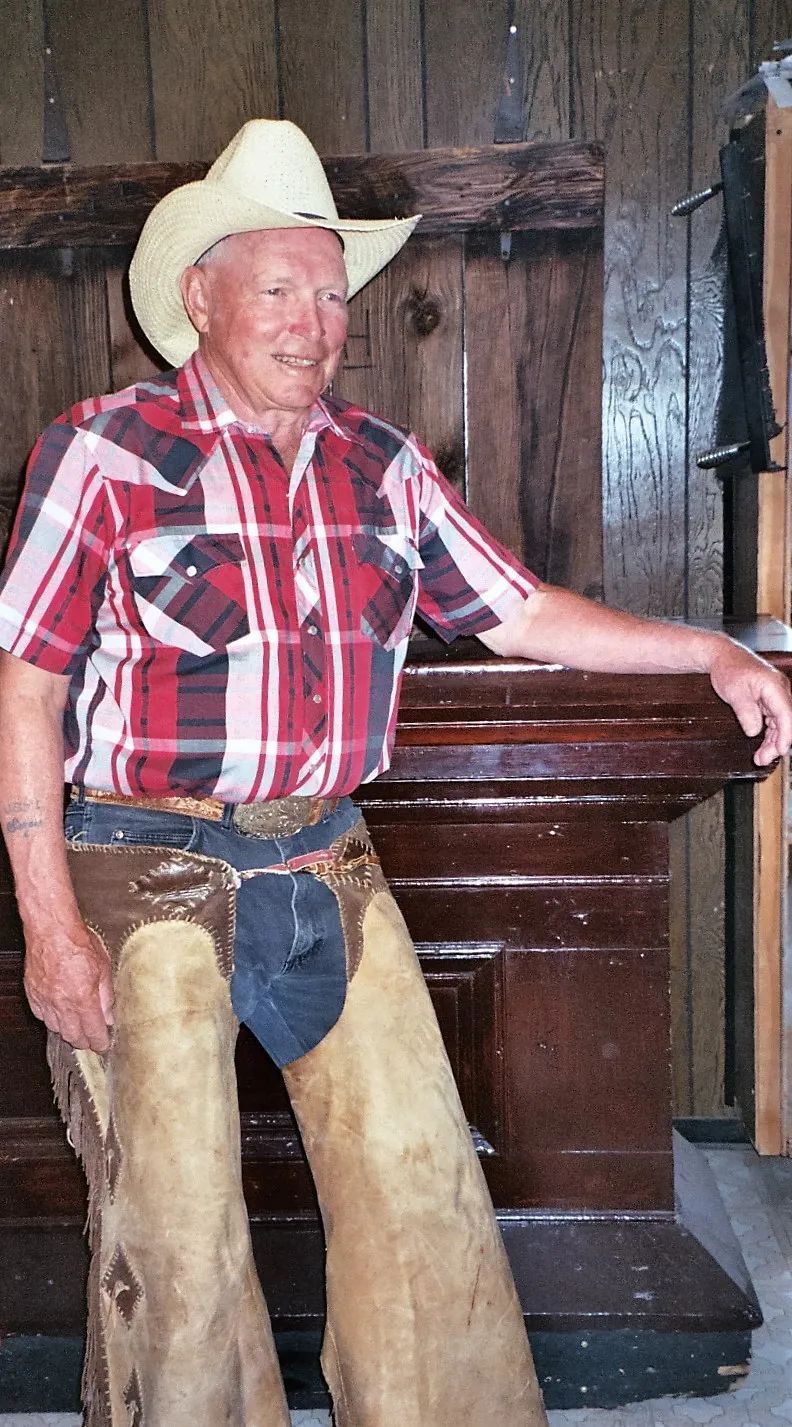 Donald Patrick Hogan was born in 1930 in Gold Creek, Montana, a small ranching community 60 miles east of Missoula, Montana. He was the second oldest of ten children born to Marian and David Hogan. No shoes were worn during the summer as was true for most children of families struggling through the Depression years. Eight of the ten boys slept in one large room of the upstairs. Many responsibilities came with being the second oldest on the family ranch and at the age of seven, he was driving a team of horses. He attended school in the one room school in Gold Creek, and still enjoys telling stories of his teachers’ challenges taking on the nine Hogan boys, their sister, and numerous cousins. As was expected during these times he often missed school because of obligations on the ranch

He graduated from Powell County High School in Deer Lodge, Montana. After high school, he found employment at a timber mill in the Gold Creek area. At the age of 20 he enlisted in the United States Marine Corps and was shipped to Korea where he saw active duty for two years. Upon returning to the states, he worked at the Pioneer Placer Mine and Dredge. He remained there until he started a summer job loading cattle for the livestock market in Butte, Montana – the place where he also met and married Betty Moran. That livestock market job led to his career as a cattle buyer. He worked for Earl Britton as a fat cattle buyer for four years until being lured away by the Needham Meat Packing Company in Great Falls, Montana. He worked for Needham until accepting a job as cattle buyer for Great Falls Livestock. He stayed there for over 20 years at which time he went to work for Western Livestock for more than 25 years.

While at Great Falls Livestock, he gave back to his community by starting a special sale whose proceeds benefitted Easter Seals of Montana. His “Special Cattle for Special People” sold cattle with injuries or malformations. While working the ring at the auction yards and after the sale of these cattle, he often yelled out, “Sell ‘er again,” and the same cow would be purchased sometimes two or even three times. As manager of Great Falls Livestock and Western Livestock, he also employed special needs workers to assist on sale days.

During auctions, Don worked most sales from the ring, showcasing the cattle, always with the seller in mind. Don went to auctioneer school early in his career and sometimes had to fill in for the auctioneer on sale days. He occasionally found himself clerking the sale, penning cattle, or welding gates – whatever needed to be done for the auction business.

“I never felt smart enough for college, so I knew I would have to have a lot of common sense.” Using these words as his guide, he fostered relationships with hundreds of ranchers in Montana. As a cattle buyer, his job was to arrange sales of cattle between ranchers, feedlots, and meat packing plants. He traveled the country meeting ranchers and brokering deals, but more importantly, he forged friendships. He was trusted by ranchers because of his ranching background, a part of his life that he never leaves behind. He not only made deals, but being the consummate cowboy, he often jumped on a horse and helped with round-ups or branding.

Throughout his career he ran his own cattle. He taught his five children how to work cattle, and everyone in the family was expected to help with branding and roundups. Even Betty, a registered nurse, would not escape his insistence that everyone be involved, as one could find her using her nursing skills to vaccinate hundreds of cattle. As his children got older, he liked nothing better than sharing the stories of the “good old days” and he often put this into action. His oldest daughter, Lori, a teacher, often invited him into her class of kindergarteners and they were captivated as he came dressed in his chaps and cowboy hat – no spurs because they might scratch the floor – and he showcased his branding and auctioneer skills.

In the twilight of his career he mentored up-and-coming cattle buyers, passing on his mastery of making pacts to younger cattle buyers hoping that his experience could help them in their careers. His reputation for integrity and honesty is renowned throughout central Montana.

In his later years, Donald traveled throughout the United States. When he crossed the Mississippi River at Lacrosse, Wisconsin, he commented “he never saw the kid from Gold Creek ever being on the east side of the Mississippi”. When he attended gatherings where the crowd was asked to shout out where they were from, he always yelled out in his boisterous drawl, “I’m from Montana!” The follow-up question of, “What do you do there?” was proudly answered with, “I’m a cowboy!”

The family ranch at Gold Creek is now maintained by his younger brother, Sam, and Donald is called home almost every summer where he can be found spinning his yarns to the younger generation.

Donald Hogan is one of a lost generation where stories of old are shared and memories are captured in the heart of a good tale. His stories of his youth and those of his time as a cowboy help keep the vision of Montana alive.