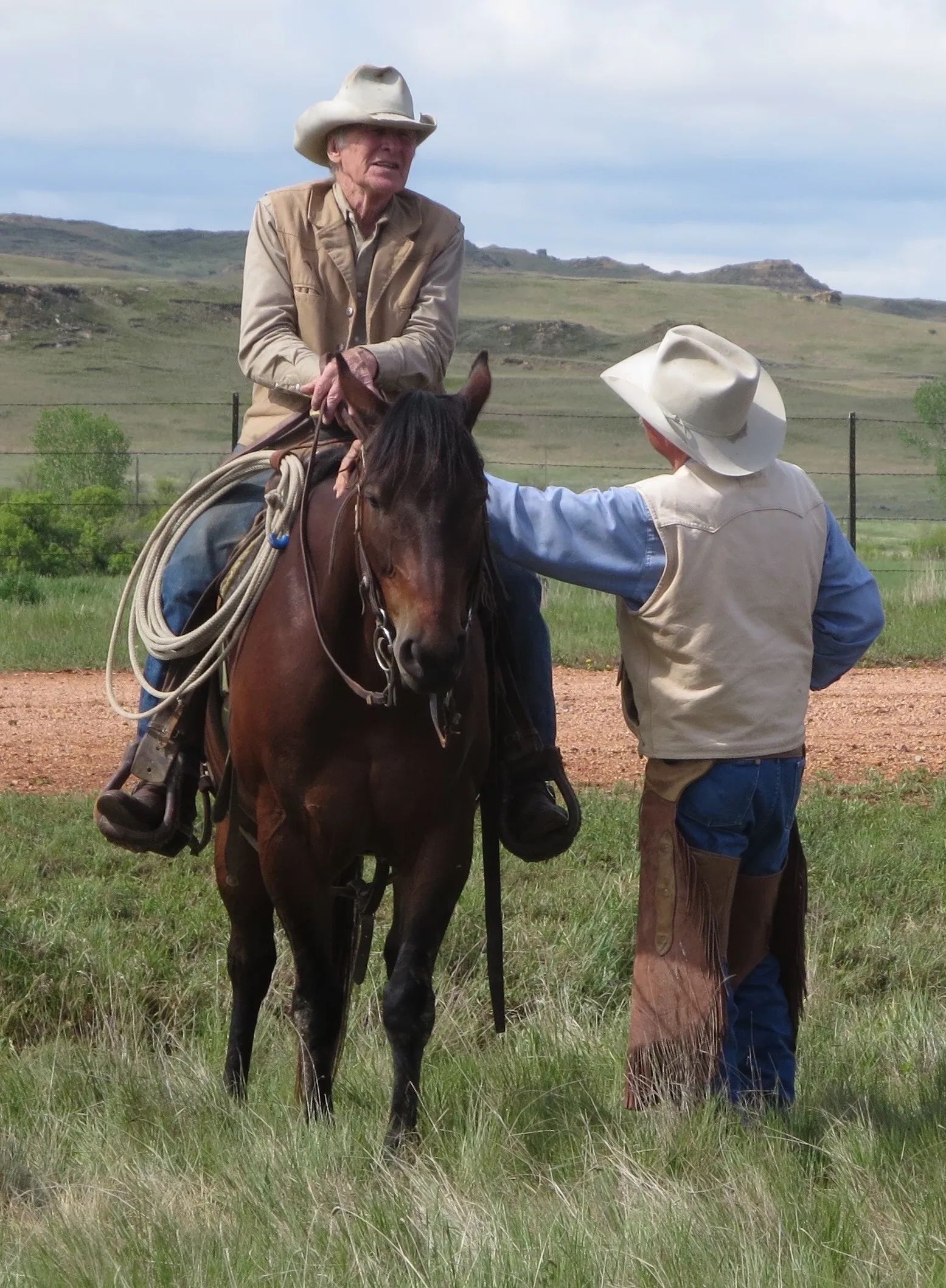 Lawrence C. “Buck” Roberts was born on Lincoln Creek in Kaywood, Missouri, on October 3, 1933. He attended a country school. At fourteen, he was cutting hedge posts and “got to thinkin’ he would like to go somewhere where he wasn’t cutting hedge posts or hoeing corn.” He traveled to his uncle’s place in Texas, but only stayed a short time. He went on to Holbrook Arizona, near the Navajo, Hopi, and Zuni Indian reservations. These tribes did not get along with each other.

Once there, a livery stable owner directed him to the hotel. Buck asked a Navajo woman at the hotel desk for a room.

“Are you alone?” she asked.

“All these Indians are in town with their annuity checks and they’re going to be partying. Lock your door, and don’t come out of your room after eight,” she told him.

Buck headed up to his room and locked the door, then stuck a chair under the doorknob for good measure.

Sure enough, it got wild. About ten o’clock, one of partiers came down the hallway, hammering on doors and trying to open them.

“What are you doing?” Buck asked.

“Open that door or I’ll kick it down,” the drunk said.

“When you kick that door in, I’ll shoot you in the belly.” Buck cocked his .45 close enough so the guy could hear the hammer being pulled back.

The drunk, deciding he didn’t want a hole in his belly, went shuffling off down the hallway.

Buck remembered what his dad had told him before he headed west. “The Wild West isn’t what it used to be.”

Considering he had only been in town for less than twenty-four hours and had almost shot a guy, he still thought the Wild West was a lot like he’d imagined.

Buck worked about three months in Holbrook for the livery stable owner, where he cleaned stables and rode horses. Many of the horses were spoiled and hard-mouthed. He soon gained a reputation for teaching these horses to handle. He tried to get a job on nearby ranches, but he couldn’t compete with the Mexicans, who worked for little more than room and board. Eventually, he went back home.

When the Korean War broke out, Buck enlisted in the Marine Corps and served as a scout in a rifle company (1st Division, 7th Marine Regiment, 3rd Battalion, Item Company). He was wounded multiple times and was present when the last shot of the war was fired. He went back to Missouri for a short time, but Missouri was still too tame for him. This time he headed for Wyoming.

After working on various ranches in Wyoming, Buck found a second home in Boyes, Montana, at Jim and Nancy Espy’s ranch. While working there, he met Donna Denzien, who became his wife in 1957. They moved to the Mizpah and worked for Bob Hardy on the LO near Powderville, Montana. The LO encompassed over 300 deeded sections at that time. While at the LO, he broke horses—the majority had remount bloodlines. The youngest horse he broke was seven and many were 11 or 12 years old and had never seen a human until that time. They were very well-bred, intelligent horses. He used these mounts to gather more wild horses. At one time, they had about 1,400 head of these horses in the corral.

Buck left the LO and leased part of the Harry Townley place north of Wibaux. By now their family had grown to include their son, Dave. Grasshoppers took over, so the family moved back to Missouri for a short time before returning to eastern Montana for good.

In the early 60’s, Albert Brubaker at the State Bank of Terry, Montana loaned Buck the money he needed to purchase cattle. That act of kindness was instrumental in helping him to achieve his goal—owning cattle and a ranch.

Buck and Donna moved on to the Birdwell Ranch near Mildred. From Mildred, they took their cows and worked for Benny Binion at Jordan. They spent the bad winter of 64-65 at the Binion Ranch. Along with breaking horses for the ranch, he also made many trips to and from Las Vegas with truckloads of horses. Some of the horses he broke were ridden in the TV series Rawhide starring Clint Eastwood.

In June 1965, a devastating flash flood north of Wibaux, Montana took the life of Harry Townley and his hired man. Mrs. Townley contacted Buck and asked if he’d like to lease the ranch. This lease came with an option to buy, which was Buck and Donna’s dream come true. After working on other people’s ranches for many years, they finally had a ranch of their own. Their daughter Kate joined the family after this last move.

Breaking horses was still his passion. He continued to break them for friends and the Randall family at Broadus. One thing about Buck’s ability in breaking horses was that he could break a knot head and it still might be a knot head, but a person could do anything with that horse on the ranch that needed to be done.

Over time and with the help of his family, he was able to expand and improve the ranch. His wife Donna passed away in 2001. Buck continues to ranch and ride north of Wibaux at a place he calls home.