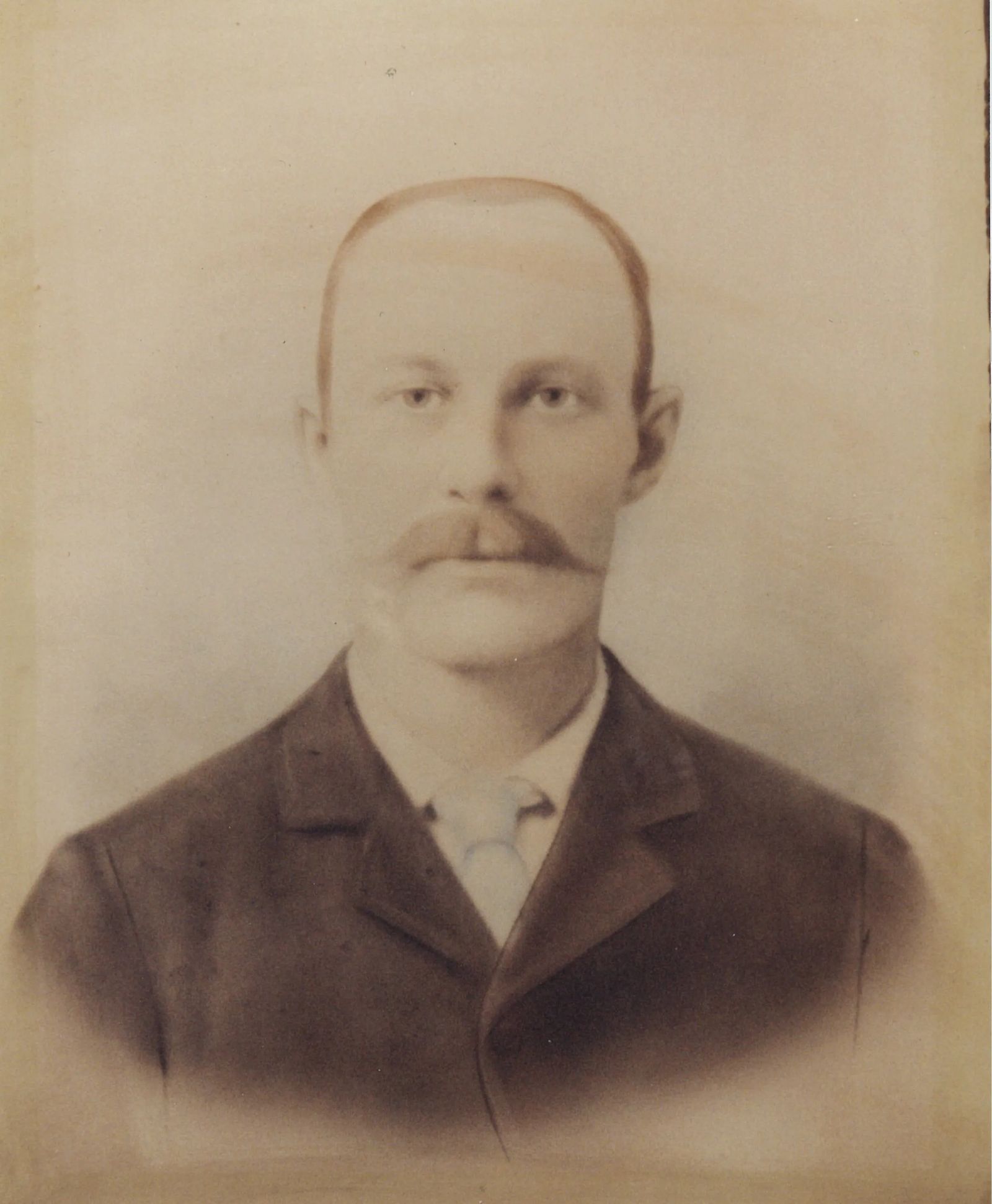 Elton Vanleir Brechbill was born July 17, 1867, in Missouri, and in 1881 at the age of 14 traveled with his family to the Bitterroot Valley of Montana. He briefly helped his family get established with farming and cattle production near Stevensville and then struck out on his own. When he was nearly 16, he worked for local rancher Marshal Franks. Franks and others saw the need for a school, and joined forces to build one. Located near a large granite boulder, it eventually became, and to this day, is known as the Lone Rock School. At the time it was built, Elton was given the important job of painting the blackboard in the one room schoolhouse.

In 1885, a robbery occurred in Stevensville. Three men held up the Missoula Mercantile, an outpost general store, and bank combination —at gunpoint—and fled on foot, going east out of town. Two witnesses, Hatch and McClure, selected guns from the store and started after them. A posse of eight was formed, Elton among them. They had ten horses, and met up with Hatch and McClure at the old grist mill, where they continued their pursuit of the fleeing men who had already gained a head start. There was about three feet of packed snow on the ground of the heavily used old Bitterroot Direct Trail. It was after dark when the posse members slid down the steep trail into Rock Creek, and surprised the sleeping robbers. Luke Hatch ordered them to surrender, and Clark, the outlaw boss, pulled his nickel plated 45, which gleamed in the moonlight. It made a good target for the posse, who all fired at once, ending his crooked career. After the group had delivered the remaining thieves to the authorities, and the money to the “Merc”, the men of the posse had their choice of a new Stetson, or buckskin gloves from the grateful store manager.

A prolonged drought struck the region in 1887, and grass for the cattle dried up. The following year, three ranchers pooled their herds to survive in the cattle business and drove them east to the Malta country, where grass was plentiful. 21-year-old Elton was hired on, and was placed in charge of leading a pack horse through rough and rocky country in the Sapphire Mountains. Something spooked the horses, the pack horse broke free, and rolled down a slide rock, spilling its load, miserably breaking its leg. The coveted sugar cargo had spilled into the rock pile below! Elton later told his children, that was when he learned to drink his coffee straight up as the entire supply of sugar was lost to the rocks.

When they got to the Malta country, the first order of business was to build Elton a place to live, as he would stay on with the cattle. They used a walking plow to cut furrows in the heavy sod, cut it into lengths with an ax, and snaked it to the cabin site, where it was stacked to create walls. They cut cottonwood for roof trusses, piled on brush, then laid more sod chunks on for the roof. Elton said this made for a well-insulated house, but if it rained outside for a day, it rained inside for a week! He soon hired local Indians from a nearby tribe to build him a weather tight roof and lived there comfortably until the drought broke nearly three years later.

Elton endured back-breaking responsibilities while caring for the cattle. He plowed snow the first winter using his saddle horse to pull a v-shaped plow, which uncovered the grass for grazing. That following summer and thereafter he put up hay for winter feeding.

During his time spent in north central Montana, he met two influential men. The first was Charlie Russell, who was always more than happy to exchange stories with Elton. Charlie captured Elton’s escapade, when he lost the pack horse in the rocks, in the painting, “The Disputed Trail”—a painting with its own disputes attached. In the painting, Russell has a bear spooking the horses—a grizzly with a hind foot painted on its front paw—a mistake, or a Russell joke? Elton’s grandson says the latter. There is no dispute that the cowboy in the painting is Elton, as his registered brand clearly shows on the pack horse! The other was Theodore Roosevelt. Elton liked and admired him so much, he later named his first child, “Ted”.

After the break in the drought, 1890 – 91, Elton helped trail the cattle back to the Bitterroot. It was there that he and his brother Charlie, partnered on a place up Ambrose Creek. Charlie had been courting Octavo Lamedia Brown, and they were engaged, when Charlie came down with appendicitis. In August of 1902, while on his deathbed, Elton promised his brother to “look after” Charlie’s girl. He kept his word, and Elton and Octavo were married in May of 1903. Elton’s son Frank says his uncle Charlie “willed” his mother to his father. They were married for 40 years, and raised ten children - obviously, it was a willing partnership.

The Brechbill’s were generous in the fact that many square dances were held at their place, as they had the only hardwood floor in the neighborhood.

In the early 1900’s, Elton and a neighbor set poles and built the first telephone lines in their community. It kept the neighbors in contact until main branch lines were added. In 1910, Elton donated two acres of his own land and helped build an elementary school. The log structure was named the Ambrose School. Elton went on to serve as a trustee on the school board, and sent many of his children there to be educated. One of his daughters, Ione, was later hired as a teacher there.

Like many old cowboys, he did not readily take to the automobile. On several occasions, he was bothered by a certain persistent car salesman, and finally decided to take a test drive. Elton came upon a team and a wagon, and could see he was startling the horses, but didn’t know what to do to stop the car. Elton just kept hollering “whoa” until the salesman got it stopped himself. Elton’s remark, “I’ll stick with horses!”

Elton had a droll sense of humor, and was an excellent storyteller. At Christmas, when the kids would come piling towards the Christmas tree, he’d admonish, “Slow down, don’t crowd through the door—you’ll knock your hips down!” Or, sitting down to a chicken dinner, with guests present, he would remark, “Well, looks like that droopy old chicken finally died.”

In telling about his hotcake cooking prowess, he said he didn’t need any spatulas, he could just flip them over with a twist of the wrist. In fact, he said, he was so good at it, he could flip one right up the chimney, run outside and catch it in his frying pan before it hit the ground! No wonder he hit it off with Charlie Russell.

Elton passed away in Stevensville, November 19, 1943, and is buried in Sunnyside Cemetery.

The Brechbill Family History as told by Frank Brechbill in 1996. Written and copyrighted in 2001.