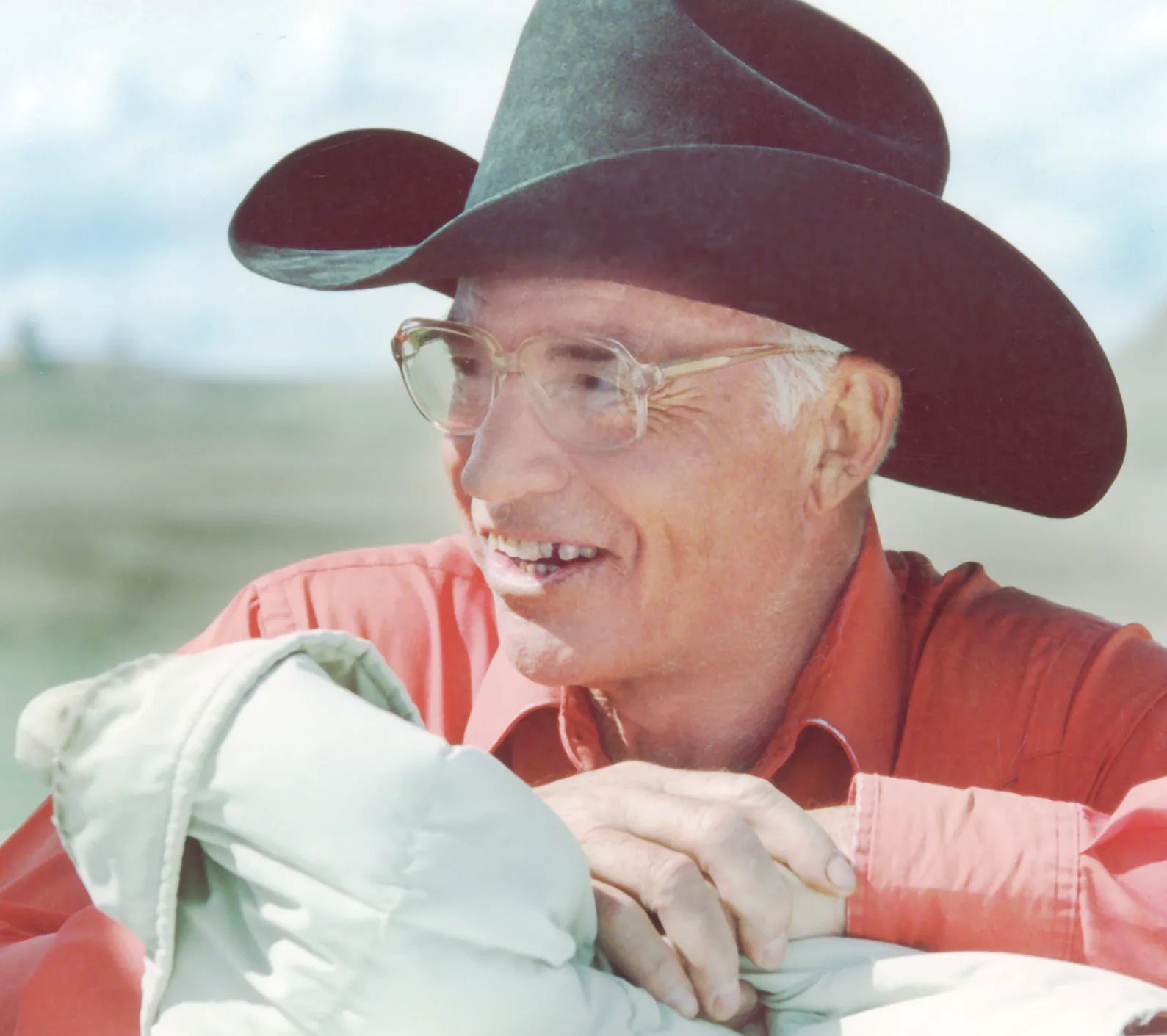 When you think of a cowboy, Doug Wall comes to mind. Doug worked in many areas of the ranching and rodeo lifestyle.

Doug was born on December 4, 1942, in Denver, Colorado. He lived with his family at Deer Trail, Colorado until 1955. In 1955, they moved to a ranch at Moon Creek, near Miles City, Montana. He attended grade school at Moon Creek and high school at Custer County High where he played football and wrestled. He won a state wrestling title as a senior in 1960.

Wall also drove truck, tended bar, and dealt cards. In the early 70’s, he was dealing cards when Benny Binnion came to town and told Doug he needed him to calve 2,400 head of 2-year-old heifers. Doug told him, “Not me! I have a good inside job dealing cards,” which wasn’t legal at that time. The next morning when Doug got to work, they told him he was out of a job because gambling had been shut down in Miles City. Benny showed up shortly after that and asked him what he was doing? Doug replied, “Nothing!” Benny told him to get up to the ranch and start calving, so Doug did. The very next day, gambling was back on in Miles City!

Wall worked for Eddie Vaughn and was trailing broncs in from Angela for the Miles City Bucking Horse Sale. Doug’s horse became tired so he had to get another horse out of the herd. The saddle horses were mixed with the bucking horses. One fellow roped a little sorrel horse that happened to buck a little. The horse settled down so Doug rode him the 30 miles to town. As they were trailing the horses down Main Street, Eddie Vaughn saw Doug riding that sorrel. Eddie jumped in his car and drove out to the yards where Doug had just finished unsaddling the horses. When Eddie pulled up and asked Doug what he was doing he told him he was headed to town to get a beer. Eddie yelled at him, “You just rode my best bareback bronc to town!” It was a good thing the horse bucked good at the sale two days later or Doug would have been riding him all summer.

Doug spent several years as a pickup man for Marvin Brookman with Brookman Rodeo. He also worked for Ike Sankey, Jim Korkow, Hank Franzen, Bob Barnes, and Bobby Steiner. He spent eight years in the Midwest as a pickup man and as a rodeo foreman for Barnes Pro Rodeo, a PRCA Stock Contractor, from Cherokee, Iowa. Doug was a jack-of-all-trades including a truck driver for Barnes. During a rodeo he sometimes worked as the pick-up man for six or seven horses then switched out his chaps to compete in the bronc riding. Doug rode broncs until he was 37 years old. He was the kind of guy that was an asset to any outfit. He liked things his way, but he was a great hand and exceptional worker! At one rodeo due to a miscommunication they thought Barnes was producing the entire event, as well as providing the stock. Wall stepped in and covered all the bases, including putting the toilet paper in the outhouse.

Wall worked as a pick-up man for the Montana Pro Rodeo Circuit Finals for nine years and the Miles City Bucking Horses Sale for 17 years along with numerous circuit rodeos. He also helped with the rough stock at the National Finals Rodeo in Las Vegas for 20 years. At age 62, Doug’s instincts told him it was time to retire so he didn’t get hurt or hurt anyone else. He continued to work for Brookman Rodeo for several years. He now enjoys sitting back and watching the rodeos from the stands and sharing stories about the good ole days!

Doug’s very proud to be from Montana and proud to be a part of the cowboy way in the rich ranch and rodeo heritage of Montana.