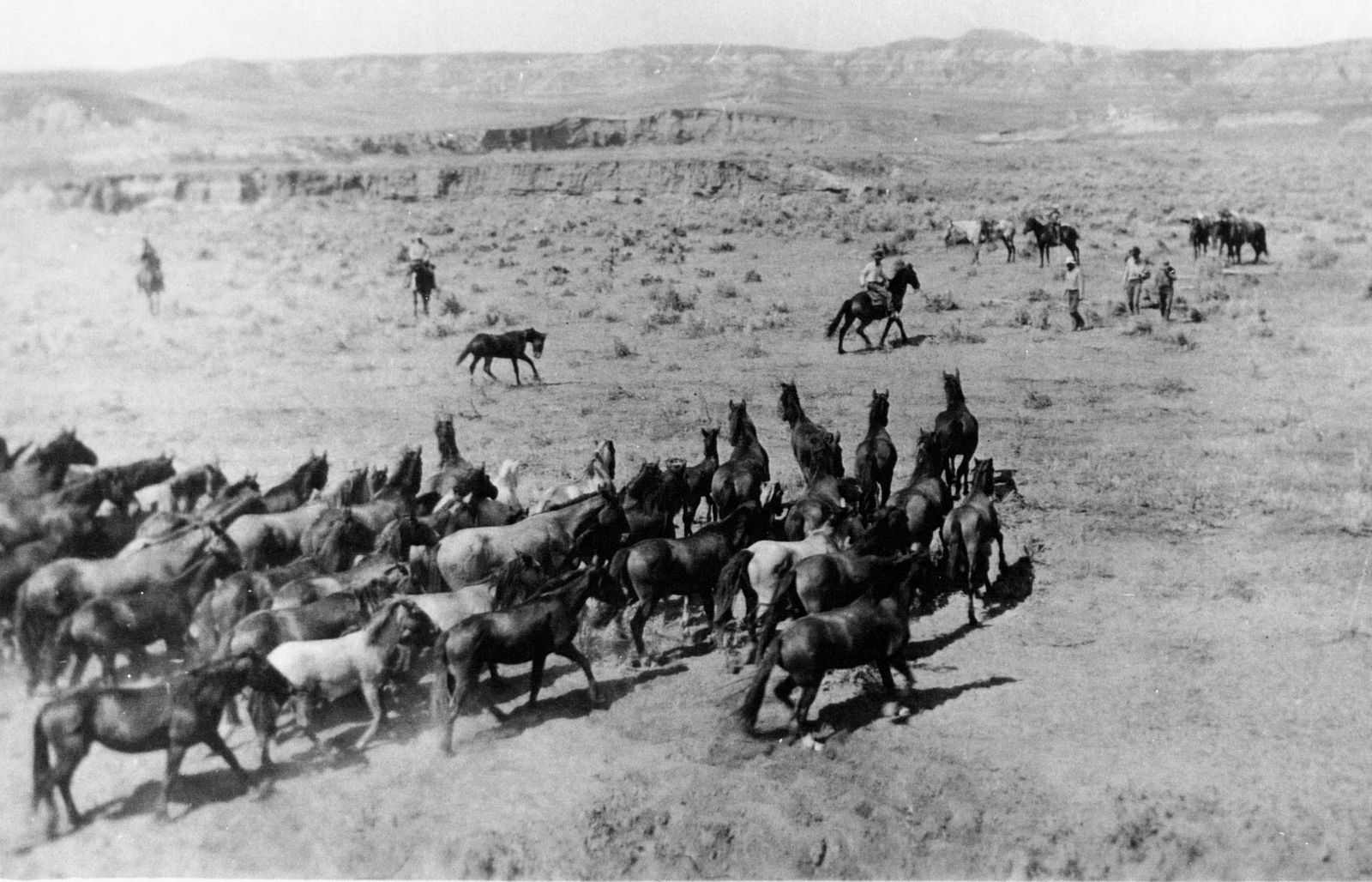 Philip Mitchell (PM) Chappel and his brothers, Earl and Ernst, founded The Chappel Brothers Corporation (CBC) in Rockford, Illinois, during World War I. Their horsemeat packing plant grew to be the world's largest. CBC shipped horsemeat, intended for human consumption, to Europe.

In 1927, while on a horse buying venture in Eastern and Central Montana, PM found another business opportunity. The harsh realities of homesteading had forced many homesteaders to abandon their homes and land, and turn their horses loose on the open range. The price of horses had dropped to pennies on the pound, which would not cover the cost of shipping them to market. Ranchers also felt the pinch. They turned out their horses with thoughts of gathering them again when the market improved.

PM Chappel took action. The CBC was incorporated in Montana in February 1929. The company bought and leased large tracts of land that gave CBC ownership of all the unbranded horses grazing those lands. At the peak of the venture, CBC owned or leased 1.6 million acres in Montana, Wyoming, and South Dakota. In Montana, an estimated 60,000 horses grazed on lands roughly bounded by the Missouri and Yellowstone Rivers and the Red Water River east of Circle to the Musselshell River in the west. The outfit divided the vast amount of land into four operational divisions: Oswego, Miles City, Fort Belknap and briefly Sweeney Creek - then for a season in South Dakota due to drought in Montana. CBC cowboys began removing thousands of horses that were overgrazing the range.

The company also spurred local economies as it leased and purchased land, paid taxes and wages. During the lean years of the Depression, the CBC employed dozens of men and paid higher wages than other outfits. Riding for the company was mostly seasonal work, four to five months in duration. Some cowboys rode for the CBC a season or two while others returned season after season. Many of the cowboys who learned discipline and hard work while riding for the CBC later became successful in ranching or other fields.

CBC cowboys were typically young tough men in their 20’s and able to work long hours in the saddle for seven days a week. They answered to the names of Slim, Slatts or Bearfoot. They were reputedly the best of the best horsemen. The cowboys gathered thousands of horses and branded them where they found them. For this reason, local ranchers sent representatives called “reps” to retrieve their horses swept up by CBC roundups. After the roundups, the cowboys sorted and trailed horses to railheads for shipment to Rockford. They broke saddle horses for the remuda, gelded two-year-old stallions, and branded colts. Their work was dangerous and hard. No wonder, under-aged cowboys were required to have their parents sign a waiver. Each member of the wagon crew had a specific job to do. The wagon boss was in charge of the crew and roundup. The horse wrangler handled the horses, and the nighthawk was the wrangler who herded the remuda at night. The cook ruled over the chuck wagon and fed the men. He was the lone man the cowboys excluded from their practical joking. If they made him mad, he might quit and leave them to fend for themselves.

In 1934, when prices on the horse market rebounded, CBC sold horses by boxcar load. Local operations wound down by 1936 and in 1937, with most of the animals gathered and shipped, CBC discontinued its operations in Montana. After that, area cowboys were paid $5 per head to gather stragglers. The company operated in Rockford until 1942 when it was sold to the Quaker Oats Company in Ohio. PM and Louise moved to Argentina and started a new canning business near Buenos Aires.

CBC reunions were held in Wolf Point in 1975, 1977, and 1987, and attended by former cowboys and their families, and the family members of PM and Louise. In 1994, Miles City hosted the final roundup of the CBC cowboys.

Whether referred to as Chappel Brothers Cannery, or Coffee, Biscuits, Colts, or Corned Beef and Cabbage, the outfit and its cowboys was the last vestige of the Old West open range era. As former CBC cowboy Claire Boyce wrote:

The C. B. C. was prestigious in that if you held a job there, you were automatically considered a top hand by your peers. It really never stopped there either. When we walked into a dance hall, the girls would whisper, “The C. B. C. cowboys!” They would drop the neighbor farmer boys like a steer in the road; and we would damn sure give them a whirl!

A Loose Ladigo and A Locked Dallie. "When the Legend is Truth," unpublished writing of Owen G. Badgett. CBC History – A Bold End To An Era.

"Left on the High Plains and Come Ride with Me," by Mary Lou Davis. Copyright 2012.