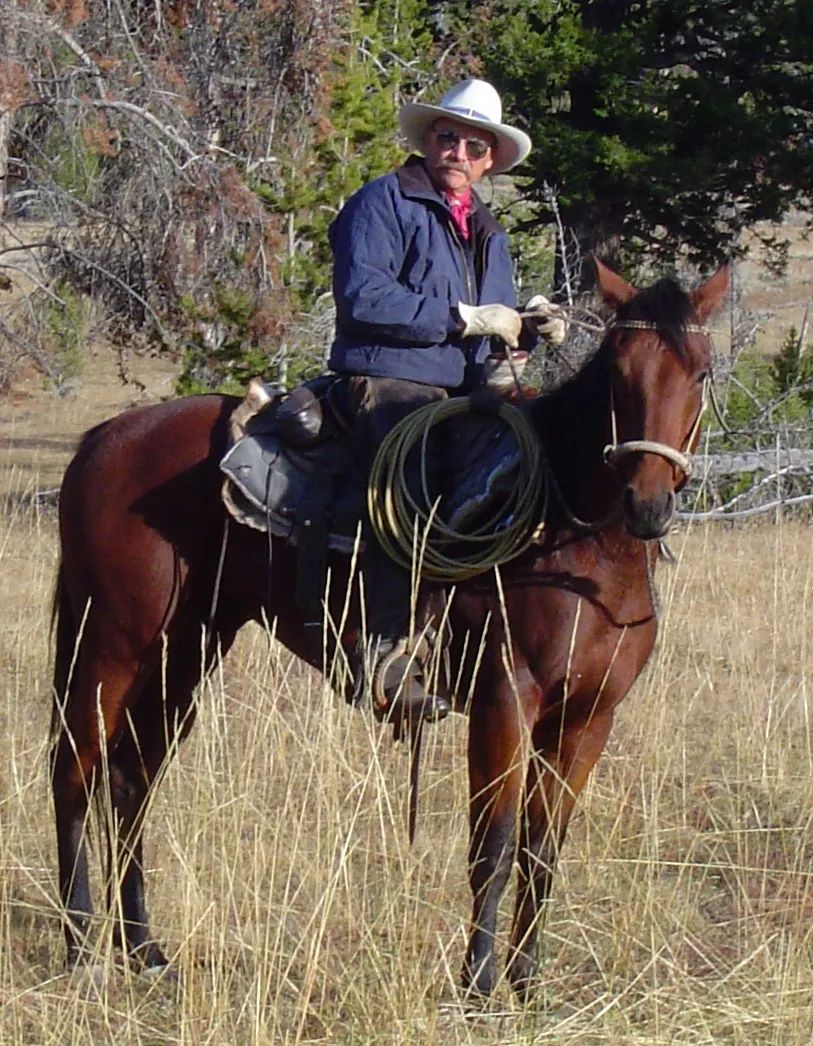 Frank R. Mason, Jr. was born in Hardin, Montana on November 8, 1946, to Frank R. Mason, Sr. and Lois Vivian (Huff) Mason. His family lived in Lodge Grass, Montana, and raised bees for honey. In 1954, the Masons moved to Hamilton, Montana, and Frank attended school in both Hamilton and then Corvallis, Montana, when they moved to Mason Lane in 1958. Frank’s mother enlisted him to help in their very large garden, and he spent many hours on the end of a hoe. He also helped with chores such as milking the cows and feeding the varied livestock. He vowed never to have a garden or milk cows again—and has not.

He did try his hand at rodeo. The first calf he rode at the Ravalli County Fair gave him a love tap with his right hind foot and opened up a gash above his right eye. The stitches he received did not dim his desire, and he continued honing his roping and riding skills on through college where he competed on the rodeo team and held an RCA permit in the 1960’s. He even competed in his early military career—until the commander drew a halt to it as losing a pilot to a rodeo injury was not in his flight plan. Rodeo events Frank competed in were bull riding, bareback riding, team roping and nontraditional rodeo events like wild cow milking and wild horse races.

The first horses Frank broke and trained came from his uncle; they were three mustangs from the Bruno Desert in southern Utah. He continued his horsemanship path with both a clinic and private lessons with horseman, Charles O. Williamson, during his high school years. This was a pathway to ranch work during his college days at Bozeman, Montana, which began in 1965.

Frank helped put himself through school in a number of agricultural ways. When he was 12, his father gave him a half Guernsey-half Hereford heifer. She produced enough milk to raise two calves a year until Frank left for college. He built a little herd, selling the steers and keeping the heifers. After starting college, he worked at the Bozeman stock yards which led to working for a local rancher. He received his bachelor’s degree in Animal Science in December of 1969.

After graduation, the Vietnam War loomed large, and Frank had a low lottery number in the draft system. He opted to enlist in the Air Force and was accepted for pilot training. He went to Officer Training School at Lackland Air Force base in Texas graduating in 1970, and then received training to fly helicopters and fixed wing aircraft. He flew rescue missions in North and South Vietnam and Laos, flying HH-53 Super Jolly Green Giant helicopters. Frank earned a Silver Star, two Distinguished Flying Crosses and three Air Medals for his service in Vietnam. He risked his life rescuing downed crew members, saving them from being captured or killed. On his return, to be told not to wear his military uniform off base was a very bitter pill to swallow. This was a result of the political tumult and unrest during that era.

Frank returned from Vietnam and served as an instructor pilot and flight examiner at Hill Air Force Base in Utah. While in Salt Lake, he met and married his wife, Connie (Conkle). Together they have been stationed in Utah, Texas, Illinois, and Alaska. Frank was stationed in Alaska for 12 years and flew many rescue missions there flying both helicopters and fixed wing aircraft. Frank had a very distinguished military career, retiring as a Lieutenant Colonel. He could have stayed in longer than 20 years and achieved a higher ranking, but it was always his dream to come back to Montana and “cowboy”—and in 1991, he retired and did.

Before retiring, Frank had a little stint as a movie “star” or, at least his shoulder was as that was the only part of him that made the final cut. He served as an advisor and pilot on the movie “Airport ‘75” starring Charleton Heston, George Kennedy and Karen Black. He enjoyed meeting and talking with Mr. Kennedy.

Frank and Connie moved back to Corvallis and went to work in 1992, for the Lee Martinell Cattle Company in Dell, Montana. They lived in primitive cow camps from mid-July until mid-October in the Centennial Valley. The Martinell families have owned this ranch since 1893, and have run it in a historic fashion.

The Masons rode and looked after the cattle doing all the doctoring, gathering, and sorting as the job required. Sometimes they lived in an old wooden boxcar with a propane refrigerator and a three-burner propane cook stove. Heated by a wood stove with facilities in an outhouse and no running water, it was a primitive living experience and definitely cowboying in the old way.

At other times, Frank and Connie stayed in more comfortable quarters and helped Martinell’s calve out their 1100 mother cows. The Martinell’s feed 20 tons of hay a day in the winter and keep 250 replacement heifers, so they have a large operation. Frank has gotten to live out his post military dream of cowboying while working for Martinell’s and has put in the last twenty-two years doing so.

Frank and Connie still have nine head of horses and mostly trail ride now. Frank has tried his hand at free-lance writing and has had three articles published in “Cowboy” magazine.

They still fill in helping the Martinell’s but spend most of their time at their Corvallis mini-ranch. They also try to spend some time in the desert during the coldest winter months.

Frank is a member of the Corvallis American Legion, is the Parade Marshall for the annual Memorial Day Parade, and serves as an Honor Guard for veterans’ funerals. He is also a member of the All Class Reunion Alumni Committee in Corvallis.