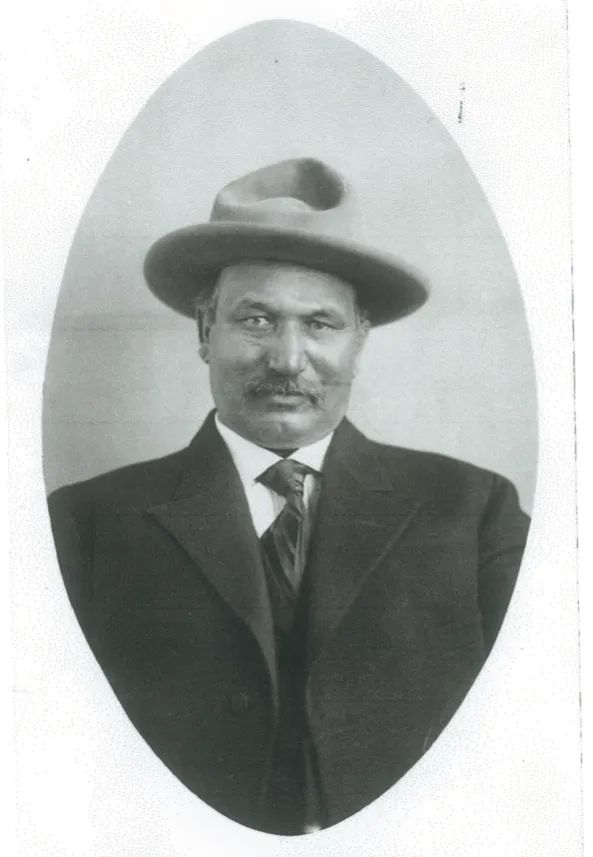 Peter Vann was born on May 24, 1863, at Fort Price, Minnesota. His parents, Peter and Mary (Biliguard) Vann operated a stage line and stage house called Vann’s Crossing. In 1875, the large family which included eleven children moved by ox cart to Carl, Montana Territory. In 1878, they moved on to Fort Benton where fifteen year old Pete secured his own freighting outfit, plying his trade for two years between Fort Benton and Cypress, which was on Big Sandy Creek, northwest of Fort Assiniboine—over fifty miles, one way.

In 1880, Pete moved to the Perry Westfall Ranch near Stanford and was hired as a nighthawk on the Judith Basin Roundup. Pete had ambition and was an aspiring bronc stomper and cowboy. The nighthawk job didn’t hold enough action for him so he was ‘burning the candle at both ends’. When he was caught napping on the night shift he was relieved of his duties and Charlie Russell became nighthawk. Pete then was able to hone his skills and became an excellent all around cowboy, a tough one, who worked at that profession for many years.

That skill paid off later for young Charlie Russell. About 1882 Charlie and the cavvy got lost in a blinding blizzard on Dry Wolf Creek. A number of cowboys braved the elements to look for him, but they all gave up—all except Pete Vann who found him, in Charlie’s words—“so weak and cold, that Pete had to rope and saddle a fresh horse and help me mount. A few more hours would have meant the cash-in for me………..if my big, laughing friend had turned back, I believe I would be across the Range, waiting for him now.”

What a debt of gratitude we owe Pete Vann for saving one of Montana’s greatest talents and creative geniuses! To show his esteem for Pete, Russell included two stories about him in his book, Trails Plowed Under—“Pete Sets a Speed Mark”, and “How Louse Creek Was Named”.

Pete was a typical open range cowboy, he had a little Indian blood, and was a loyal friend who worked hard and played hard. He was once nearly eviscerated in the Raynesford Bar while partying hard, but got sewed back up, healed up, and was soon back in the saddle. He rode for both the Judith Basin Pools and then for the Bearpaw Pool when the cattle trailed north of the Missouri.

There is confusion over the spelling of Pete’s last name. Being as bad a speller as his notorious friend, Charlie, he signed himself as Pete Van. Therefore there are numerous instances where he is identified as being “Pete Van” because of this. His obituary correctly identifies his name as being Vann, and his subsequent family members all use the “double n” spelling.

Pete married Florence Richards in 1899, and they had two children, John and Ronald. Pete and his family ran a successful ranch near Geyser Montana where Pete became vested in the Geyser Bank. About 1917 he sold his shares in the bank and traded out for an automobile and a white faced bull calf.

Pete passed away in 1918 in Long Beach California where he had gone to try and restore his poor health. He is buried in Great Falls, Montana.

Elk’s Lodge Letter written after Pete died and the letter written to Pete before he died by Charlie Russell, September 10, 1918.