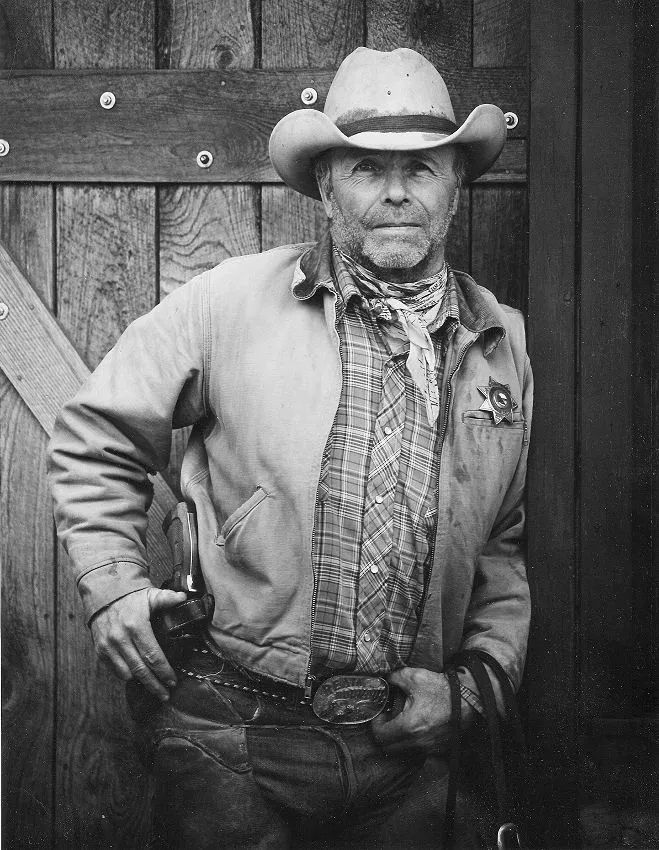 Patrick Thomas “Spud” Cremer was born to Cornelius and Katherine (Brody) Cremer on June 7, 1929, in Big Timber, Montana the sixth of eight children. Patrick Thomas, as a child was known by two nicknames: The first “Spot” or “Spotty” was most often used by his mother. The second, “Spud”, was the nickname that stuck. Following Spud’s death, his sister, Mary “Mick”, related the story behind the name Spud as originating in Livingston at a rodeo that took place when Spud was about two years old. There was a rodeo entertainer, trick rider, and roper that day that went by the name of Spud. No one can remember what the guy’s last name was; however, he apparently made quite an impression on the cowboy toddler. Before the rodeo there was a crowd of people hanging around behind the chutes waiting for the action to start. One of those people was little Patrick with a rope, acting out his imagination. Someone walked up to Patrick Thomas and asked him his name. He reportedly turned to them with no small amount of disdain and replied, “My name is Spud, and I’m a Cowboy”! This simple one-liner would lead to the name that everyone knew him by for the rest of his life.

Spud first attended the Pine Hills country school on Tony Creek and went on to complete high school in 1947 at the Holy Rosary High School in Bozeman, Montana. Since Spud attended Catholic high school, his daughter asked him how that worked out. He reflected that it was really kind of tough on him. All the kids had to take Latin, two years in fact, as the Catholic Mass was recited in Latin and it was expected that everyone learn enough of the language to be able to understand the Priest. His daughters were in awe of his bilingual abilities although he claimed he was never fluent.

As Spud had wanted to cowboy since he was old enough to swing a rope, after high school he headed to the Crow Reservation where there were still some big cow outfits operating. He hired on at the Spear-O, the Padlock and Tschirgi’s famed Antler Ranch to name a few. At the Padlock he met and married cow boss Berry Roberts' daughter, Alta Roberts. Spud and Alta were married in 1952 and had three daughters; Maureen, Kelly and Pat.

In 1964, Spud, Alta and their girls moved from the Big Horn to the Big Dry to cowboy for the parents of Bill Brown, Jr. his long-time friend and revered cowboy. Spud spent the next twenty- two years in the Jordan area where he worked as a cowboy for the Brown ranch and as a state brand inspector. He helped neighbors brand and ship and pursued team roping and training cutting horses with some very extraordinary local people.

He was the sheriff of Garfield County for 14 of those Jordan area years. To his credit, Spud was able to enforce the basic spirit of the law while remaining one of the area’s most respected peace officers.

Spud later married Margaret (Brown) Rhodes in 1970, and his fourth daughter, Kathy was born in 1972. Spud helped raise Kim and Jacque, Margaret’s children. In 1986 Margaret, Kathy, and Spud moved back to Big Timber to help manage his parent’s ranch at Melville. During this time Spud purchased the Cort Bar, which he operated until 1995. As always, Spud garnered the friendship and devotion of the best of people throughout the Sweetgrass area and continued to help cowboy for his friends and neighbors.

In 2004, Spud left the family ranch to join his daughter, Pat Cremer and Dave Morton at their ranches outside of Broadview and Roundup where he again gathered a huge following of comrades. He continued to rope calves, wean and ship for friends and neighbors right up until his passing.

Late in 2008, at the age of 79, Spud bought his first and last place on West Parrott Creek outside of Roundup. He was very proud of this spectacular cutting horse facility where he envisioned the culmination of dreams past but not lost.

Spud was among the last of a dying breed, the old time cowboy. Each relationship he had was personal and treasured. His friendships spanned many generations and transcended all social and economic strata. You entered Spud’s life with a clean slate and everyone deserved a second chance. He was absolutely fearless in all things and willingly shared that strength where needed.

Patrick Thomas “Spud” Cremer passed away on January 12, 2010, in the loving care of his family after a gallant and steadfast battle with cancer. His daughters believe the Lord surely needed a good and fearless cowboy that day. He is buried at Big Timber, Montana. Following his passing many men and women let his family know that they admired Spud and his cowboy ability and rated him as one of the true cowboys of his day. Spud was preceded in death by his daughter Kelly (Cremer) Grow and son Kim Rhodes. His surviving children include daughters Maureen Cremer (Dale) Schaak of St. Xavier; Pat Cremer (Dave) Morton of Broadview; Kathy Cremer and (Jacque “Bob”) Gregg of Jordan; Tracy Grow Son-in Law of Glendive; and several grandchildren and great-grandchildren.