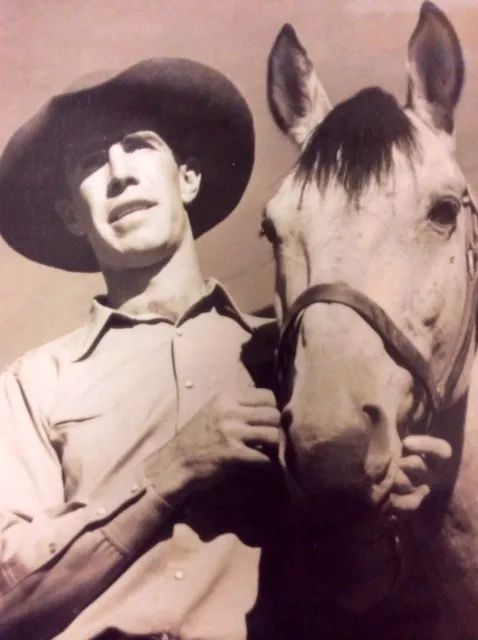 Hubert Latimer Smith, known as “Tex” was born January 21, 1921, at Amarillo, Texas to Hubert L. Smith and Margaret (Williams) Smith. Tex was raised on the family’s ranch at Dillon, Montana. He worked as a ranch cowboy, riding the big circle, for several Montana ranches.

His love of horses followed Tex his entire life. He was always well mounted and loved to "match" race his favorite horse at rodeos and fairs. He trained horses and bought, sold, and traded thousands of horses. Tex was proud to be a cowboy and practiced the “cowboy way” throughout his life.

Tex started his rodeo career in the late thirties and continued to compete until hanging up his spurs in 1993 at the age of 72. He competed in rodeos from Salt Lake City to Calgary, Pendleton to Omaha and many places in between - winning some and losing some. At Omaha, Nebraska he won a go-round in bulldogging and placed in calf roping. At the Calgary Stampede he made the calf roping finals and placed there. Some of his special memories included winning the all-around at Missoula in 1945, and the calf roping at Dillon in 1950. He won bulldogging in Red Lodge, Helena and Dillon. Tex competed in calf roping, bulldogging and team roping. In his younger years he rode the rough stock including the bull riding, the bareback bucking horses and the saddle broncs.