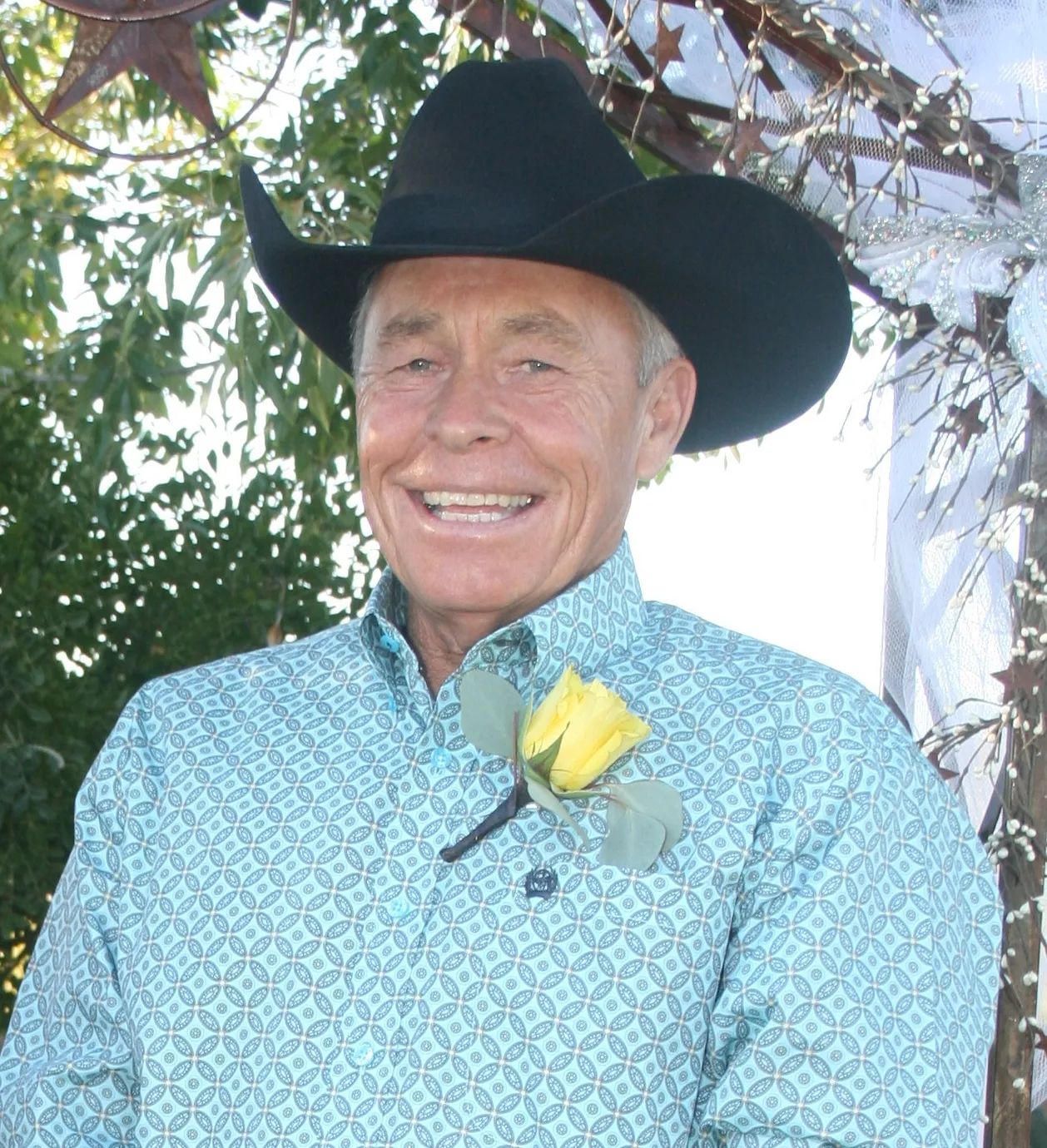 Dewaine Charles Carlsen was born on December 1, 1948, to Charles and Marion (Turner) Carlsen in Wolf Point, Montana. He grew up horseback on the family ranch south of Poplar, Montana and started honing his horsemanship skills at an early age. By the time he was a teenager, he was already buying and selling horses, and training for the public. He went to work for George Canfield near the Redwater River north of Richey, Montana where he broke into the rodeo game.

Dewaine competed in several different rodeo events—bareback, bulldogging, bull riding, and team roping. He has also served as a pick-up man. He has achieved a lot of success in rodeo and roping, altogether winning about 20 saddles, and over 100 belt buckles.

Some of his biggest team roping wins/titles:

Dewaine started roping in 1976, and still competes on a daily basis in team roping jackpots, and he regularly competes at the World Series Finals, Wrangler Roping’s, and at the Reno Rodeo Invitational Team Roping.

Dewaine trained horses both for himself and the general public from the early 1960’s until 2012, and his horses have gone on to have successful rodeo careers. He trained Alpo, a horse that Dennis, Clay and Travis Tryan competed on until he was in his 20’s. Alpo died shortly after winning the Professional Rodeo Cowboy Association Houston Rodeo.

He has enjoyed training rope horses the best, and can really put a “tuck and handle” on a horse. He is still training, and started a six year old this summer—but this time for himself.

Dewaine did not always have easy horses. One on his first bad horses he bought from Canfields, a horse so wild and waspy, you had to use a wire hook to reach through and cinch him, or risk a hind hoof. He called this horse Flash because he had four stockings and a blaze face. This horse went on and helped Mike Beers win a couple of go-rounds at the Wrangler National Finals Rodeo.

Another tough bronc arrived with 60 feet of rope on him, a five year old, out of the Missouri Breaks who could jump like a deer and whistled through his nose like a freight train. Dewaine loved shocking people when they came to visit because the horse, Whistler, would give his ridge runner whistle every time he saw a stranger.

Dewaine has had enjoyed a lifetime career working with horses. He is an accomplished farrier as well as horse broker and horse trainer, retiring only a couple of years ago. He needed his energy to fight throat cancer, and seems to have won.

Dewaine’s wife, the former Linda Lightfield who he married in 1972, is also a talented rider, lifelong barrel racer and team roper. Being married to a horse trader has been a challenge to her however, as Dewaine has had a habit of selling her horses out from under her. That is, until she sold his rope horse in Billings, Montana in the middle of a huge roping at George Yost arena. Dewaine had to borrow horses to finish out his high man runs—and never sold his wife’s horses again. Even an old dog can learn a few tricks.

Dewaine and Linda live in Florence, Montana in the summer and spend their winters in Arizona, where Dewaine rides and ropes on a daily basis.