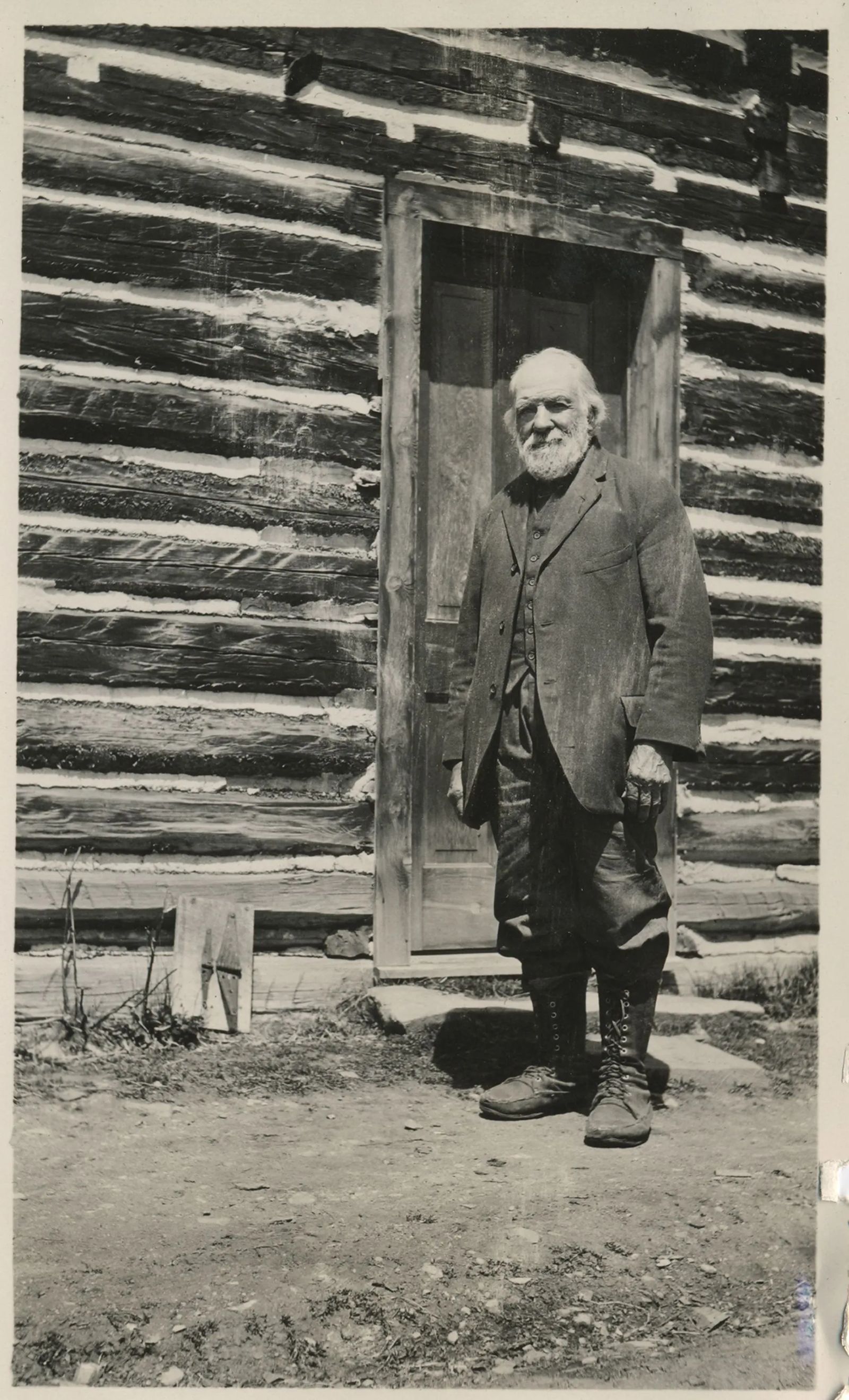 In Big Sky, Montana, there’s the Crail Trail, Crail Court, the Crail Townhomes, and Crail Creek Club Condos. Just who are these Crails? Simply put, these places honor the Augustus Franklin Crail Family, one of the area’s earliest homesteaders. Frank Crail’s half century of work as a frontier rancher helped to populate Montana during its last territorial days and statehood infancy. His adventurous spirit led him and his family into the Gallatin Canyon Basin, 50 miles upriver from Bozeman. While other Gallatin Canyon and Basin ranches converted to dude ranching, some owned by off-site families and companies, the Crails continuously operated their family-owned stock ranch on more than 960 acres in what is now known as The Meadow. Perhaps more importantly, the Crails helped to establish a small ranching community, a toehold settlement in an otherwise wild yet wonderful environment.

What attributes must a 60-year-old man possess to lead him into the wilderness of the Gallatin’s West Fork, leaving behind a relatively comfortable and politically-connected life in Bozeman? Courage, determination, intelligence, and persistence – the same qualities that drove him in 1865, while still a youth in his early twenties, to join a wagon train heading west leaving behind his entire family and a guaranteed inheritance of Indiana farmland.

After arriving in Montana, Crail worked in a quartz mine outside Helena. By the 1870s, Crail and a partner were proving up a homestead in Springhill on the western slope of the Bridger Mountains. Despite the ravages of drought, grasshoppers, hail, and water rights lawsuits, Crail’s letters to his father attest that Crail was a proud rancher. At the time, Gallatin Valley residents pinned their financial hopes to the railroad because they needed to get their commodities to market. But railroad fever could not build the railroad through the valley quickly enough. By the time the Northern Pacific arrived in 1883, Crail already had decided that he could no longer hold on as a rancher. In 1875, he leased his land and freighted between Fort Benton and Miles City. Crail’s land, which he thought would bring $4,000 or $5,000, wasn’t valued for even half that price. So, always the rancher, three years later, he resumed cultivating half of his land while leasing the other half.

Crail was a civic-minded individual who kept current by reading. In his letters home he mentions an Indiana newspaper often sent to him by his family, The Husbandman, filled with news of the day for ranchers. His letters reflect a keen interest in economics and politics. In 1886, Crail was elected as the District Clerk of the Ninth Judicial District in Gallatin County. He ran on the Democratic Ticket against a Republican, endorsed by the short-lived Populist Party. He served until 1900. His wife Sallie, an award-winning quilter, incorporated delegate tags from several Democratic Conventions into one of her quilts now on display in the Crail Homestead Museum. Crail raised children who served the community also. One built the first schoolhouse. Another son, who had no children, served as school board chair.

With the establishment of Yellowstone National Park in 1872 and the coming of the Northern Pacific to Bozeman in 1883, road improvements through the canyon carved by the Gallatin River were inevitable. The first crude roads were cut to facilitate logging for the railroad. By the late 1800s, ranchers moved cattle and sheep along the logging road to graze them in the meadows in the Gallatin Canyon Basin and other drainages. By the late 1890s, under the provisions of the Homestead and Land Revision Acts, ranchers like Crail began building cabins and establishing and proving up homesteads.

His District Clerk term completed; Crail decided it was time to embark on an interesting experiment. Crail had developed a strain of wheat that met the rigors of the short, cold growing season in Montana’s high country . He called his wheat “Crail Fife,” most likely taking the name of his Scottish ancestors’ region in Fife, Scotland. Searching for a new ranch, Crail found the Gallatin Canyon Basin.

In 1901, for less than $1.00 per acre, Crail purchased 160 acres and a small one-room cabin from Daniel Inabnit. In the spring of 1902, Crail moved his family up the rough logging road from Bozeman to the Gallatin Canyon Basin. At the time, his sons, Emmett and Eugene were 13 and 14, and his daughter Lilian was six. The family of five lived in the 255 square foot cabin for several years. Crail and his sons ran sheep and cattle on their homestead and grew his Crail Fife wheat, which won two bronze medals in 1905 at the Louisiana Purchase Exposition in St. Louis . Over the years, the Crails annexed a number of homesteads and ranched on a substantial portion of what is now known as The Meadow in Big Sky. They built more than ten ranching structures and a larger home which they added onto throughout their lives.

Crail met homesteading challenges. The Crail Family survived, in fact thrived, etching not only an existence but also a community into the forest. An honoree of the Society of Montana’s Pioneers , Augustus Franklin Crail died on his Gallatin Basin ranch in September 1924. He was an adventurer, a hard-working rancher, a politician, and a devoted husband and father. An important settler for Big Sky, his family ranched their lands into the mid-20th century, preserving the area from rapid development. Although Crail’s 960 acre ranch is now a mere one acre museum with the tiny cabin and the ranch home, it stands as testimony to Big Sky’s ranching roots and the rigors of ranching in the Homestead Era.