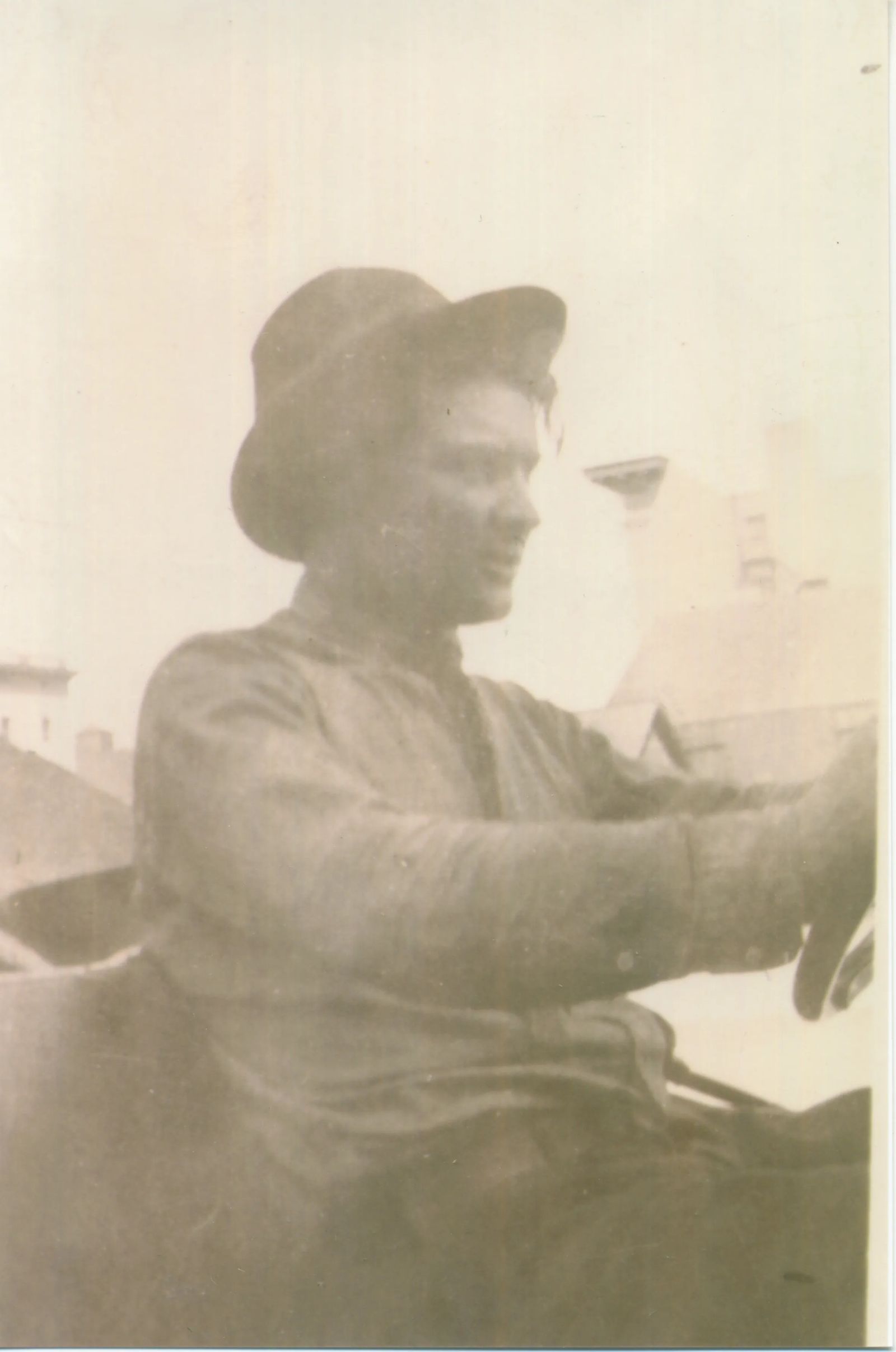 Thomas O’Connell, better known as “Butch,” was one of Great Falls, Montana’s earliest residents. He was born at Livingston, Montana, in 1886, to Peter and Anna (Jones) O’Connell who came to America from Ireland. When Butch was 6 months old the family moved to Great Falls where he attended Longfellow and Franklin schools. At an early age he developed a fondness for horses which determined the course of his life.

His first job was driving a hay rake for Dan O’Connor. He had a good team of horses and was scolded more than once for not driving them harder. He next obtained work in Frank and Ed Ragsdale’s livery stable which was located between 4th and 5th streets on 2nd Avenue South in Great Falls. He learned how to handle horses and understand them. Among his many duties was to care for four fine stallions of different breeds including a Percheron, a Clydesdale, a French Coach and a Morgan. His favorite was the Morgan as he was the gentlest and easiest to handle and was a trotter. It was Butch’s duty to keep this animal in condition, give him his workout, and care for him after a run. He was entered in the trotting races at the Black Eagle fairs and the old Couch Fairground fairs. Gold Dust, the Morgan, was always a favorite among local people and was beaten only twice in his long career. Another favorite was a little hard-mouthed pacer with a mean disposition. Butch drove him in the 1-mile and 1 ½-mile races.

In 1907 the Canadian government purchased a number of buffalo from the famous Pablo herd in the Flathead country. They sent several Canadian riders to round them up for shipment, but they were too slow with rope and horse. The representative in charge came to Great Falls to secure competent riders. Butch, Billy Archibald and another man hired on for the job. Butch reported that they outfitted in Great Falls, took the trail to Flathead Lake and spent the next four months having a “hell roarin’, dust for leather hard time.”

The buffalo were on Whitehorse Island on Flathead Lake. Buffalo are much harder to corral than the same number of cattle as they are wild and short-tempered. The cowboys dug a pit in the ground in which they backed a wagon and built a chute with wings. When they managed to corral one animal they roped him and pushed and dragged him up to the chute and into the wagon to be hauled to the train for shipment. One of the bulls in particular was challenging. Several ropes were broken with the animal getting away a number of times. Billy Archibald was close enough to the bull one of these times but his cow pony was not quick enough. The buffalo charged, broke Billy’s leg and knocked down and gored the horse. Butch and his punchers acted quickly and roped and tied the bull before it killed the horse.

After the buffalo were shipped, Butch found himself out of a job. He got employment with Macklemeir & Myer Cattle Company as a rider. He rode the range in the Little Rockies and, Chinook, Montana country, and the Bear’s Paw Mountains. This was rough country to ride over and took skillful riders like Butch to do it. The outfit had several brands: F on the right shoulder, U S on the right shoulder, and Hashknife on the left thigh. A bunch of the boys were in town whooping it up, and some of them got into trouble. As a result most of the outfit was fired because they would not tell who was responsible when the boss questioned them.

Thus separated from his job, Butch returned to Great Falls to work at the livery stables. He stayed there for seven years, when he left to start his own transfer business. He once had a call to go to a brewery and pick up a young lady and bring her into town. On the way back she asked him to drive slowly over the bridge. He followed instructions assuming the young lady had consumed too much beer and was afraid she might become sick. When they had driven halfway across she jumped out and into the river. Her body was found two days later near Black Eagle.

Handpicked for duty by Cascade County Sheriff Bill Shea, Butch was on the posse to bring the first airmail from the airport to the post office in Great Falls August 1, 1928. The airport at that time was north of town on the old Havre Highway, more in Black Eagle than Great Falls. Butch was an outrider for the two stagecoaches, along with Shea, Frank Telespun, and Louis Lamaar with Louis Seidl driving the stagecoach and Deputy Jack Abrams, Cole Dunlap, and Chief of Police Ray Gaunt as guard for this official duty.

Thomas “Butch” O’Connell passed away on Christmas Day 1965 and is buried at Great Falls.