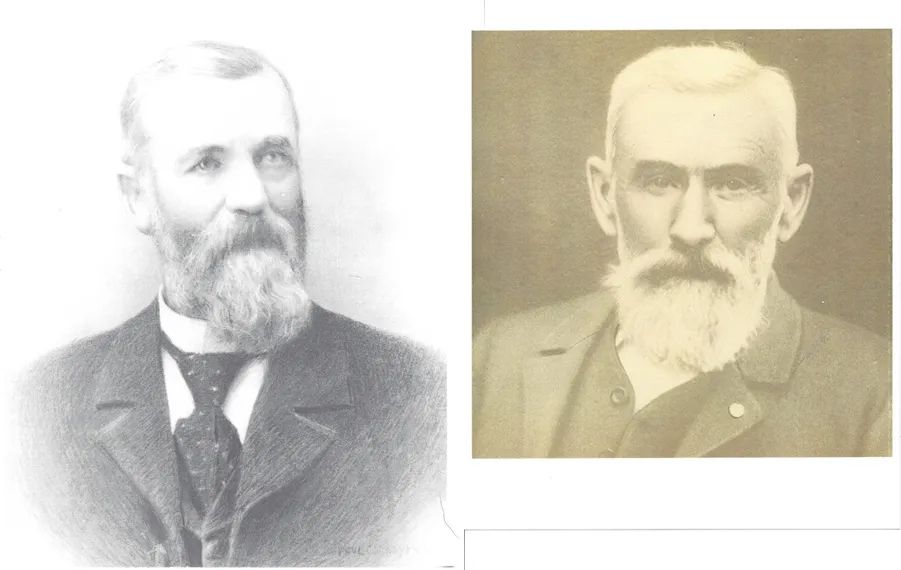 In 1856 a partnership was effected between Philip H. Poindexter and William C. Orr. Their deep friendship characterized this business partnership for nearly fifty years until the passing of William Orr. In the early days of their partnership the firm of Poindexter & Orr purchased cattle and drove them to California where they owned butcher shops in several of the mining districts. In 1863 they began driving cattle through mining districts in what are now the states of Montana and Idaho. In October of 1865 William Orr arrived in Bannack with a large herd of cattle. While there the firm acquired a tract of choice land along the Blacktail Creek. The following spring the two partners settled on the new ranch in Beaverhead County. The firm of Poindexter and Orr became the most extensive dealers in fine horses, cattle and sheep. The size of the P & O Ranch grew to over 30,000 acres. They were the first to bring cattle and sheep to Montana for the purpose of breeding. They developed a specialty in raising high grade Shorthorn cattle and were the first to introduce imported draft horses. They raised the finest Percheron, Norman, Clydesdale and French Coach Horses. They developed the land in Beaverhead Valley to sustain high yields of quality grains and hay. In doing so, the partners did much to advance the stock growing industry in early day Montana. The first registered Montana brand owned by Poindexter and Orr was the square and compass brand which was borne by several thousand horses and cattle throughout Montana.

Philip H. Poindexter was born September 4, 1831, in Danville, Pennsylvania to a family of French ancestry. He married Mary Elizabeth Baxter, a native of early day settlers of St. Louis, Missouri. Together they raised five children. Four of which were born in Montana. As a young man Philip adopted as his motto the noble principles of honesty, industry and economy; the strict observance of which made him a highly successful businessman. Philip died February 26, 1911, in Dillon, Montana.

Philip was a Mason and a Knight Templar. He took a deep interest in its affairs and being identified with the Dillon Lodge No. 30 A.F. & A.M.; Dillon Chapter No. 8 R.A.M.; St. Elmo Commandery No. 7 K.T.; Mason adjunct organizations, Order of the Eastern Star and the Ancient Arabic Order of the Nobles of the Mystic Shrine. Philip represented the people of Beaverhead County for one term in the territorial legislature in Virginia City as a Democrat. He was well known for his public spirited interest in all development of Montana’s resources and lent his influence to worthy enterprises contributing in large measure to the progress of early day Montana.

William C. Orr was born April 11, 1829, in County Down, Ireland to a family of staunch old Scottish lineage. He married Rachael M. Cunnard of Birmingham, Ohio. Together they raised six children who were born in Montana. William is best remembered as unassuming and kindly and his sterling character won uniform confidence and esteem. William was summoned into eternal rest May 11, 1901.

Politically, William, who also was a Mason and supporter of the Democratic Party ever took an active role in political affairs nor did he ever allow his name to be used in connection with any political candidate.

While Montana has been known for great mineral production, mining and its natural resources Montana enjoys a stellar reputation for her extensive ranches devoted to high grade cattle, sheep and horses. Gaining the attention to the ranching industry, by many nations throughout the world, was due to the accomplishments of early day progressive Montanans like Philip H. Poindexter and William C. Orr of whom we owe a debt of gratitude.

Progressive Men of the State of Montana - A. W. Bowen and Company, 1901 Chicago, Illinois