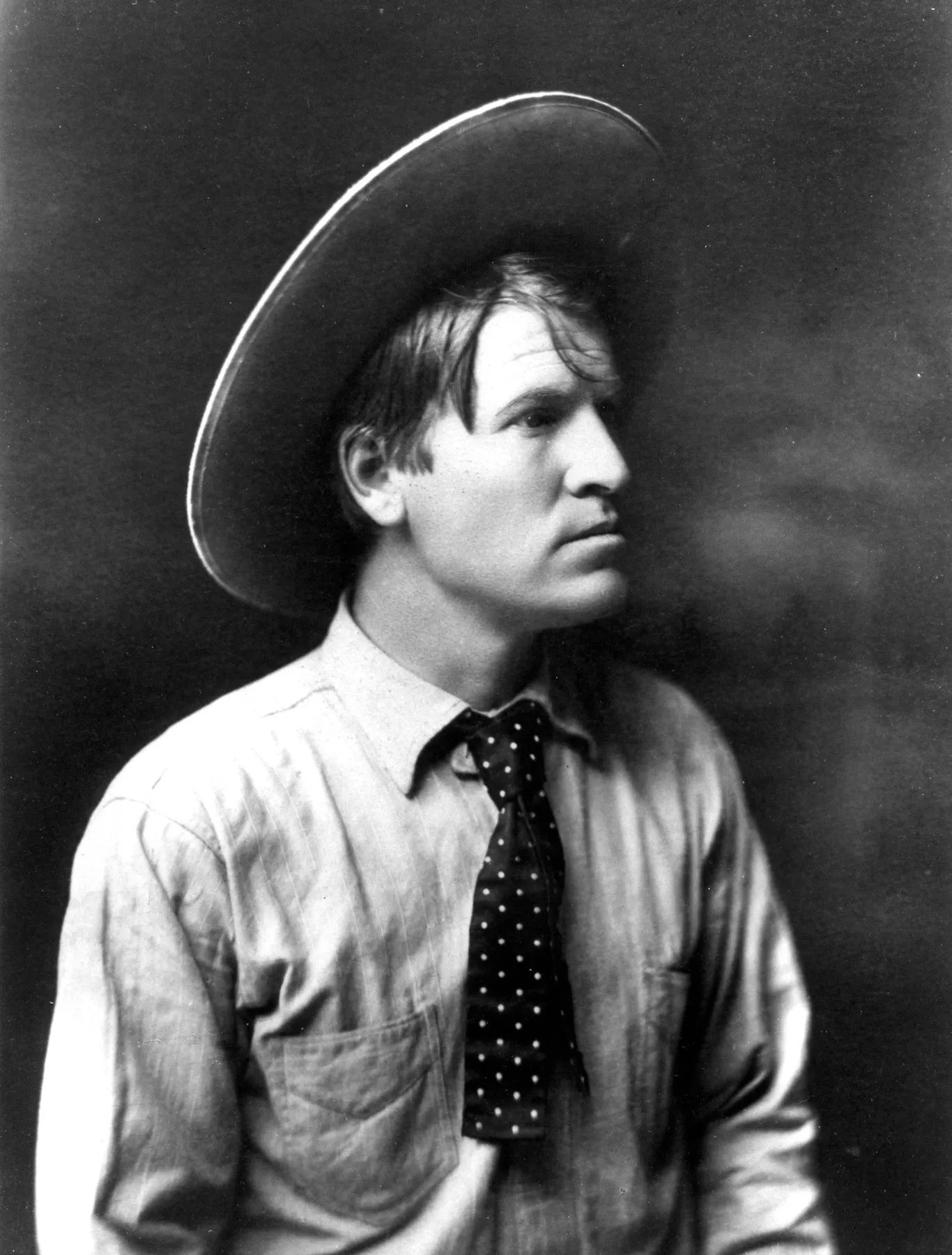 Charles Hahnkamp, born in the 1930’s, began life in Turner, Montana. His father was a school teacher of the rural Montana pioneer era. His mother was a pioneer woman who was born during the era of the Wright Brothers and who remembered gathering buffalo chips to heat their dwelling.

Through various government jobs that his father had, Charles moved around the state. One job was with Franklin D. Roosevelt’s New Deal program with the Civilian Conservation Corps, started during the great depression, which resulted in a move to Great Falls. At an early age, Charles began work in the stockyards where he developed skills with cattle and horses and also picked up the nickname “Neckyoke” for the black scarf that was continually around his neck.

Charles migrated with his family to the Broadus area of Eastern Montana. There he became friends and was somewhat adopted by a pioneer ranching family that took him in and raised him on their ranch.

While in Eastern Montana Charles was involved in cattle drives from Belle Fourche, South Dakota to Billings, Montana and worked for the original Diamond Ring Ranch owners, the Scott Ranch and Benny Binion.

Charles began as a pickup man at local rodeos and the Miles City Bucking Horse Sale with Walt Secrest, Ann Secrest and Bud Pauley. His pickup man career would span 40 years and along the way included other pickup men such as Sam McDowell, Mel McDowell, Kenny Carpenter, Denny Dreyer, Dick Lyman, Ed Soloman, Gary Rempel, Jay Hogan, Tom Harmon, Bob Kunesh, Jay Hahnkamp, Kenny Claybaugh and Lewis Field of whom many began their career with Charles and then went onto work at the National Finals.

Charles picked up for thousands of bareback, saddle bronc and bull riders as well as dragging stock back to pens which resulted in a multitude of serious injuries including broken bones and concussions, not one of which he ever entered a hospital or rode in an ambulance. Injuries were something to be attended to once the cowboys his horses were taken care of. One incident occurred while he was dallied to a bucking horse in which his saddle horn came apart while the cowboy was still aboard. Instead of letting go of the bronc rein he kept a hold until the rider was off and safely to the ground resulting in a separated bicep muscle for Charles. A week later he went to a Doctor but unfortunately it was too late to fix.

In 1959 Charles moved to Dillon with his wife Joyce and new born son Lee. He began ranching and “cowboying” in the area and has been located there ever since. While in the Beaverhead Valley he received many awards and accolades including the Jefferson Award for Weed Control and Montana Stockgrowers Stockman of the Year.

In the 70’s at a Labor Day Rodeo in Dillon a bull had jumped over the arena fence where, as many times before, Charles roped the bull drug him back into the arena. PRCA Stock Contractor Reg Kessler was there and asked him if he wanted a job and 40 years later was still working for Kessler Rodeo. Some duties have changed over the years from picking up and supplying roping cattle to working the timed event chutes. Charles and Joyce have hauled cattle for Kessler Rodeo, Sankey Rodeo, Barnes Rodeo, Powder River Rodeo, Cotton Rosser, Jacobs Rodeo and others.

Charles has been involved in Rodeo and Ranching for 70 plus years and has spent a great deal of his life donating cattle and picking up at High School and College Rodeo programs.

Along with Billy Garrison and Clark Kenney he was instrumental in getting lights in the Harry Andrus Arena in Dillon increasing the chances for Dillon to get a shot at bidding the State High School Rodeo Finals – which they did.

Having donated cattle and services to the Western Montana College Rodeo Club for numerous years, Charles was entered into their hall of fame numerous times by WMC Rodeo Coach Olie Else.

Charles Hahnkamp has been fortunate to live as a Montana cowboy.