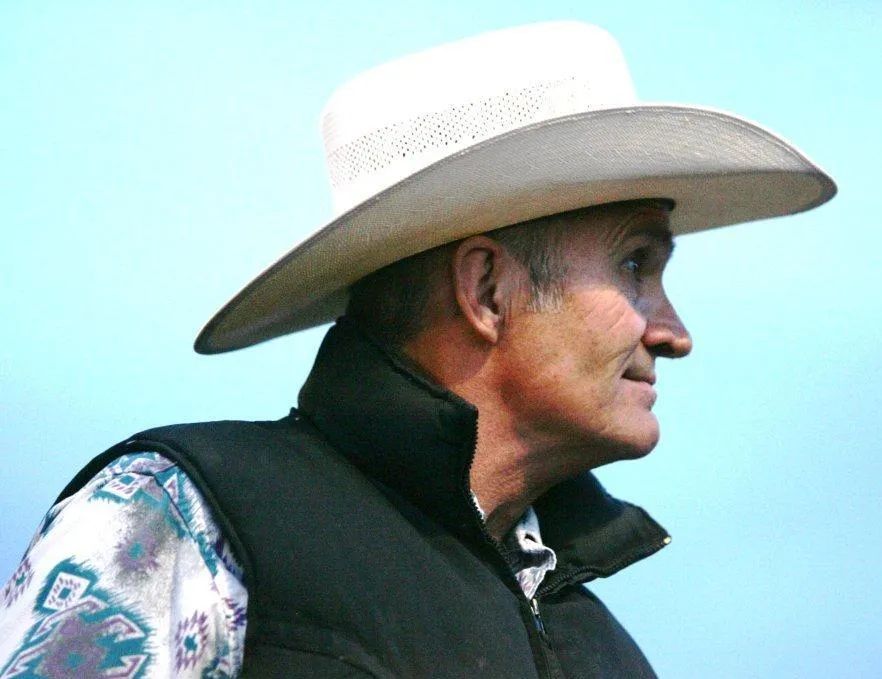 Robert Henry “Bob” Schall, Jr. was born June 25, 1950, in Missoula, Montana, but lived most of his life on and around the land in Arlee that his grandfather Rueben Schall homesteaded in 1910. Bob is a third-generation Montana rancher and grew up in a ranching and rodeo environment. His father, Bob Schall, Sr., ran cattle, buffalo, and horses and was a rodeo contractor for many years. Bob Jr. was steeped in this environment from a very young age.

In 1978, Bob and Shari competed in Major League Rodeo. It was organized and put on by Guthrie Packard, and the Schalls competed on the Denver Stars team against five other national teams. Bob and Shari each won “Super Bowl” rings — the only ones ever given, as the league fizzled out the next year. Then the Calgary Stampede picked up the idea and ran their rodeo in a “matched rodeo” style for three years. In the late ’70s, Bob won the Guy Weadick Award at Calgary. This was a real “Top Gun” award since the prize was a specially engraved 30-30 rifle. It was at Calgary, that Bob met cowboys from Australia, and in 1982, he and Shari traveled there and for two months, put on rodeo clinics.

In 1986, Bob rejoined the PRCA. He was awarded the Linderman Award, which is given to a contestant who wins at least $1,000, spread over three events, both timed and rough stock. This is a big feather in Bob’s hat, as only two Montanans have won this award.

Bob traveled in a 1,000-mile radius from home, including Canada, and was on the road for six plus weeks at a time, coming home only for short periods.

After 12 years together, Bob and Shari parted ways, but he married Pamela Gann in 1991 and they had a daughter, Emily, in 1993.

Bob had continued to rodeo because, he says, he was “too lazy to work and too scared to steal,” but anyone who can travel and compete, while continuing to ranch in their spare time, appears to have a very good work ethic.

Altogether, Bob has won 85 saddles. He still has 79, and knows where four more are. He also won over 400 belt buckles, representing six different events, including ribbon roping, which was an early event. His winnings are housed in a special trophy room.

Everyone who is lucky has a “once in a lifetime” horse, and for Bob it was “Neek.” He hazed and team roped on him for 22 years, and he was a solid and competitive partner. Although now it’s “just Bob and the dog” living at his house, he has had the love and support of four women during his life — first wife Shari, second wife Pamela, daughter Emily, and life partner for 12 years, Jill Ursua. He credits all of them with his success.

He has needed the love and support of his friends and family here lately, as he was given a diagnosis of colon cancer in 2012 and has had a rough last year, undergoing both major surgery and chemotherapy.

Out of this health challenge, though, has come a new chapter for Bob. Around Christmastime in 2012, Emily threw down a gauntlet, challenging her dad to try barrel racing — if he “thought it was so easy.” Never one to back away from a challenge, Bob started taking barrel racing lessons from three-time National Indian Barrel Racing Champion Yvette Vega, who is also training his horse. The culmination in this is that recently Bob won the Senior Barrel Race at Sapphire Arena, Corvallis, Montana, and Yvette, on Bob’s horse, won a buckle — which he claimed. So, now Bob has belt buckles from every single rodeo event there is — most likely an honor that no one else can claim.