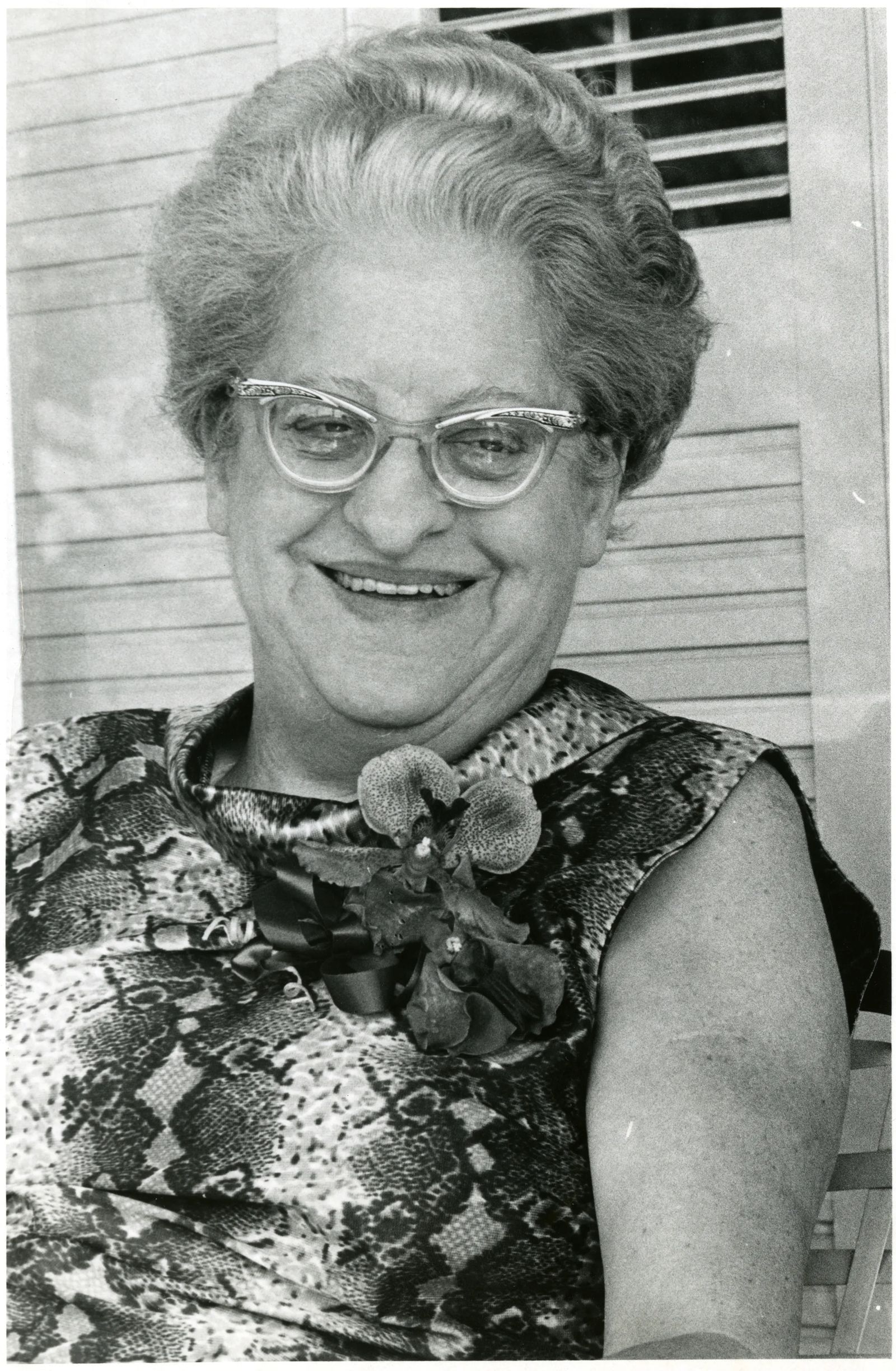 Dorothy M. Johnson was born December 19, 1905, in McGregor, Iowa, the only daughter of Eugene Johnson and Mary Louisa Barlow, and moved to Whitefish, Montana with her family in 1913. Rachel Toors said in her article in the Montana Magazine “She was raised by her widowed mother, was married for about 15 minutes to a creep and spent most of her life as a character.”

She began writing professionally as a teenager as a stringer for the Daily Inter Lake in Kalispell and from those early years developed the habit of observing well and writing consistently. Her writing career took off when she published her first story in the Saturday Evening Post, the major magazine of that time. During World War II she was temporarily sidetracked when she went to work for the Air Warden Service.

After the war she produced some of her best-known western stories, three of which were made into notable movies, namely: The Man Who Shot Liberty Valance (1949) Jimmy Stewart and John Wayne both played in this movie. Johnson described Ranse Foster, played in the movie by Jimmy Stewart, as an Eastern dude who was haughty, condescending, and cringing all at once, who spoke with a faint sneer and stood as if he expected to be kicked. Ranse’s first job in the west was shoveling horse poop. Ranse became a conquering hero and a Senator. But throughout it all, he didn’t get it! He spent a lifetime reinventing himself. In later life Ranse thought of the several men he had invented through the years and didn’t admire any of them much. Ranse was by no means ashamed of the conquering hero and Senator he finally became, except that he owed too much to other people. Even by the end, the dude still didn’t get it. A Man Called Horse (1950). The movie is based on her short story by the same published in her book Indian Country. Dorothy also wrote the movie script. Two sequels were made to the movie. They were The Return of a Man Called Horse (1976) and Triumphs of a Man Called Horse (1983). The noted British actor Richard Harris played the lead character in all three movies. The Hanging Tree (1957) the movie from Dorothy’s short story collection of the same name, is based on a true episode in Montana’s gold mining past. It is described as a vigorous, psychological western. The famous actor and Montana native son Gary Cooper was the star of this movie, which also featured George C. Scott in a major role.

Dorothy worked in publishing and lived in New York City for 15 years. While there she wrote about her beloved Montana. She said she was homesick and hated most of those years. There she learned about the “frontier” west at the New York Public Library. She researched the Plains Indians, tried to filter fact from pulp fiction, and tried to square the tales with her experience and reading. While there, too, as she established her reputation she encountered a brutal fact of the time, which she confronted head-on and ultimately triumphed over: she was working in a male dominated world and early-on found her bylines coming out in the national magazines as “D.M. Johnson.” Even though the male editors of the eastern, big city magazines loved her work, they wouldn’t acknowledge that the author of these incredible stories of the West as it was found in Montana was a woman. Dorothy stuck with it and eventually became known by her full name, particularly after the appearance of The Man Who Shot Liberty Valance (1949) and The Hanging Tree (1957). Dorothy M. Johnson was on the national stage for the rest of her life.

Between 1956 and 1960, Johnson taught creative writing at the University of Montana in Missoula, the college from which she also graduated. Prior to and during her tenure at the University of Montana she published numerous articles and fictional stories for many different magazines. These were often based on interviews with Western old timers and Indians she met during her tenure as secretary and researcher for the Montana Historical Society.

In the 1950s she was secretary/manager of the Montana Press Association. Throughout these years, little mention has been made of another aspect of Dorothy’s life: she went out of her way to help young writers, of both genders by the way, develop their own writing skills and assisted them not only in developing their own professional approach to writing but also in marketing their works so that they, too, became part of the published writing world of her time.

• In 1957 the Western Writers of America gave her their highest honor, the Spur award, for her short story Lost Sister.

• In 1959 the town of Whitefish gave her a key to the city and named her honorary police chief. The same year she was adopted into the Blackfeet Tribe and given the name of “Kills Both Places”.

• In 1972 Dorothy participated in the peyote ceremony of the Native American Church on the Crow Indian Reservation.

• In 1974 her hobby was collecting small lethal weapons.

• In 1976 she was awarded the Levi Strauss Golden Saddleman Award, for bringing dignity and honor to the history and legends of the West.

Johnson gave many speeches entitled How to Get On a Horse, and she sent out a Christmas card with a photograph of her attempting unsuccessfully and humorously to do just that. Another of her Christmas greetings started with “Friend and Foe and Faithful Reader: I continue to play the role of Probably Lovable Old Eccentric.”

In 2005 a 30-minute documentary film was made of Dorothy M. Johnson’s life by Sue Hart of Montana State University Billings, Gravel in her Gut and Spit in her Eye, and it was shown on PBS in November 2005. Sue Hart wanted to make sure that Dorothy wasn’t forgotten because people don’t remember her name ... only her work. Having spent far more years making good her ex-husband’s gambling debt than she did as a wife, she ordered, according to her obituary in the New York Times, that her tombstone read “PAID.” Dorothy M. Johnson died November 11, 1984, at age 78. She is buried at Whitefish.