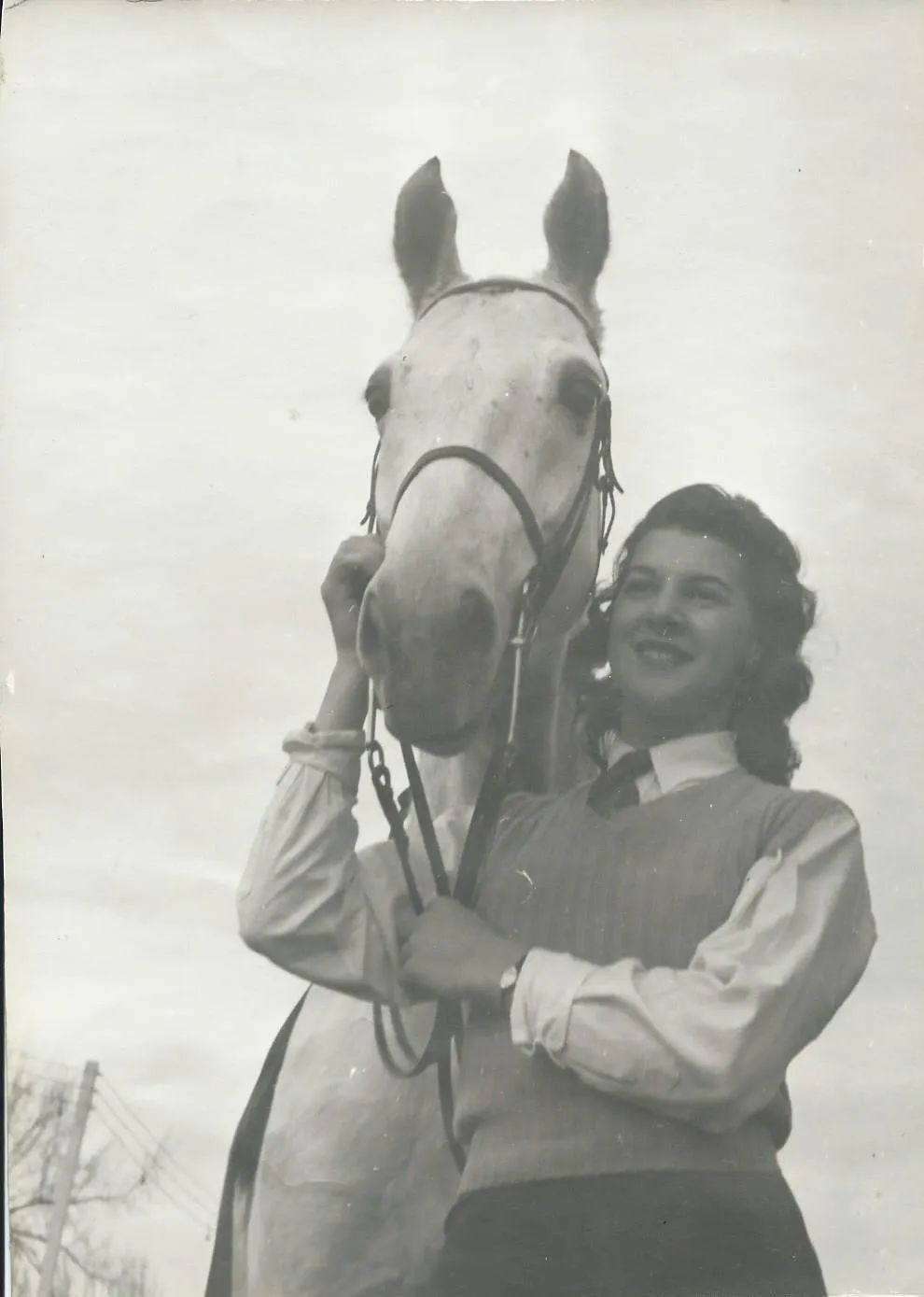 Fae Taylor Phillips was born February 5, 1927, to Neil Taylor and Florence (Kennedy) Taylor at Line Coulee near Scobey, Montana. It was during that same year, that Fae’s parent’s managed to buy a piece of ground of their own, thus beginning the Taylor Ranch. Neil gentled a nice colt for Fae by keeping him in the barn during the winter when he was a two year old. By spring “Kit” was ready to ride, and Fae began her life as a horsewoman. Kit was a favorite horse that Fae rode to school until she was in the 6th grade. Kit learned to jump a fence by himself. On one occasion Fae left Kit tied to a post and when she returned to get him, he was on the other side of the fence without a scratch. After that, she took advantage of his ability by jumping him over fences rather than riding him the extra mile to a gate, especially when she was out on the range checking cattle.

As time went on, Fae’s older sister Margaret helped her mother while Fae, always the outdoor girl, helped her father. She also assisted with visitors riding horseback at the Taylor ranch, trained horses, and participated in fairs, rodeos, and parades.

During the 1930s the family had to sell most of their livestock due to the economic downturn and drought of the Great Depression. At age nine Fae helped her Dad trail twenty head of horses 16 miles to Scobey on a cold November day as the horses had been sold and were being shipped out by railcar.

In 1936-37, the Taylor sisters were transported to and from the “Joy School,” nearly five miles from their house in the same hay sled that their father used to haul feed to the families’ remaining livestock. The winter was so severely cold that their mother heated rocks which were placed in the sled and would then cover the girls with a buffalo robe to keep warm.

According to the book entitled A Destiny Determined by the Flight of the Wild Filly, a family history by Fae Taylor Phillips, the Taylor Ranch represented great fun as well as work. On the ranch, Fae’s Dad established “Taylor’s Beach” on the Poplar River four miles from the ranch buildings. It featured a bath house, a swimming hole at the river, a picnic area, baseball diamond, and a bandstand and open air dance floor for summer celebrations. During these “Good Old Days,” neighbors, relatives, and friends got together and created their own amusement to enjoy themselves despite dry years and hard times.

Fae spent time riding a spirited horse her father bought from a neighbor who had in turn purchased at the Denver Stock Show and found to be more than he could handle. The horse named Champagne II was the Grand Champion Palomino Quarter Horse at the 1945 Denver Stock Show. Champagne was out of a Steel Dust mare and a grandson of Peter McCue. One of the Taylor’s hired men referred to him as the “flying carpet.” Fae is pictured on Champagne in a Wolf Point Herald newspaper article on May 25, 1950, the year she was selected as Rodeo Queen.

Six months later, on December 16, Fae Taylor and Robert K. Phillips were married. “Bob” and Fae lived and worked on the Taylor ranch southeast of Scobey from January 1951 until January 1958 at which time they bought part of the Phillips ranch north of Lewistown and moved to their own place. Bob and Fae had two sons, James Edmund born in 1951, Wesley Jay born in 1953, and a daughter Julie Marie Hansemann born in 1968. Both Jim and Wes returned to the ranch. Wes, and his wife, Susan ranch near the east side of the Moccasin Mountains and Jim lives near Warm Spring Creek. Julie lives at Helena, Montana. Fae’s interest in and love of horses didn’t go unrecognized in her offspring as her sons have remained on the ranch and her daughter was a competitive horsewoman while she was growing up. Julie participated in horse shows as a young woman and showed Two Fox Desperado, a horse that was a great show horse as well as being useful at home on the Phillips Ranch. Like mother, like daughter, Julie also liked to jump her horses over fences.

Fae Taylor Phillips has spent a lifetime in ranching; first as the child and adult daughter of a rancher, second as a rancher’s wife and helpmate, third as the mom and instructor of two sons who returned to the ranch and a daughter who also became an accomplished horsewoman. Fae Taylor Phillips and her husband Bob reside in Lewistown near the ranch where they first lived when moving to Lewistown 55 years ago.

There in the stockyards where the ranchers go

We looked through the pens row after row,

My heart skipped a beat at the next thing I saw

Remembering the past as I stared in awe---

Violet and Jewell were standing there

Snarls and tangles in their red-roan hair,

Once lovely young things without any cares

Two of my Daddy’s favorite mares!

Scenes of my childhood flashed through my head

The pasture full of horses on the old homestead

They’d raised their colts in those hills of home

Still hard to remember, my Daddy is too……..

A Destiny Determined by the Flight of the Wild Filly by Fae Taylor Phillips, 2009