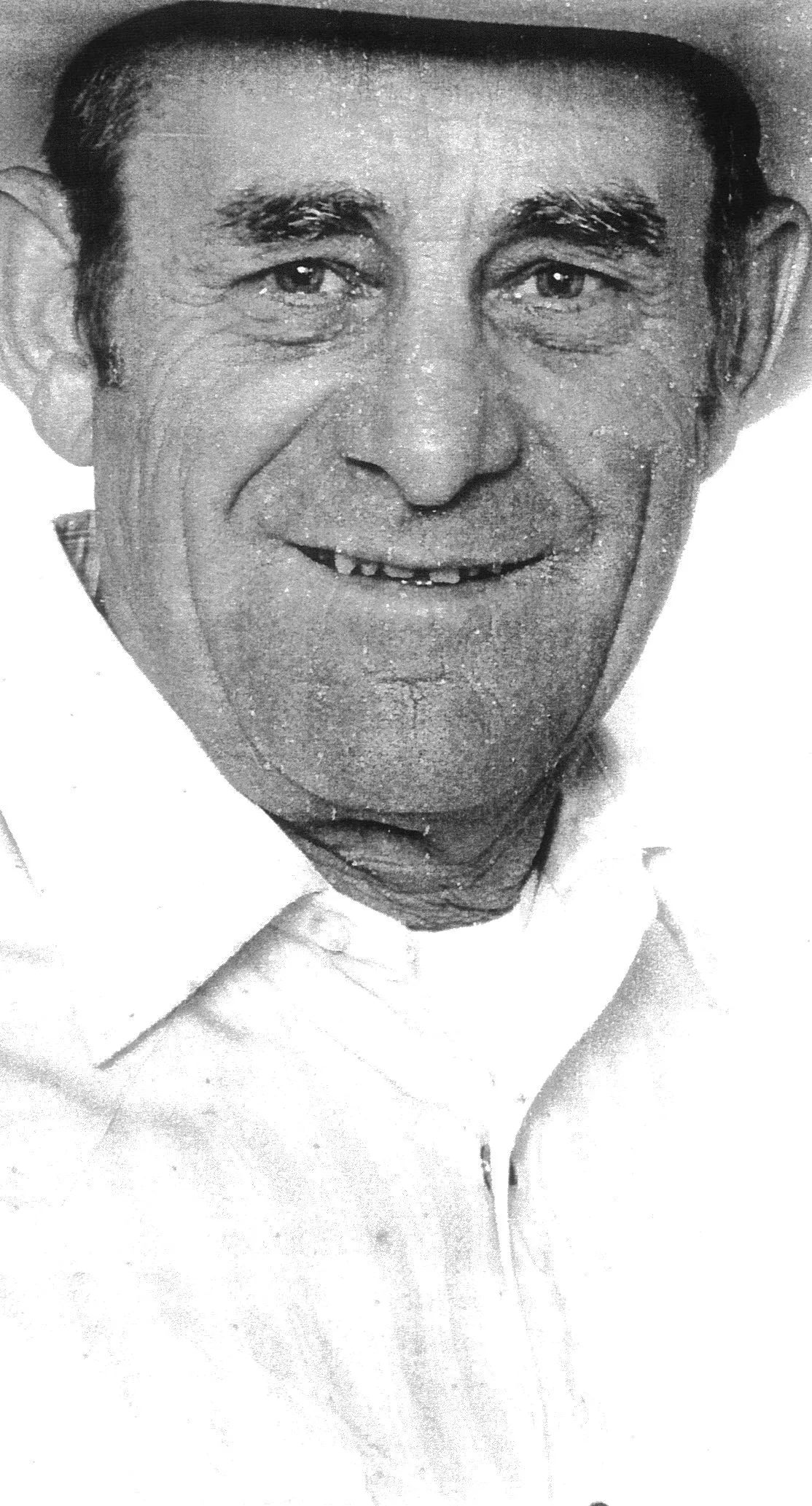 Walt Holland is a third generation Montanan having been born May 24, 1923, in Helena to William and Edna (Brown) Holland. He was the fourth child in a family of six sons and one daughter. Walt’s father, William Holland, was raised at Holland Lake, north of Seeley Lake, where his family lived off trapping and breaking and selling horses they found in the mountains of northwest Montana. They made a few trips to town each year, the nearest being Helmville and Ovando. Walt’s father and grandfather made part of their living working with horses back into the late 1800s.

Two of Walt’s uncles made their living for a few years traveling across Montana, stopping in local bars and betting the locals they could ride the roughest bronc they had, double. One of the uncles was killed, however, when he was kicked by a bronc as he got bucked off. The family wasn’t close, and not exactly traditional, so there are a few stories and legends, but little else is known about Walt’s family. Montana Magazine did an article many years ago about Walt’s grandfather and Holland Lake. Early known Montana survey crews lived at the Holland ranch while surveying northwest Montana.

Walt’s education with horses began with the ones he rode every morning and afternoon, herding milk cows from the family home on Villard Street back and forth to a pasture near the County Fairgrounds (at that time it was the State Fairgrounds). Walt’s father owned racehorses for much of the time while Walt was growing up.

He didn’t finish high school and tried to enlist in the Army when WWII broke out, but though he lied about his age, the Army wouldn’t believe him. The copper mines in Butte weren’t so diligent about checking ages, however, so he began working in the mines when he was 16. Finally, when he was almost 18, the Navy enlisted him and sent him off to boot camp. Walt never learned to swim, a requirement to join the Navy, but it was wartime and he spent it stationed on the USS California. The Navy trained him as an electrician. His job was to attend to the big guns as they were firing and constantly requiring electrical repairs.

After the war, Walt worked at a number of jobs before finding work with his other passion, cars. The Helena Ford dealer hired him in 1947, as a Parts man, and by the late 1950s, he was Sales Manager and part owner of Capital Motors. In 1957, he broke off from Capital Motors and opened Helena’s first used car lot, Holland Auto Sales, where he sold cars, trucks, horse trailers, and you name it for 25 years. The lot became a place to hang out for farmers in the winter, cowboys between rodeos, and friends from out of town stopping by for a visit. It’s where Walt gained hundreds of close friends. A handful might have bought cars and trucks from him, but he bought them all lunch regardless.

In the early 1950s, Walt leased a ranch in the McClellan Creek/Crystal Creek area and bought a couple horses. He learned to rope calves, and in the mid 1950s began rodeoing. In 1959, Walt bought a small ranch in the Helena Valley, where he trained a lot of rope and bulldogging horses and just like his car lot, the ranch on Floweree Drive became a hangout. Soon after the arena was built in the early 1960s, ropers and bulldoggers spent their summer evenings, practicing and having a good time. Many were successful ropers and bulldoggers in the Montana rodeo circuits, High School Rodeos and College Rodeos. By the mid-1970s, Walt was teaching dozens of young ladies to rope, many who went on to be competitive ropers. One had a successful run at the National High School Finals Rodeo, riding one of Walt’s horses. Through the 1960s and 1970s, the ranch was also a popular stopping point for cowboys traveling between the summer rodeos in Calgary, Cheyenne, Helena and Great Falls. The ranch was sold in 1997.

When it fell into financial distress, he took on the job of producing the annual high school rodeo for south central Montana, turning it once again into a successful organization. He did this at a time when his daughter had already graduated from high school and his son had not yet reached high school age – a testament to his generosity. Walt helped put on the Last Chance Stampede in Helena and was a fixture at the timed event chutes for many years. He also served as Co-Chairman of the rodeo. He helped with the All Girl Rodeo held previous to the Stampede.

Walt always had the best looking hay fields, his white fences always had a coat of fresh paint, and his ranch was a showcase in the Helena Valley. There was no limit to his energy, and he wasn’t one to sit and watch television. After retiring from the car business in 1982, Walt found he didn’t have enough to do. He had always shod his own horses, and for a few friends, but at the age of 62, he started shoeing horses professionally. Pretty soon, Walt was averaging eight horses a day, which is a lot of work for a young Farrier, let alone a man in his 60s. He became known as the “go to” farrier for rodeo people, and while almost all other shoers travel to their customers, he was so talented and well respected the owners had to bring their horses to him. Walt reluctantly stopped shoeing at 72 due to heart problems.

Throughout his life, he has been the neighbor you called when you needed help moving cows, putting up hay, repairing your 4-wheeler, or just an ear to listen to ones troubles. He never turned anyone down. Even in his late 80s, he’s still often on his horse helping friends move cattle or crawling on the ground fixing their swather. Now they are starting to return the favor as there are a handful of people who jump at the chance to feed his horses if he’s gone, or put up his hay if he’s ill.

Though they loved him dearly, his grandkids were reluctant to go Christmas shopping with Walt as he could not walk twenty feet through the mall without stopping to visit with a neighbor or old friend. A few minutes of shopping involved hours of shooting the breeze.

It’s difficult to honor someone who has spent most of their life humbly helping others but in January 2012, Walt received the Heritage Award from the Montana Pro Rodeo Hall and Wall of Fame. It was one of his proudest moments.