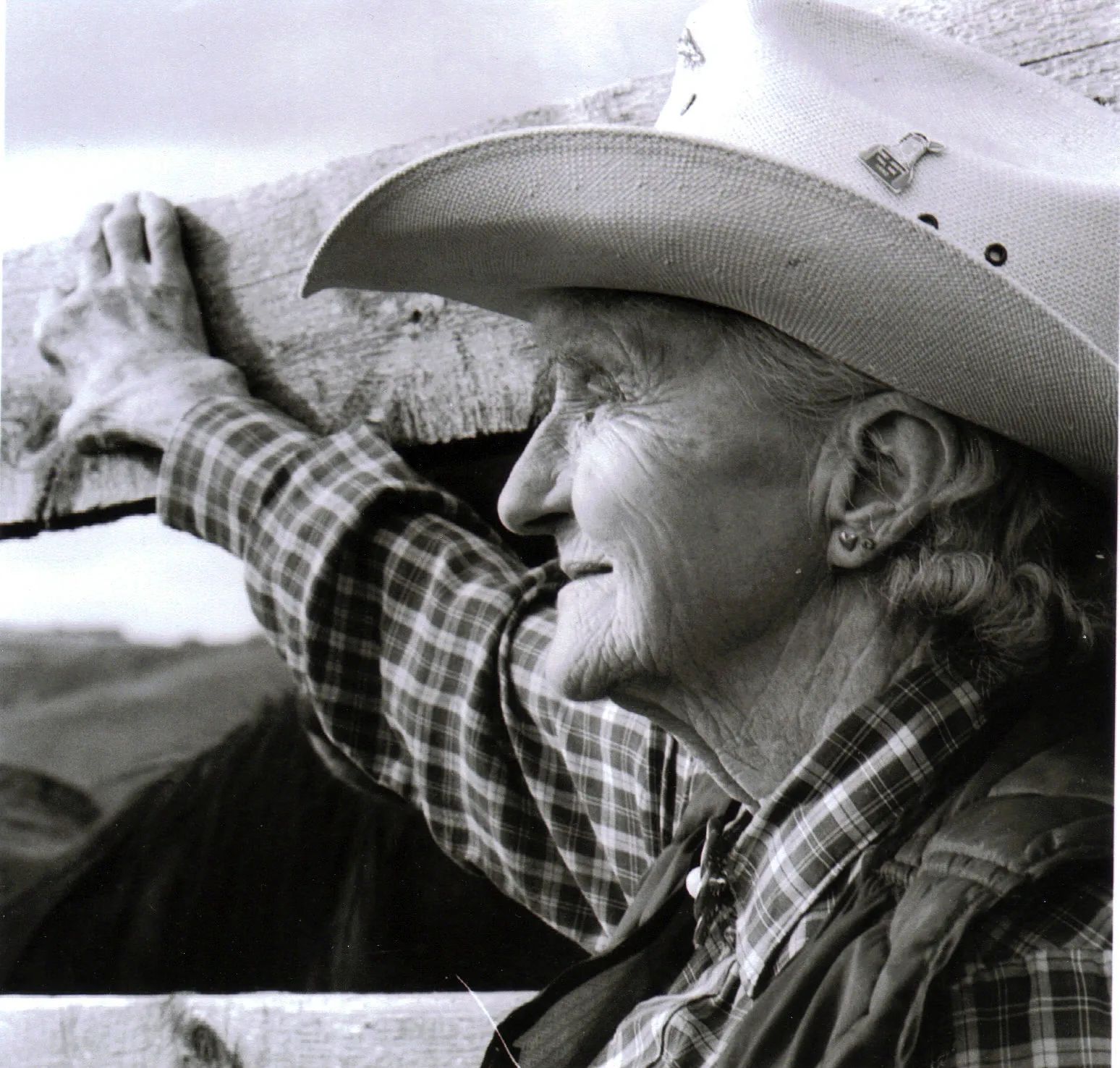 Julia Loraine Jackson was born in a small log house on March 28, 1915, at the home ranch near Boyd Creek five miles outside of Lewistown, Montana. Her parents, Dorman and Julia (Clifton) Jackson, introduced Julia to a riding career when she was two and a half years old, on a black and white Shetland pony named Lucky. This began a lifelong passion for Julia, and she was never without owning horses during her lifetime. Over the years her extensive experience has included managing rodeos, barrel racing, pole bending, and training saddle horses. Her dad built one of the first arenas in the area for horse shows and rodeos and Jackson arena still exists today.

At an early age Julia and her sister Bobby were learning to train horses. They also helped care for the registered Hereford cattle for which their ranch was well known throughout the Northwest. The Jackson children were home schooled by their mother. As 4-H members the Jackson sisters won national recognition at stock shows in Portland, Oregon; Omaha, Nebraska and St. Louis, Missouri and also won many championships at Montana stock shows.

Over the years, Julia raised a variety of horses including Appaloosas and Cleveland Bay Horses which her grandfather brought from England to Iowa and then from Iowa to Bozeman, Montana.

In addition to her duties on the ranch, Julia worked at the local livestock auctions for almost 30 years. Even in below zero weather or pouring rain, Julia rode her horse the five and one half miles to town each week, leading one or two horses to be used at the stockyards.

Julia was a member of the Appaloosa Horse Club, which sponsors the Chief Joseph Appaloosa Trail Ride. Organized in 1964, this 1,400 mile trek traces the route Chief Joseph and the Nez Perce took in 1877, when they out rode U.S. troops. Unlike Chief Joseph, who completed the trip in one year, the group covered 115 miles each summer, taking 13 years to travel from Joseph, Oregon to Chinook, Montana. Julia joined the first ride in Cody, Wyoming, with three sections remaining. That first ride was on Tecumseh, an Appaloosa colt in training that year. She rode Tecumseh on the Chief Joseph Trail for another 21 plus years, some of which she was the chief scout on the trail.

While operating Jackson Arena, Julia raised and trained horses and gave riding lessons to several groups. She was also the leader of the Lucky Horseshoe 4-H Club and participated in the Easy Riders Horse Club, Central Montana Harness Club and the Judith Basin Back Country Horsemen.

In her 80’s Julia was still managing her ranch, taking care of her horses and living out at the ranch on her own. Julia used to say that her dad always said that if you were in the hayfield at seven instead of eight in the morning, by the end of the week you would have done an extra day’s work. That philosophy stuck with Julia, as she was up and working at 5 a.m. most mornings.

For those who knew her, Julia Loraine Jackson was a poignant connection to the past, representing the spirit and character of a time long gone. She was at once charming and tough; a real Montana cowgirl. She was not hardened by the laborious lifestyle she led. She did not drink, smoke, swear or chew tobacco. She had a strong belief in God and read her Bible regularly. She had a warm personality and poise with which she carried herself and was in every respect a lady. When you met her you knew you were in the presence of someone extraordinary, someone caught between the past and progress who managed very well. She called many “a special friend” and often told you how much she loved you.