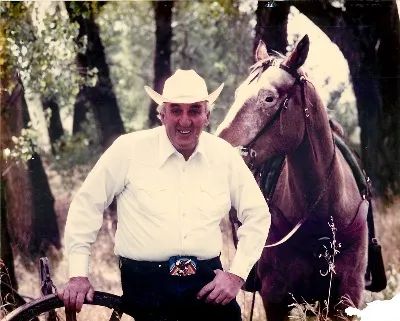 Francis was first elected to the Montana House of Representatives in 1958. He was re-elected 17 times and served the state for 36 years. He was a Democrat who was considered a social liberal and a fiscal conservative. Though he retired from the Legislature in 1994, he remained active in both politics and the family farm and ranch for the rest of his life.

Bardanouve is honored, remembered and recognized because:

He became the champion for the deinstitutionalization of patients who had been warehoused at the state hospitals at Warm Springs and Boulder.

He is credited with reforming the state’s institutions for people with mental illnesses and other disabilities. (He took his sleeping bag and camped out at state institutions over weekends to see what the conditions were like).

He inspired and mentored many legislators. He helped with the creation of three new nonpartisan services providing information and advice to the Montana Legislature. (These services are all housed in the Bardanouve Wing of the Capitol).

He led the charge to create the Legislative Fiscal Analyst office that gave the legislature the power to independently analyze and set budget policy and priorities for the state.

The Harlem, Montana Post Office was named after Francis Bardanouve in 2002, as the result of federal legislation sponsored and carried by Denny Rehberg. Bardanouve and Rehberg served together in the State House.

He pressed for funding of a full-time professional staff for the Legislative Council to replace a system in which lobbyists and corporate lawyers often drafted legislation that was introduced.

He served ten Montana Legislative sessions as the Chairman of the powerful House Appropriations Committee.

He played a major role in turning the Montana State Prison ranch from a business that consistently lost money into a viable business enterprise.

He had a near photographic memory, was always a gentleman, and had good friends on both sides of the political aisle.

He graduated from high school in 1937, at Harlem and was awarded an honorary doctorate degree at Montana State University, Bozeman. Venus Bardanouve was awarded her doctorate on the same day.

He worked hard to overcome his speech impediment so he could go to the capitol and be heard. As a child he earned the name “Torp” torpedo by fighting back when he was bullied. As an adult he ended up marrying his speech therapist from Helena, Montana.

He was honored in 2011, when a wing of the Montana Capitol was named after him.

He was a great supporter of education, to the extent that it was fiscally responsible.

When asked which he’d choose if forced, his Helena life or his Harlem life, he paused quite a while. “I guess I’d take the ranch,” he finally answered. Of all his accomplishments, he often said he had but one regret in life: “I never got to ride my horse over the beautiful landscape that encompassed the prison ranch at Deer Lodge.” When he died March 17, 2002, he was still on the advisory board of the Montana Prison ranch.