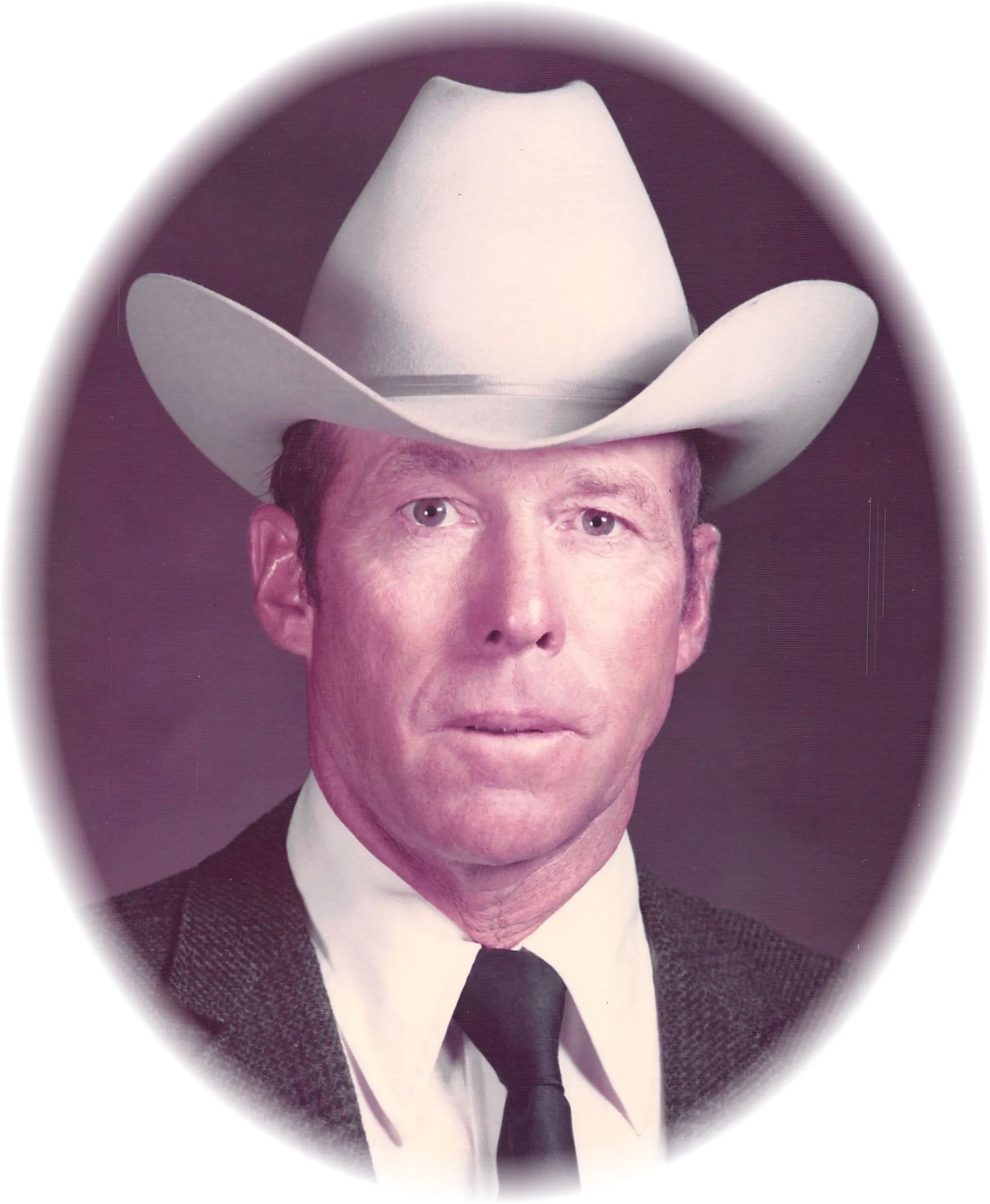 C.M. Coffee was born May 22, 1921, to Clyde Merwyn and Abbey (Gripp) Coffee. He was raised on a ranch near Miami, Texas along with two younger brothers, Walter and Tom.C.M.’s father died of severe injuries sustained from a horse accident when he was nine. Early on, C.M., who was with him at the time of the mishap, came to understand the importance of proficient horsemanship and honed those skills over a lifetime. C.M.’s mother instilled lasting manners and the ways of a southern gentleman in her boys that have stood the test of time.

With the Panhandle hard hit by the Dust Bowl of the 1930s C.M. started working for neighboring ranches after school and on weekends, in addition to helping his mother with work on the Coffee place. During this time C.M. also started entering local rodeos. He competed in all events except for bull riding. As a natural horseman, it didn’t take C.M. long to realize he “didn’t know how to properly sit on a bull.” As he matured, so did his rodeo circle. C.M. won numerous saddle bronc, roping, dogging and all-around titles throughout the entire panhandle area of Texas, Oklahoma and New Mexico.

Upon graduation from high school he was drafted into to the United States Army Air Corp. It was during his military service that he first came to Montana. He was sent to Missoula and received training in flight, parachuting and related areas. However, since the Japanese surrendered during this time, C.M. was sent to be a tail gunner on a B52 in the Army’s mop up operations in the Pacific Theater. He was eventually stationed in the Philippines, traveling throughout the U.S. and the Pacific.

Upon honorable discharge from the Army, C.M. returned to Texas and rodeoing. He was rehired to work on a ranch that he had worked on in high school. Not long after his return, the ranch owner asked C.M. if he would like to go to Montana and run a new ranch the owner had recently acquired. C.M. took the opportunity and headed north to a ranch located in the Pine Hills just southeast of Miles City, Montana.

C.M. worked hard and saved his money. Over time, he bought half of the ranch and became partners with the owner’s son. Eventually, the son sold his interest in the place to C.M. Years later, he. would sell this ranch and buy a cattle & sheep operation at Sumatra, Montana. Through the decades C.M. has owned, operated and leased ranches across Custer, Rosebud and Prairie Counties. During this time, C.M. continued to rodeo throughout the region. He successfully competed in many of the areas top venues, including Calgary, Canada, the Wolf Point Wild Horse Stampede, and Cheyenne Frontier Days in Wyoming.

In addition to ranching C.M. was a director and owner of the Miles City Bank which later grew into the Stockman Bank of Montana. As the bank expanded, C.M., oversaw that the bank’s focus remained on the customer. He provided insight into agriculture, the producers and the markets for over 50 years.

C. M. was a fourth generation and lifelong Shriner as well as a 60-year member of the Miles City Sage Riders Club. He was inducted into the Montana Pro Rodeo Hall & Wall of Fame in 2008.

C.M. is a true cowboys’ cowboy. He loves every aspect of ranching and could do it all – roping, riding, doctoring cattle, and knowing the business economics. He understands livestock like very few do. After over 60 years of Montana cowboying, C.M. is still involved in the family ranching operation he started so long ago.

C.M. has two children and two grandchildren. He and his wife, Virginia, are proud to call Miles City home.