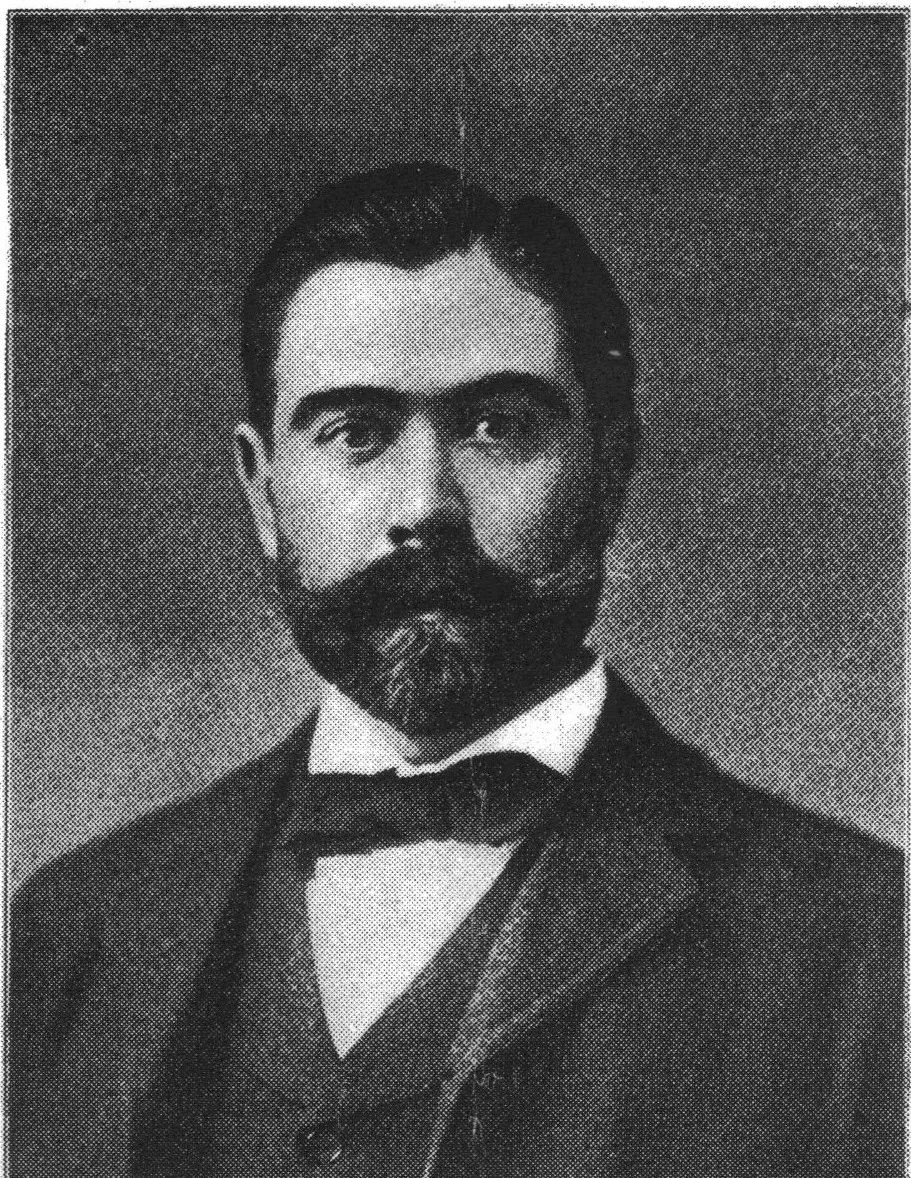 Pierre Wibaux was born in Roubaix, France in 1858, to a family that for nearly a century had been prominent in the textile fabrics business. He received a liberal and technical education and spent a year in the army before his father sent him to England on a two year tour of the manufacturing districts. There he met his future wife and from English families learned about the wonderful opportunities in the cattle business in America. Wibaux was adventurous and ambitious to make his own mark in the world so he decided to visit the “states”. His father wanted him to join the business with his brothers but reluctantly consented to Pierre’s wish to become a cattleman. His father furnished his modest capital of ten thousand dollars since he thought the venture hare-brained.

Wibaux and an army friend came to present-day Wibaux in 1883, and engaged in ranching. During this time he lived in a very primitive dugout where he ate and slept during brief intervals while learning the duties of a cowboy, foreman and rancher while eating and sleeping beneath the stars. After three years he was at the end of his resources and returned to France.

In 1887, Wibaux returned to Montana with his young English bride. The winter that had just passed had been the most severe winter in history and eighty-five per cent of the range cattle had perished. Undaunted Pierre bought the remnants of the large herds that had survived. This time he seemed to have an unlimited supply of capital. At one time his herd was estimated at 60,000 head. He established his W Bar Ranch at Beaver Creek which was located twelve miles north of present day Wibaux. Here he built a large ranch house, a house for the foreman, bunk houses for the 20 cowboys, and housing for the servants he brought with him from France. He built up another ranch sixty miles north of Wibaux and several line camps, thus the W Bar cattle ranged from the Little Missouri river west to the Yellowstone and from the Northern Pacific railroad north to the Big Missouri. Shortly after locating on Beaver Creek he induced the Northern Pacific to build stockyards at Wibaux, while he took the town of Wibaux in hand and began improvements in the little town. He built an office in Wibaux with a sleeping room and kitchen which is currently a museum. The office sported a lawn and many beds of flowers. Cowboys told of the Mrs. Wibaux inviting them to this spot for rest and refreshments after cattle were shipped.

The first rodeo in the area was put on by the Cowboys of the W Bar for entertainment of the French Nobility visiting the ranch. Wibaux paid a prize of $30 to the first man to rope, throw and tie a steer. The contest was staged on the plains without the aid of an enclosure. Wibaux was no tenderfoot as he was an excellent boxer as well as an accomplished horseman. He was described at age 30 as being above average in height, nearly 200 pounds, and an accomplished horseman both in the saddle and at driving his spirited team. He often rode on the roundup while enduring the mud, cold rains, and heat while taking orders from his foreman. He was known as a good man to work for, fair to his men, and kind and thoughtful to his proven friends. He was also known to be overbearing and haughty to those who tried to use his friendship to further their own designs.

Cyril, the Wibaux’s only child was born in 1885. He was educated at home until the age of fifteen when Wibaux leased a fashionable apartment in Paris for his wife and son in order to assure that his son served in the French army and received a thorough business education.

Wibaux ran cattle in the area until 1900, when settlers began coming in such numbers that ranching on a large scale was no longer feasible. After disposing of his interests at Wibaux he became President and principal owner of the State National Bank in Miles City and was the President and principal owner of the Clover Leaf Gold Mining company at Deadwood, South Dakota. He also had business interests in France, Mexico, California, and in the Klondike region of Alaska.

Much of his time, during the last years of his life, was spent in travel. He requested that his remains be brought back to Wibaux prior to his death at age 55 in 1913. His likeness is cast in bronze, is over nine feet in height and is mounted on a huge granite slab above his tomb. He is represented wearing a buckskin jacket and trousers, a Stetson hat, and the chaps of a cowboy. His rope lays coiled at his feet and one hand rests on a rifle at his side while the other holds a pair of field glasses through which he seems to be gazing over the countryside.

This gallant Frenchman, in spite of his wealth, and his years spent in foreign travel desired to be brought back to rest in the lonely hills at Wibaux. It is thought that he must have found peace and contentment that life elsewhere denied him.